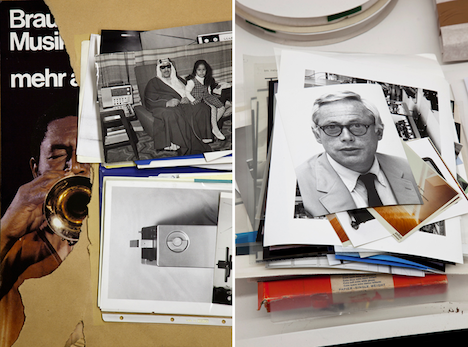 We've been eagerly awaiting Sophie Lovell's new book Dieter Rams: As Little Design as Possible and today, Phaidon released a sneak peek at what the book has in store for us! For the project, photographer Florian Böhm was invited to document the Braun Archive and the house of Dieter Rams in Kronberg, Germany. His images provide a fascinating peek at the previously unseen world of Dieter Rams.

There have been several books about Rams' work and impact in recent years (including the Klaus Kemp's Less and More which we reviewed in 2009), but what sets this weighty, almost 400-page tome apart is that Lovell spent three years with Mr. Rams writing the book. Sophie painstakingly helped to catalog decades of Dieter's work, and in the process, recorded his thoughts on everything from aesthetics in general to what makes a good designer. Each of his pieces is documented in chronological order, and fantastic photos are aplenty with details of product, rare images of prototypes, models and sketches, as well as shots of Ram's workshop and studio. 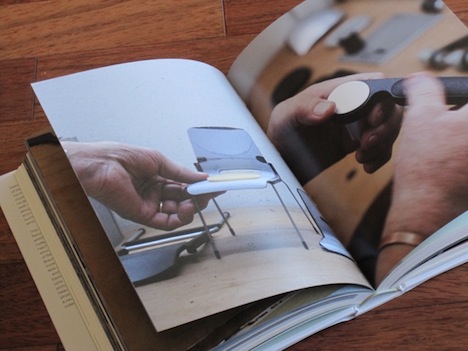 The forward is written by Apple Senior Vice President of Design, Jonathan Ive, and the back of the book features interviews from 6 of today's most influential designers: Jonathan Ive, Naoto Fukasawa, Jasper Morrison, Sam Hecht, Konstantin Grcic, and Core77 friend and contributor / frog creative director, Michael DiTullo. Stay tuned for our more in-depth review and coverage of Dieter Rams: As Little Design as Possible and check out more pictures of the book after the jump!