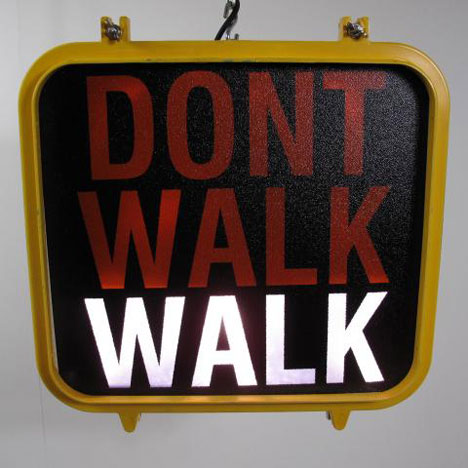 Worst case scenario, you design an object that becomes famous, get paid a measly municipal hourly wage for it, and no one knows if you're alive or dead because no one knows your freaking name in the first place.

That latter situation is the one faced by the man, woman or team that designed NYC's iconic Walk/Don't Walk electric streets signs. If they're still kicking around, this has gotta burn them up: The decommissioned signs (now replaced by LED-lit icons rather than words) are being sold for about US $1,500 each by UK salvage company Trainspotters. 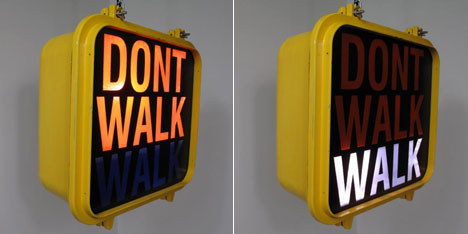 We have a quantity of these original classic street signs now decomissioned from the streets of New York City. Our batch of signs sat in a storeroom and never made it onto the streets - they became surplus in 1999 when the decision was made to replace these NYC icons with an LED graphic version more suited to a culturally diverse populace. Made of cast-aluminium and vandal proof tempered glass, All are in the original NYC yellow. Supplied fitted with completely new circuitry designed to flash at timed intervals, and with new internal E27 bulbholders and braided flex as required. Can be wall mounted or suspended.

Next we'll be seeing those crosswalk light-changing buttons for pedestrians going on sale. Those should be considerably easier for a reseller to rewire since, as every urbanite knows, those buttons aren't actually hooked up to anything.