The notion of designing a vehicle that is equally at home on a racetrack and on city streets is, in many ways, a fools' errand: the criteria for each tends to diverge to the point of being mutually exclusive.

That said, designers will be damned if they don't at least make an effort, and a couple of our more ambitious Coroflot members have made worthy attempts at doing so: South Korean Lee Jung Hoon has tackled my conveyance of choice, the track bicycle, while Tel Aviv's Eyal Melnick takes on the "electric supersport motorcycle." 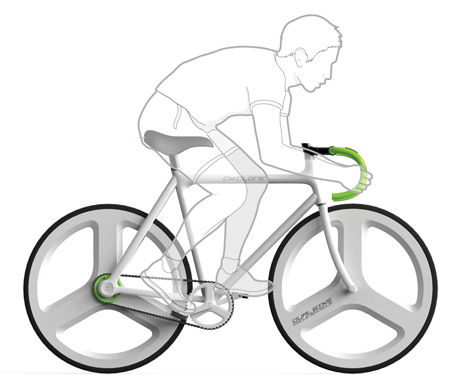 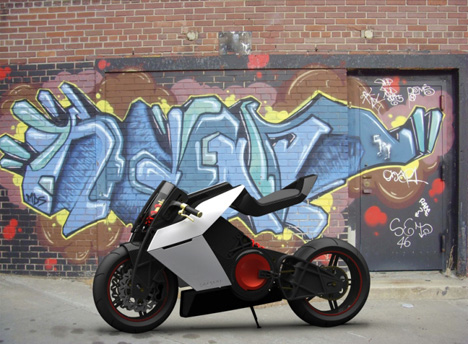 (My commentary will largely focus on Lee's "Cyclone"—I've only been on a motorcycle once in my life—so hopefully some of our more motor-inclined faithful can share their input on Eyal's "Shavit.") 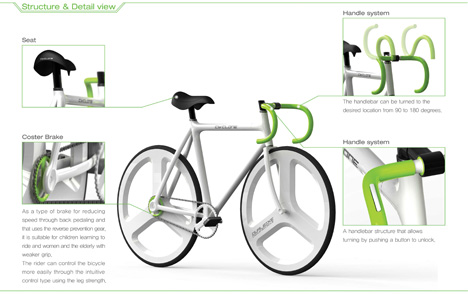 Lee Jung Hoon has been working in three dimensions for the better part of the past decade, transitioning from a background in ceramics to his current pursuit of product design; hence, his portfolio runs the gamut from graphite drawings to product concepts. Hoon's idea for "Cyclone," an example of the latter, recently caught my eye. 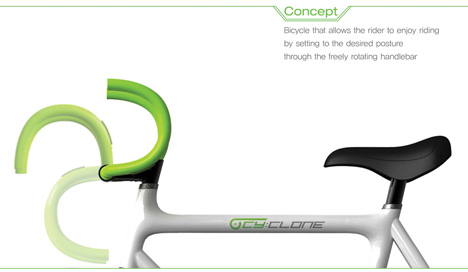 In short, the "Cyclone" is a convertible handlebar concept that allows a rider to switch from the aggressive "aero" posture to a more relaxed upright position with the push of a button. In the first position, they look like traditional track (i.e. deep) drops, which can be rotated 180° around the axis of the clamp area to switch to leisure mode. 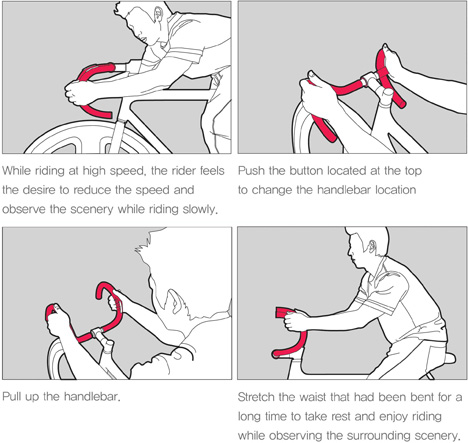 The biggest problem that I can see would be issues with mounting handbrakes, where levers and cables tend to be designed (or at least installed) for handlebars in a single position: even if the cabling is run under the griptape, a hooded or cross lever would be backwards in one of the two handlebar configurations. 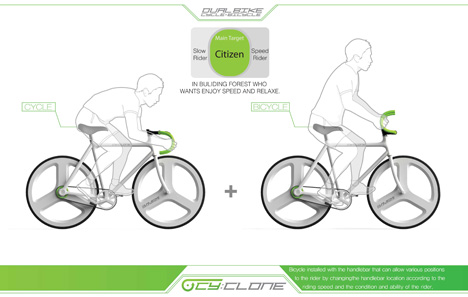 Meanwhile, insofar as it is the only way to stop or decelerate, the proposed coaster brake seems like a bad idea on the track or on the street: it may not have the reliability or stopping power for urban settings, while a fixed cog grants a racer ultrafine control over his or her speed.

Moreover, the positioning of the button strikes me as a little odd for drop handlebars: riders who use hooded brake levers would be resting their forearms on the buttons. Still, the button positions make sense ergonomically—perhaps they could be on the underside of the handlebars so they're out of the way in drop mode. 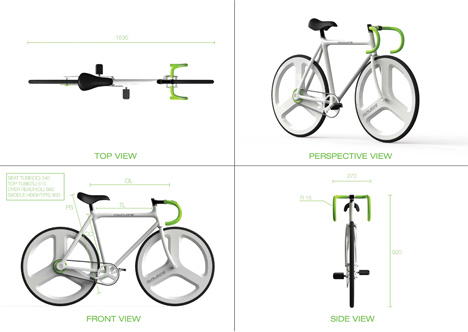 At best, it's an interesting idea that may need some road testing from actual riders—it is, after all, still a concept, an idea that has been translated into images. That said, my inner bike geek can't help but note that rear sprocket looks like it has twice as many teeth as a typical fixed cog and there's no foot retention... not to mention the lack of drop-outs. (Diggin' the aerospokes and tight track clearances though.) 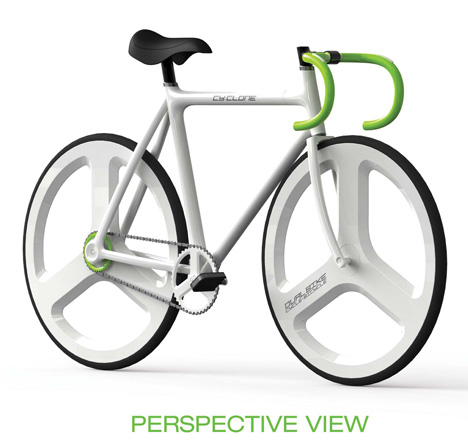 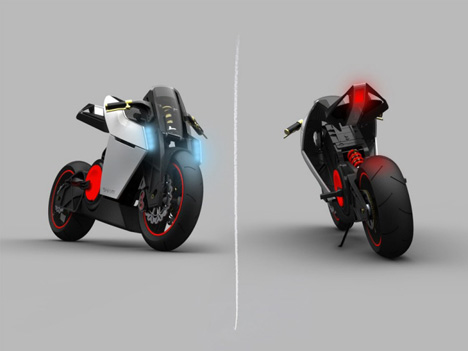 As for "Shavit": sincerest apologies to Eyal for not being able to provide any meaningful feedback on your design. 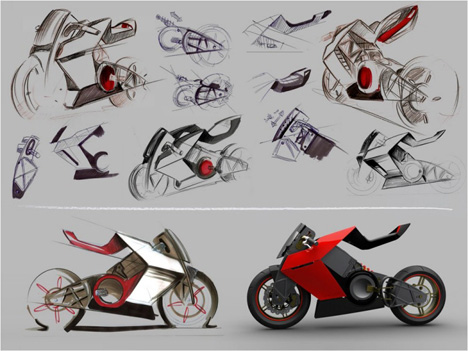 For what it's worth, the renderings and concept photography look great, and the video captures the concept perfectly (as well they should, for a graduation project)... but unfortunately, I don't know the first thing about electric motorbikes, much less the practical considerations of riding one on the track or on the streets.

In fact, it looks like more or less the same idea: the urban configuration is more upright, while the rider leans forward in racing mode. However, it looks like both the seat and handlebars tilt forward to allow for the more aerodynamic posture. 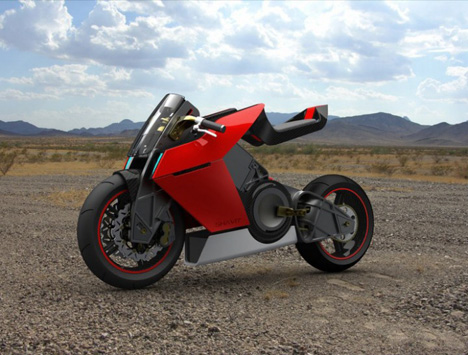 At very least, it looks a bit more polished than the "Cyclone"... which, again, is appropriate for a final project. 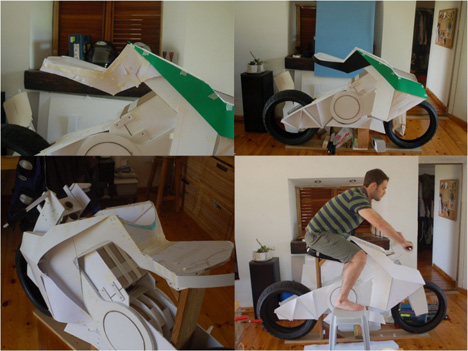 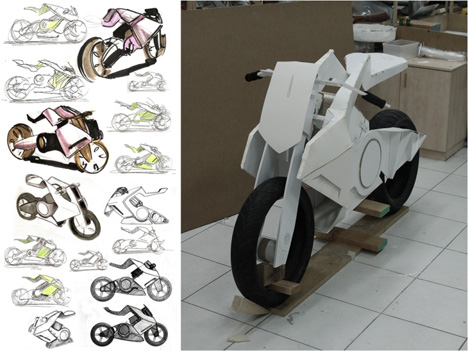