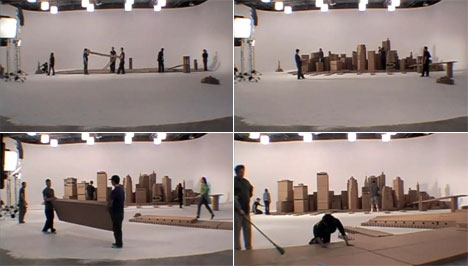 NYC-based Humble Films shot this killer promo for Ikea three years ago when they opened their Brooklyn outpost. Three days ago shooter Robert Lyons posted a vid showing how it was done, and the hits have been through the roof.

The simple but central clever trick was that they shot time-lapse footage of lower Manhattan being disassembled—always easier than putting something together—then ran it backwards to give the illusion of super-smooth construction. Lyons worked together with FX Director Peter Wallach on the spot, and I think the making-of video above actually looks better than the finished commercial, after the jump.