Mulling it Over with Tom Muller

Although we left him off of our list of six comic book cover artist/designers to watch out for, Belgian graphic designer Tom Muller is already a household name in the world of comic cover and logo design. His self-described design work that "mix[es] grid structure with Sci-fi-like style" is stunning and has graced the projects of clients such as DC Comics, Kylie Minogue and Swarovski.

We recently had the opportunity to catch up with the artist. 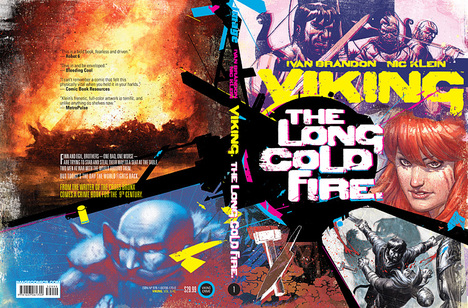 Core77: In the world of comics, you are widely recognized for your work on 24Seven, Viking and various projects with Ashley Wood. How did you first get involved in comics?

Tom Muller: My first foray in comics happened quite incidentally to be honest. Throughout my college years I had worked on-and-off at my local comic shop in Antwerp (Mekanik Strip, do check it out if you're ever in town), and when I started my professional design career they were one of my very first clients. I designed a few versions of their store website, which included a link list to creator and publisher sites, amongst them Ashley Wood's site. One day I emailed him to tell him I had 'featured' him on the site. He replied pretty much instantly saying he loved that site and if I was interested to design his. That was in early 2001. I designed the site, which proved quite popular. More versions followed and I started getting involved in the print side of things, designing the Popbot logo, a few books, etc. From there it kind of started rolling, and I got involved with Liam Sharp and Mam Tor Publishing and everything else came from that. 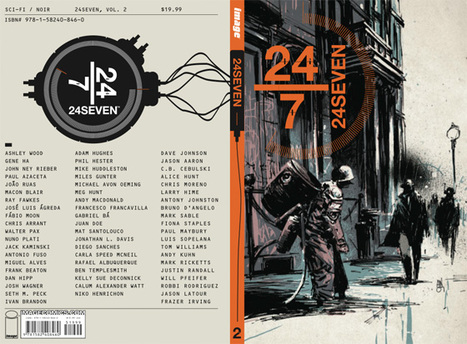 What's the process like for working on a comic logo or design of a cover?

There's a vast difference between working on creator-owned or company books. If it's a creator-owned book I'm always speaking to the creators (eg Ivan [Brandon] and Nic [Klein] on Viking), and we're batting ideas back and forth. There's also—as you might have guessed—a lot more creative freedom and room to experiment. Working for Marvel or DC involves a lot more people and procedures as different editors, art directors etc need to see and approve the work. Ivan can just IM me to say "Yes, lets do it" 5 minutes after I email him a jpg. But generally the process is largely the same: I get briefed on what's needed. Sometimes there is art to get a sense of the book, but that's not always the case. I usually do a bit of research into the book's background and look for an appropriate typographic and design language (like basing the Viking type on ancient Runic script, or treating the Popbot book like a computer booting up), and present sketches. From there on (if the idea isn't shot down), it's a matter of refining the concept and execution.

Is there a unifying theme to your design work? Do you have a design philosophy?

Hmm... that's a tricky one. I always believe that as a designer, you should be flexible enough to not be bound by one style or look. Having said that: Yes, I do think there is a thread running through my work, especially when it comes to type and logo design. I'm very much a believer of Modernist principles: clean, systemic & modular, timeless design concepts. Clear typography. When working in comics I usually overcompensate for the overall lack of 'graphic design' in comics. It's gotten a lot better in recent years, but I've always felt design in comics can be very insular and stuck in a self-referential loop. I always try to inject a strong design sensibility into the work. A comic doesn't always need to look like a (traditional) comic. 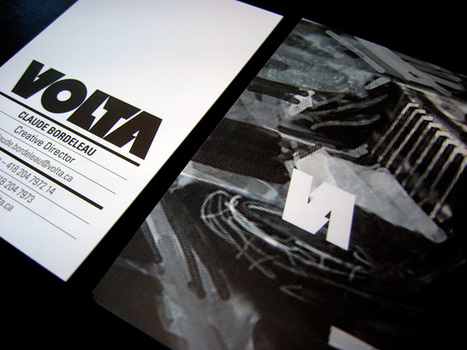 Your body of work seems almost an equal part collage as much as it is graphic design—where do you get these visual elements from?

[T]he graphic elements and shapes etc, those are all designed from scratch. I have, and keep adding to, a vast image library I built up over the years—and like a box of Legos, I can use elements and build something new every time. 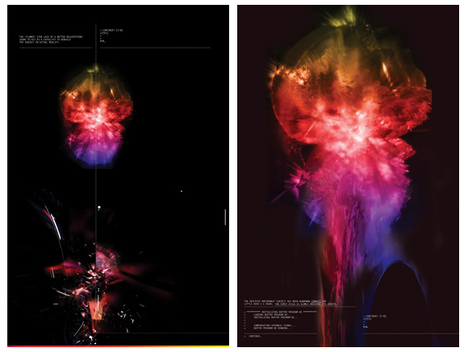 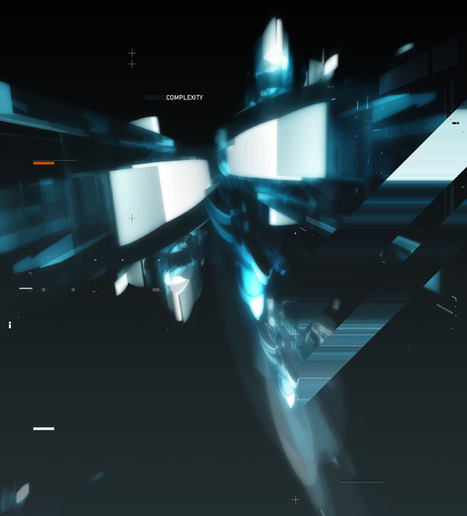 You've also done quite a lot of work for musical artists—any stand-out projects?

There are a couple of things that stand out, and that I'm still proud of the complete redesign of the UK/European site for MTV2 was a bit of a milestone, as it was one of the first big music projects I worked on, and that became a bit success. Over the years I've had the chance to work on a wide variety of music projects and created sites for labels like Sony, EMI, Columbia etc. The recent standout project must've been the Pet Shop Boys site, and meeting Neil Tennant in the process, and creating sites for AC/DC, Hexstatic, Sigur Ros, Kylie, Kasabian, Moloko, etc. (not sure how familiar U.S. audiences are with those names). I could go on, because each site has its own story. 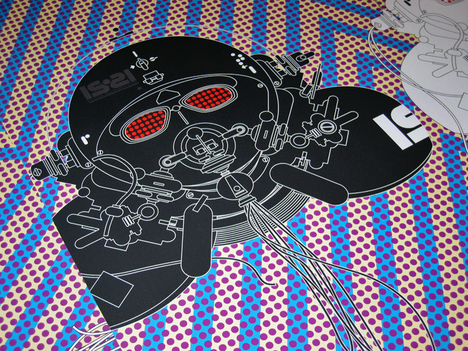 What I find the most fascinating is the development of your logos and fonts. Have you always been interested in typography?

Kind of, although I think it was only during, and especially after, college that I started to really get into type design and branding whilst rediscovering, or rather starting to appreciate, things I took for granted when I was growing up. Instead of tracing band logos on my school books, I'd try and make my own X-Men covers, and once I made a custom Spider-Man skateboard decal that heavily featured the logo. The interest has always been there. 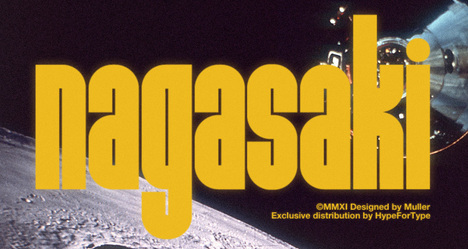 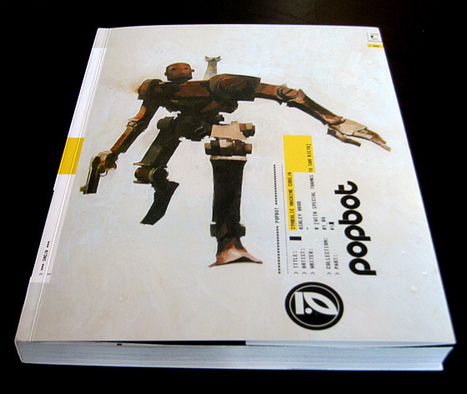 How do you approach designing a font/logo versus designing an entire cover or illustration?

Well, you can never really design a font, and especially a logo in isolation. It will always be used in context, so a large part of the design process is to envision how my work is going to sit within a larger framework. For Viking, I always had Nic's artwork, and the design concept relied heavily on integrating the type with the illustration. Even when creating logos for Marvel or DC, there is always a phase of using cover art to test the versatility of the design. 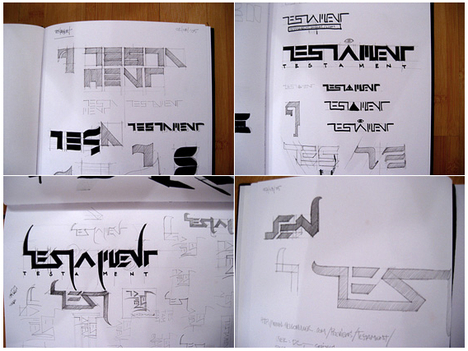 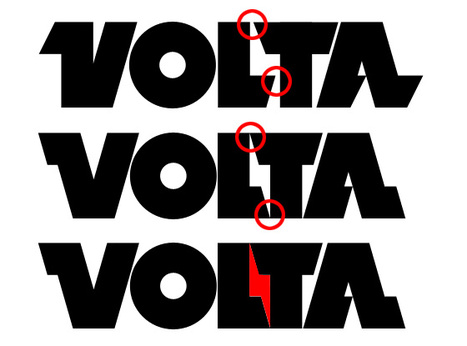 In one of your "Anatomy of..." blog posts, you mention that you only generate a small handful of ideas before settling on the final direction—has it always been this way or have you built a very trustworthy intuition over the years?

I think it's definitely the latter. There is this 'golden rule' that you always need to present the client with at least 3 different options, but I've found (and I readily admit that I don't always get it right) that focusing on 'the right idea' is better than creating more options just to have choice. This doesn't mean I only present one design, but that I feel strongly that it's more worthwhile to focus on a strong concept and explore that in all its facets than showing multiple sub-standard variations. Quality, not quantity.

Mulling it Over with Tom Muller