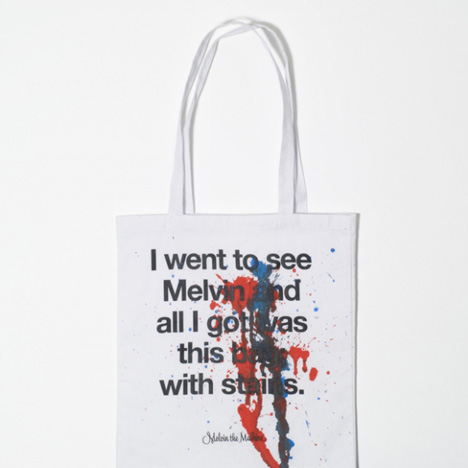 Every now and again, an agency revives the age-old Rube Goldberg machine as a vehicle for (pun definitely intended) for some viral purpose or other: OK Go's video for "This Too Shall Pass" is the nearest example in recent memory, while Honda's ad for "The Cog" is a classic. 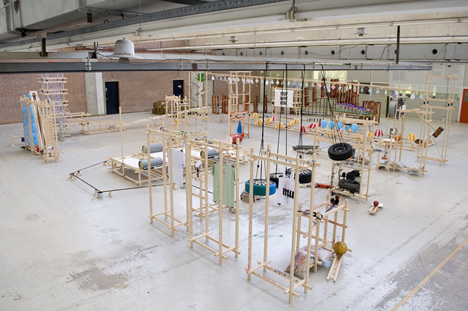 Which isn't a bad thing by any means: these painstakingly elaborate contraptions never fail to restore a sense of wonder to the physical world. "Melvin the Magical Mixed Media Machine" ("Melvin the Machine" for short") is a perfect example:

"Melvin" has a bit of technological savvy to boot:Besides doing what Rube Goldberg's do best—performing a simple task as inefficiently as possible, often in the form of a chain reaction—Melvin has an identity. Actually, the only purpose of this machine is promoting its own identity. Melvin takes pictures and makes videos of his audience which he instantly uploads to his website, Facebook and Twitter account. Besides that he makes his own merchandise. All of this within 4 minutes of craziness which you just have to witness yourself. 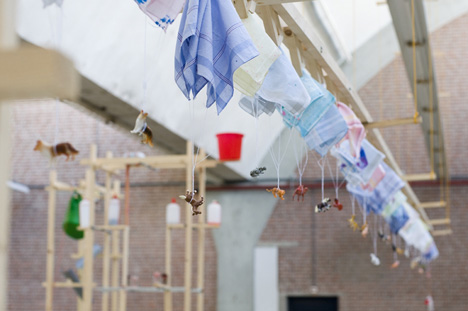 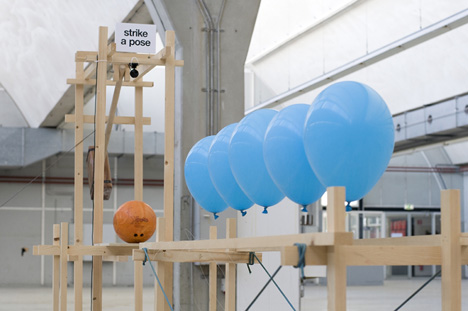 Not to get too philosophical here, but it seems to me that all Rube Goldberg machines intrinsically promote themselves, at least insofar as they are carefully documented. In fact, they serve not only to generate buzz for their clients but for the agencies that create them as well. Credit, in this case, goes to Dutch design studio HeyHeyHey, who created Melvin for MU, an art and design space in their hometown of Eindhoven.Melvin the Machine was created by studio HEYHEYHEY. They tried to create, what they call, a 'super moment' at which the experience counted rather than the end result. Initally Melvin featured for 10 days in MU artspace during the 2010 Dutch Design Week where around 14.000 people came to see Melvin perform. In February the video was shot in the beautiful 'De Ploeg', a (former)factory designed by Gerrit Rietveld.

More information about Melvin and the peolple who made it all possible can be found under answers. 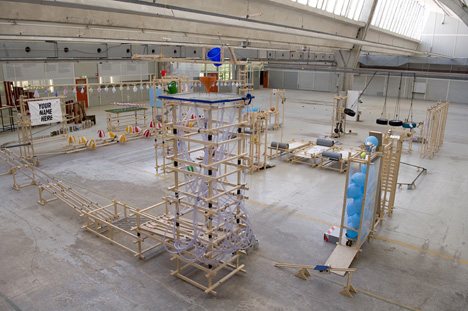 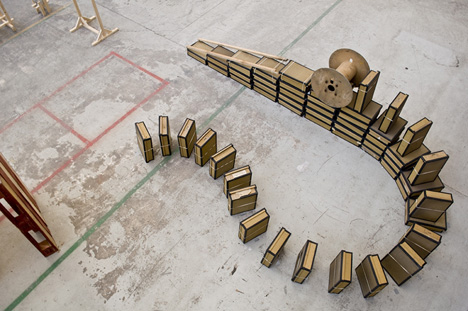 None of which makes it any less mesmerizing... especially considering that it took a five-person crew about 1.5 hours to reset it for each four-minute run.