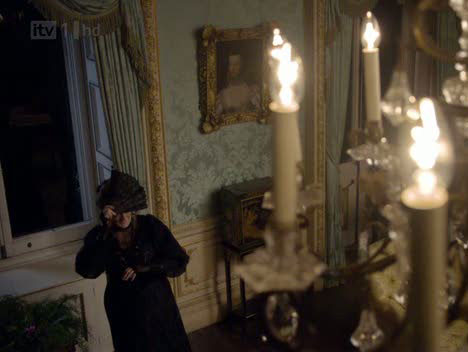 In the British period drama Downton Abbey, set in the early 1900s, the family matriarch complains and shields her eyes from the "glare" after Earl Crawley has electric lighting installed in a parlor room. "[My wife] won't have it in the bedroom," he admits. "She did wonder about [installing it] in the kitchens...but I couldn't see the point."

It's difficult to imagine that people prepared food before the advent of electricity, but of course that's how it was for most of human history. So as bad as you think your kitchen looks now, at least you've got lights to see how bad it looks by. Cooking in the 19th and even early 20th century must've really sucked. 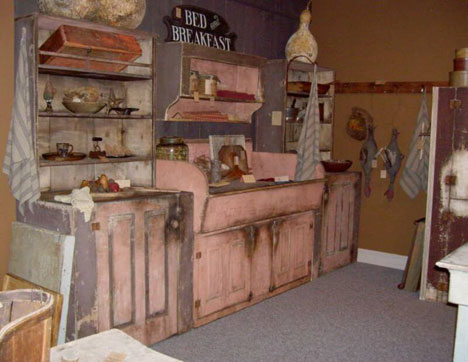 An early proponent of applying design to a kitchen space was Catharine Beecher, a prominent American 19th-century champion of women's education. In 1843 she wrote a book called A Treatise on Domestic Economy For the Use of Young Ladies at Home and at School which laid out kitchen plans (sketch below) based on something resembling ergonomics: Windows for light, workspaces of the same height, consistent shelving, clearly-delineated storage spaces for the most commonly used items. 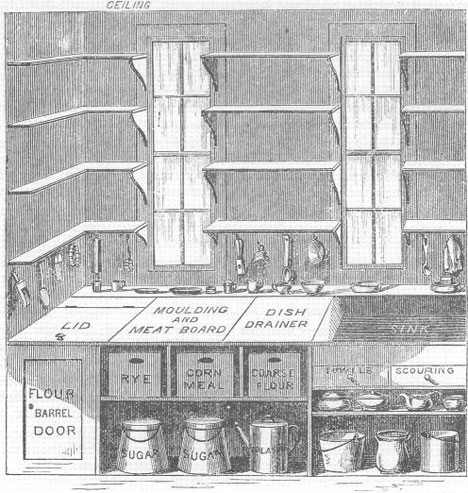 Beecher's concepts were sound, but it wasn't every family that had the means to install a high-falutin' kitchen like hers from scratch. For decades after Beecher's treatise your average domestic kitchen, at least for those families that prepared their own food, was a hodgepodge of standalone pieces of furniture like Hoosier Cabinets, wooden tubs for water and a table where you could either eat meals or lie on top of to deliver a baby.