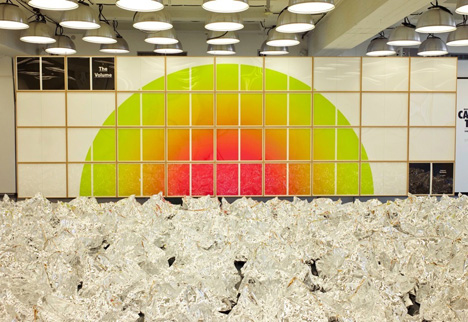 Full screen as if your life depended on it...

I suppose that the Völker Brothers' "CAPTURED" actually does what all art aspires to do: captivate an audience, stimulate one's sense of wonder, and ultimately evoke the sublime. 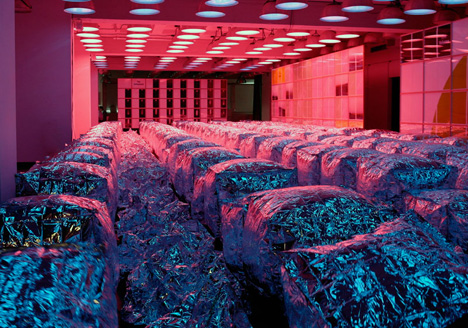 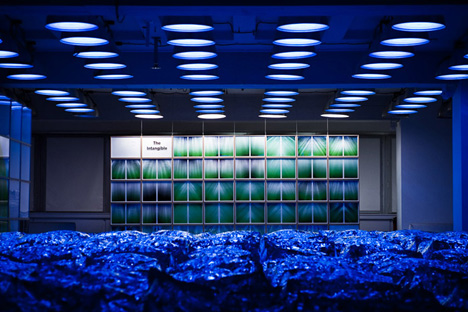 Hence, the "Homage to Light and Air" moniker for the immersive installation, which was realized at Berlin's MADE Space last month.Four hanging walls with 304 framed graphic pages surrounded a field of 252 inflatable silver cushions. Both artworks related to the theme of light and air and interacted with each other in a twelve minute performance that also included sound and light.

Sven Völkers graphic work were his so called "books on walls" and narrated the installations four chapters of the intangible, the volume, the border and the ephemeral. Nils Völkers custom made inflatable air bags were programed by the artist to create sequences according to the chapters. He also controlled the existing multi-colour light system to intensify the dramaturgy and to create a close relationship between all elements.

During three months of working inside the space and in close collaboration with the MADE team, the two brothers combined physical computing and graphic design, into a new artwork, a mixture of stage setting, performance, installation and exhibition.

The brothers—machine artist Nils (left) and graphic designer Sven (right)—shed some light (but not air) on the piece in the interview above. (I also like that they each chose to present the project somewhat differently in their respective portfolios.) 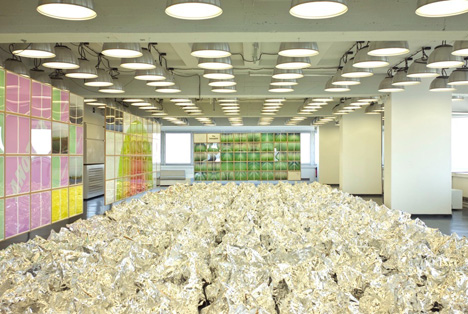 Just as the video does a remarkably good job of conveying the experience of "CAPTURED," the stills nicely illustrate the size and scope of the installation. 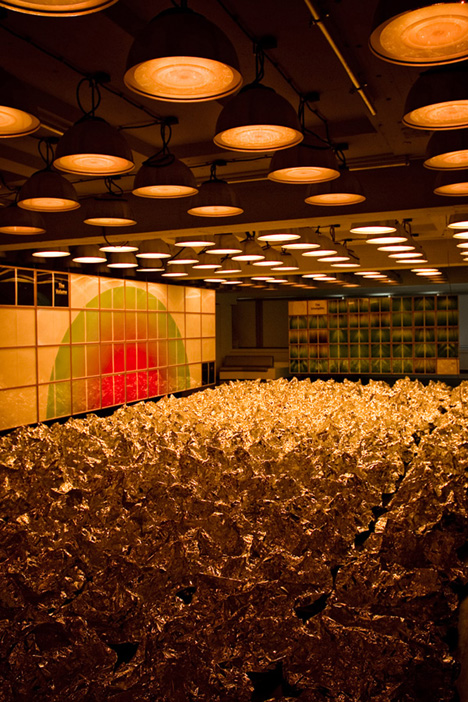 Of course, I'm sure it was much better firsthand; hopefully "CAPTURED" will travel stateside at some point... 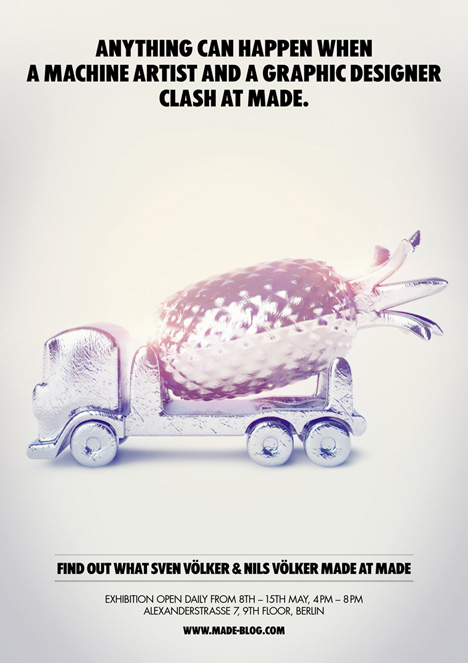 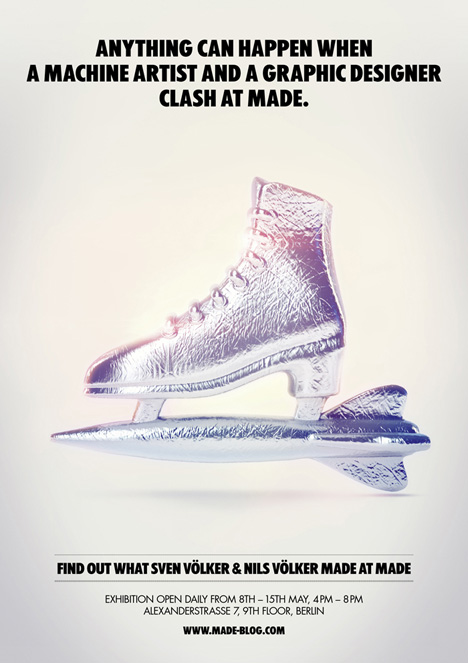 Hell, even the promo posters (above) and the teaser video are brilliantly produced: