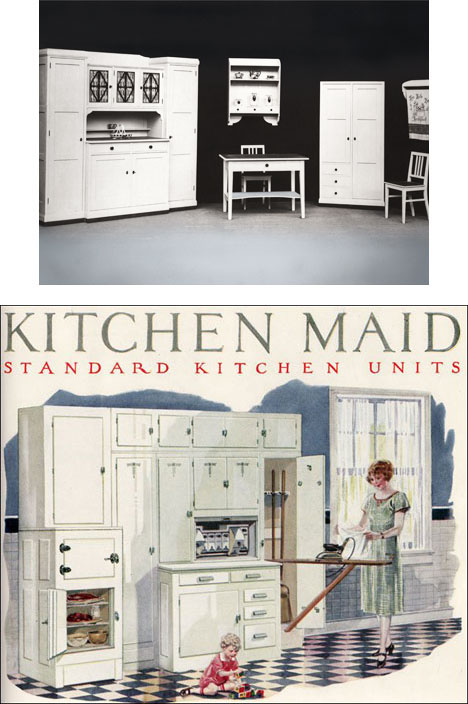 We see how Taylor's Scientific Management principles affected Catharine Beecher and her Ladies' Home Journal columns, and the inspiration those provided for Margarete Schütte-Lihotzky's Frankfurt Kitchen, a chain of events stretching from the late 1800s to the 1920s. With parallel timing, separate developments in kitchen design were also being advanced by a German company called Poggenpohl, which is still, today, a thriving kitchen manufacturer and the oldest in the world.

In 1892, a 33-year-old cabinet maker named Friedemir Poggenpohl opened his own workshop and an adjoining furniture store in Bielefeld, Germany, focusing on kitchen cabinetry. Uniquely, he produced kitchen cabinets not only in wood, but in a white lacquered finish. (Various websites also cite that Poggenpohl was focused on ergonomics and produced "storage innovations," though no one lists concrete examples of what they were.) 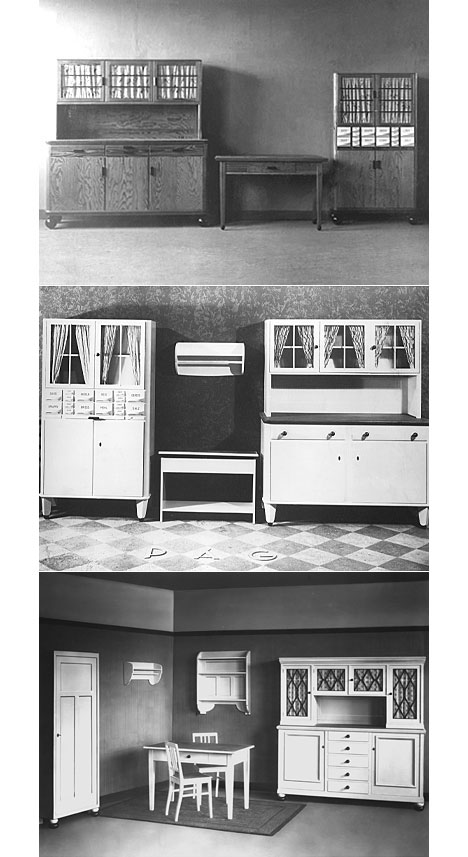 What Poggenpohl accomplished that Taylor, Beecher and Schütte-Lihotzky—despite their greatness—did not, was to set up an enduring company in his own name that would continue to advance kitchen design long after his death. In 1923 Poggenpohl produced "The Ideal," a large free-standing cabinet that was reportedly licensed by Wasmuth-Endicott Indiana, a now-defunct American company that produced Hoosier Cabinets, with their adaptation being branded the Kitchen Maid. 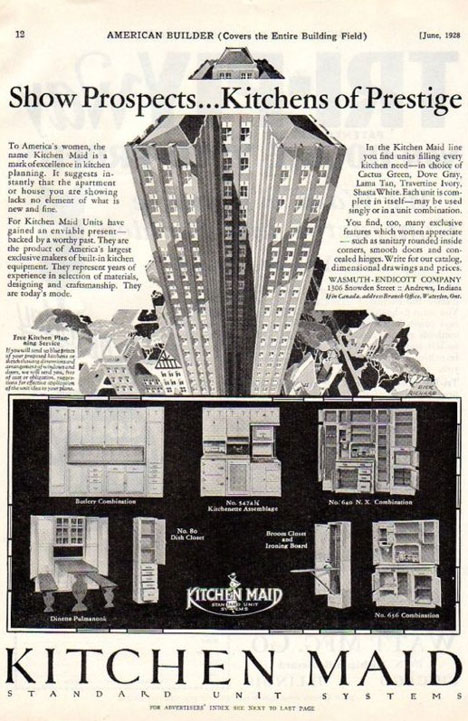 Poggenpohl himself died one year after the 1923 release of "The Ideal," but as we shall see, his company continued to innovate and leave even bolder stamps on the kitchen designs of today. Stay tuned for Part 6 to see how.