The Architectural League's Prize for Young Architects yearly round-up of the best emerging practices features several young global practices under the banner It's Different. The show is on view now at The New School.

This year, the Architectural League asks: What is the role of the designer?

Every generation thinks it is special, new, and different—and ours is no exception...This difference will require architects and the discipline to practice architecture and design without preconceptions and assumptions, rethinking how designers engage constructively with our cities, our environments, and our societies...What is the new role of the designer?

Interestingly, none of the practices positioned their work in direct response to this question about the role of the designer (gone are the days of lengthy wall-length essays inspired by '80s semiotics or '90s post-structuralism). Instead, It's Different conveys a more pragmatic landscape, a candid snapshot of a diasporic collection of activity where architects are exploring the different edges of disciplines, ideas and technologies that they express personal affinities for.

A common thread running through the practices in the exhibition was openness to interdisciplinary collaboration and the question of choosing which technologies to use and how to integrate it into architecture.

One good example of this is experimentation with interactivity and responsive environments from Future Cities Lab, a practice based in San Francisco. 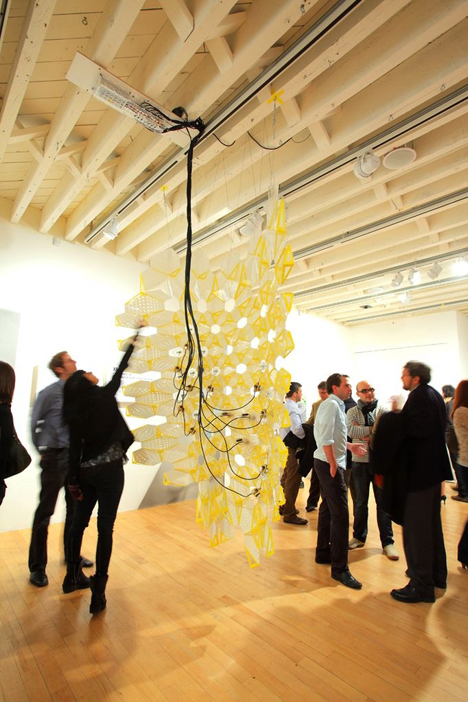 Future Cities Labs constructs complex environmental installations that often harness a dynamic and ongoing environmental interaction, whether it is the heat energy of human bodies near a wall, or the slow process of a piece of glacier melting and being captured by contact mics and amplified to create a sonic environment. 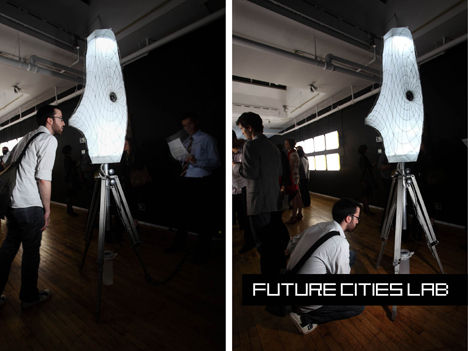 Future Cities Labs takes the model of interaction design or experience design as their way of creating architecture that integrates the factor of human and natural processes in the built environment. Is it architecture, sculpture, exhibit design or installation? Future Cities Labs works in the fringes of these disciplines with an approach that is rooted in solving design problems for the built environment. 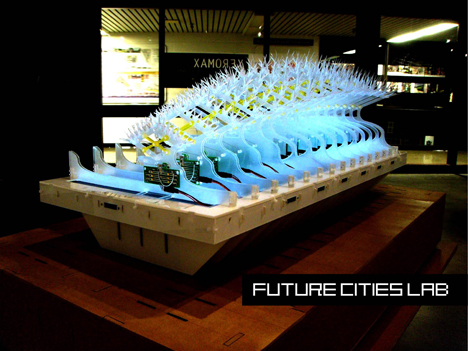 Another aspect or issue of interactivity and responsive environments is that of empathy: how humans can relate to their environment in a way that taps into a more emotional consciousness, as well as how humans can be inspired to take care of their constructed environment, thus blurring the line between nature and artifact. As in human computer interaction, empathy is a key design approach to be further explored by design practices: creating soft environments where the give and take relationship between the environment and the human can be made more organic.

A design practice that explores empathy in their approach is Nameless Architecture, a conceptual design practice based in Seoul and New York. Their exhibition design is a series of proposals displayed in delicate glass bowls that encapsulate the concept of a project. Each glass bowl, like a terrarium, contains the ecosystem of a concept, balanced by its own equilibrium. 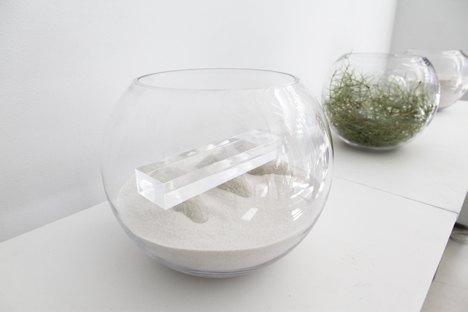 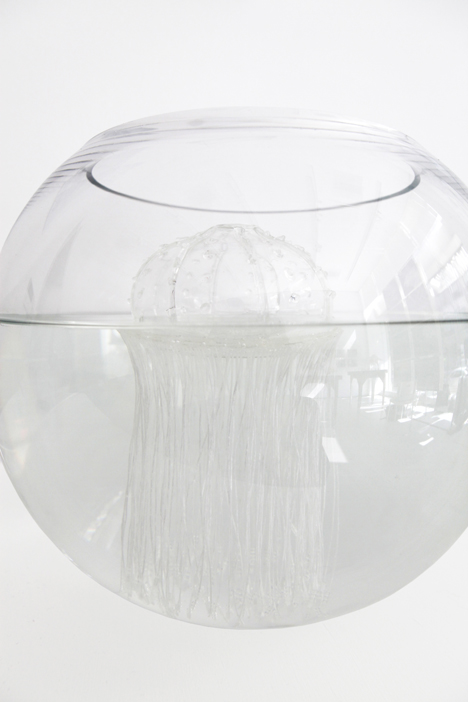 Committed to "the simplicity on the unpredictable world," Nameless Architecture explores "creating alternative relationships between nature and artifacts." The project "Playcloud" is a proposal for a self-sustained and human centered environment. All factors of the built environment are sought to be harmonized by being based on a relationship between the humans and the environment. Essentially a nomadic shelter, "Playcloud" hovers like a jellyfish-like environment that goes only where it is needed by being led by users who tug on its soft tentacles and thereby act as a ballast for the structure. 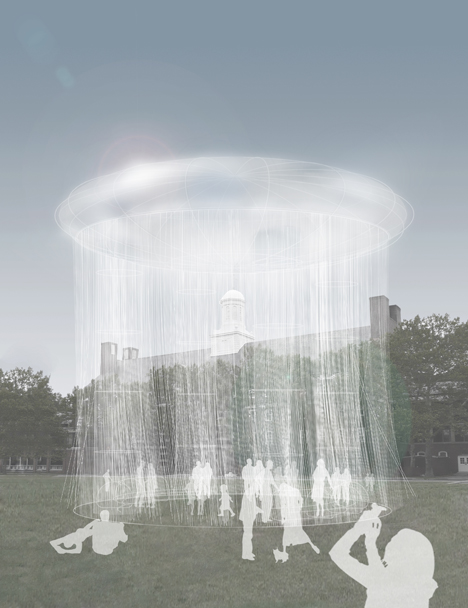 The practices in the exhibitions seemed closed off from one another, and overall the tone was a bit of a free for all; each practice seems to be isolated in their own remarkable world or fiefdom, which makes for amazing diversity of ideas, but wanting in connections made between the individual practices. For all the tantalizing overlaps in themes that occur, it makes one itch for a conversation to start building inroads connecting each biodome of brilliant ideas and proclivities.

I'd say an apt title for a follow up exhibition to It's Different could be But Similar.