Mark Nixon's "Chimecco": A Bigger, Better Windchime at Sculpture by the Sea 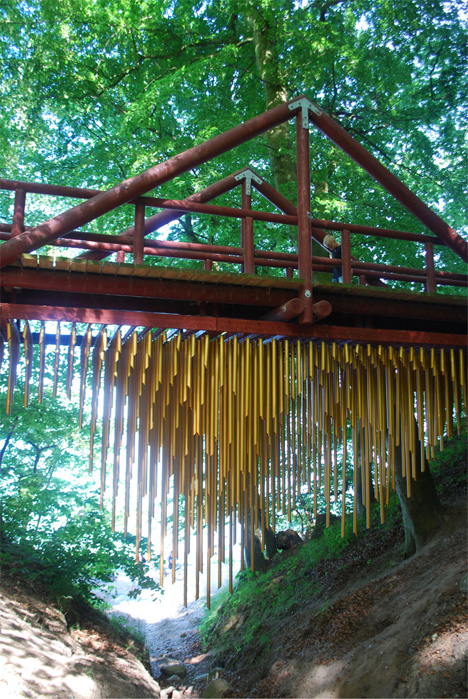 British architect / designer / artist Mark Nixon is pleased to present "Chimecco," a kinetic sculpture, as part of the third annual Sculpture by the Sea exhibition in Aarhus, Denmark. 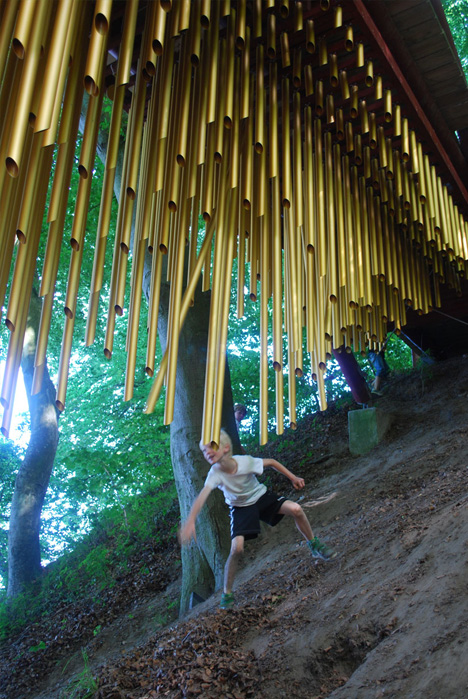 The gold-anodized aluminum pipes—600 in all—which are attached to the underside of the bridge, can be "played" by manipulating spring-loaded nodes on the surface. While their diameter is fixed at 50mm each, the pipes vary in length—and pitch—from 120mm to 3750mm (over 10 feet), as in a traditional windchime. 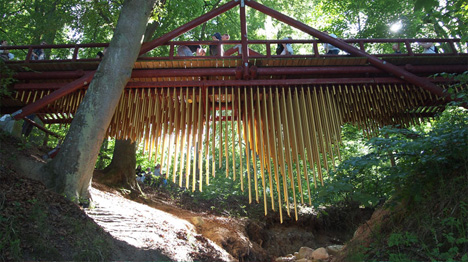 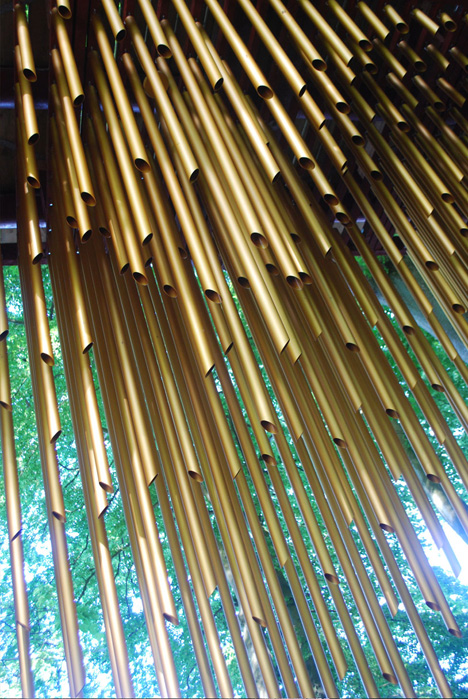 According to Nixon, "Chimecco" operates on three conceptual levels1. The idea of music and interaction as a catalyst for conversation and play.

2. The non-visual object. The sculpture is 'hidden' beneath the bridge. A constant varying in wind conditions on the site mean that the sculpture will hide and reveal itself through the creation of sound when the wind choses to blow. Some days the sculpture will be discovered, creating a beautiful moment of realisation in the viewer, while other day the sculpture will remain still and may be completely passed by. The use of interactive nodes on the top creates another interesting effect. Due to the object being hidden while it is played a condition of performers and audience is created. The piece can be experienced in a number of different ways but never in its totality.

3. Creation through the combined interactions of human movement and natural movement. 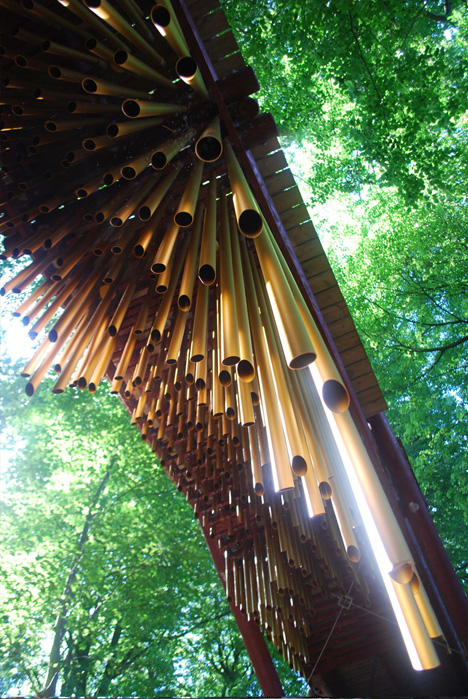 For those of us who didn't make it out to Aarhus this year (the exhibition closed on July 3rd), the interactive 3D panorama microsite is also worth checking out. 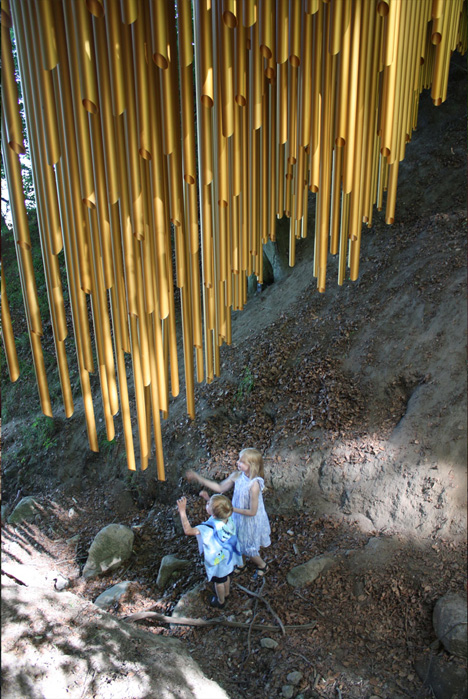 Be sure to check out the rest of the sculptures in the gallery on the Sculpture by the Sea website—it's definitely a nice collection of large-scale outdoor sculpture.

Mark Nixon's "Chimecco": A Bigger, Better Windchime at Sculpture by the Sea