This edition of Flotspotting sees a selection of designs that are inspired (Flynnspired, perhaps) by Tron and its recent sequel, Tron: Legacy—including but not limited to light cycles and other vehicles. 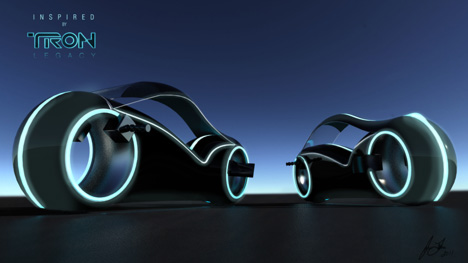 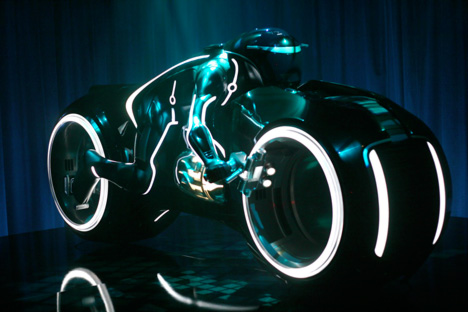 Life-size model by Jay Brett; see below for more details

The image above is actually a life-size model that was fabricated by Coroflot members Jay Brett and Viggo Wake (work pictured below), who were part of a team at LA's Wildfactory. 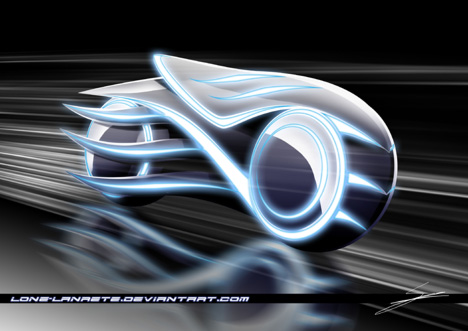 Many of the Light Cycle renderings, including Greg Gegana's (above) drawing and Mark Quessey's (below) were entered in SideQuesting.com's Light Cycle design competition 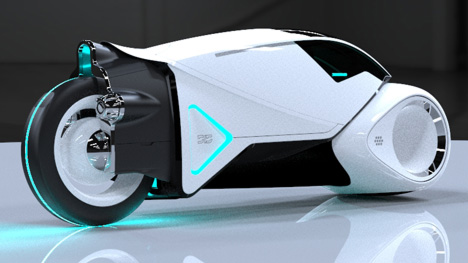 In addition to drawing cars and producing hot rod art books, Dwayne Vance submitted the above drawing to the SideQuesting competition. 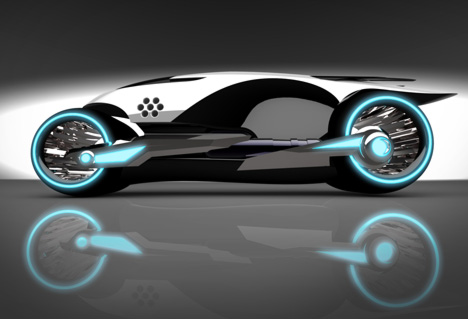 According to Wikipedia:Light cycles are fictional vehicles designed by Syd Mead for the simulated world of the Tron universe. These futuristic two-wheeled vehicles resemble motorcycles and create walls of colored light. The vehicles were primarily used in a competition between humanoid computer programs... Players are in constant motion on a playfield, creating a wall of light behind them as they move. If players hit a wall, they are out of the game; the last player in the game wins. Since the original display in Tron, there have been numerous adaptations, as well as references in popular culture.

Of course, the Light Cycle aesthetic applies to all variation of other vehicle, imparting an undeniably alluring aura of speed and performance: 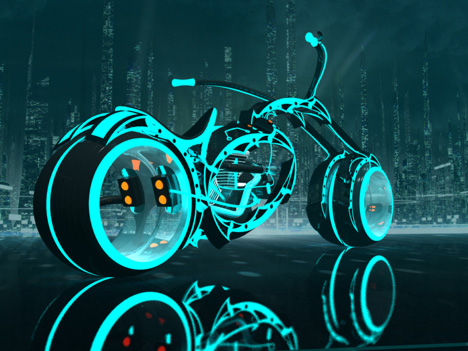 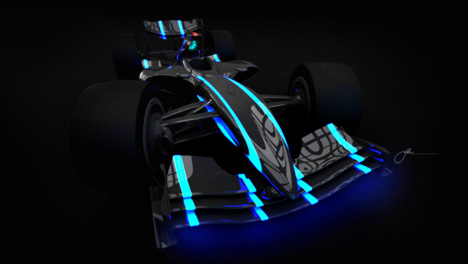 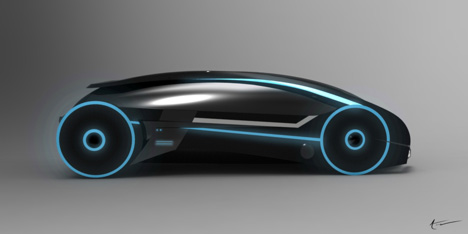 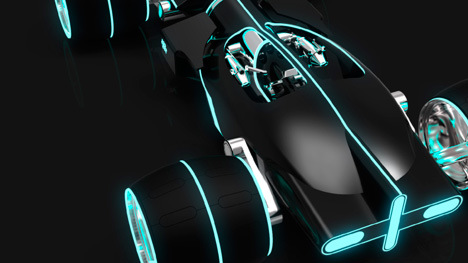 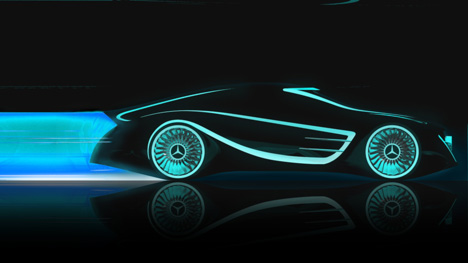 Not to mention a handful of other Tron-themed product concepts, from electronics to novelty items... 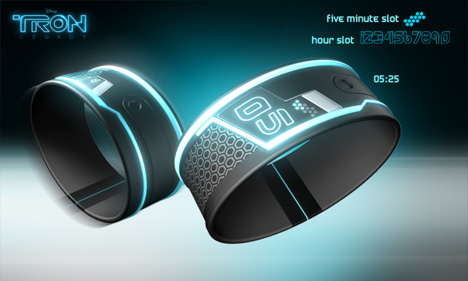 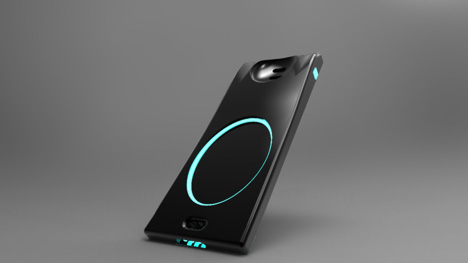 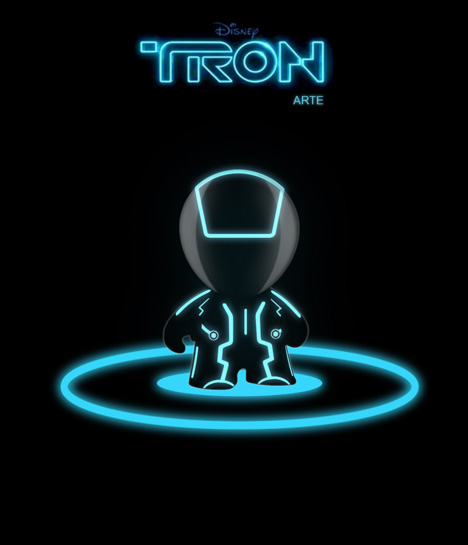