Elipson's Planet L: A Speaker and Some Music-Listening History 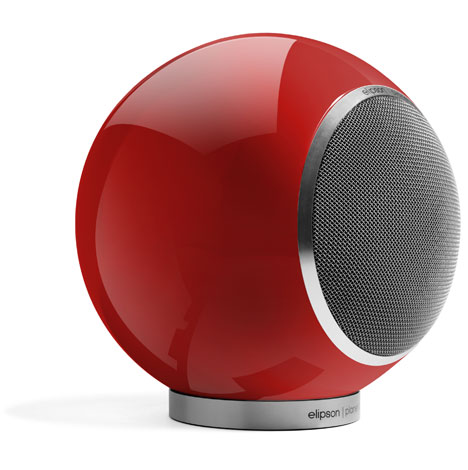 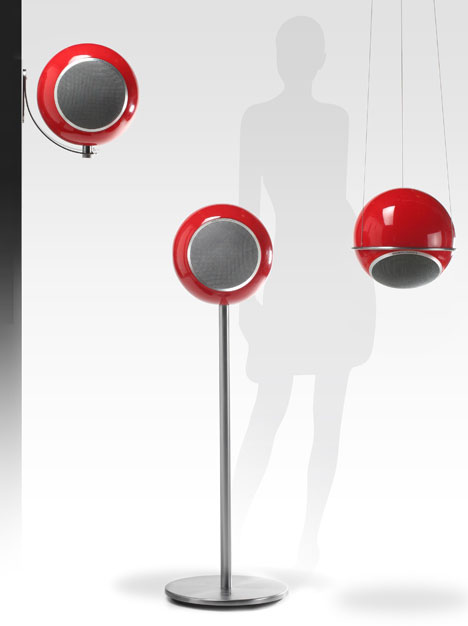 The spherical, Ferrari-colored version of Elipson's Planet L speaker is eye-catching on its own, but I was more struck by the lifestyle shot from Elipson's catalog that harkens back to earlier decades. As an adolescent in the '80s, I was probably the last generation that listened to music the way it's depicted in this photo, by sitting on the floor and spreading records out. 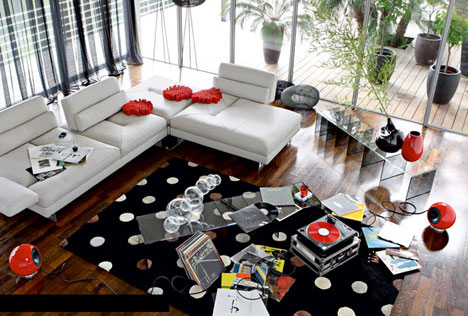 From the essential invention of The Teenager in the 1950s to the decline of vinyl in the '80s, just three short decades, you had 12 square inches of interesting artwork to look at while playing tunes. And another 12 square inches of lyrics printed on thin, waxy paper. Scattered about, waiting their turn to go for a spin on the platter were these 12-inch black discs you'd kill your little brother or sister for stepping on.

Walkmen were nowhere near as common as iPods are now, so for most of us, if you wanted to hear what David Bowie had to say it happened in a room in your house, not while you were on a treadmill in some fitness facility with wires plugged into your ears.

Speaking of history, French manufacturer Elipson is no stranger to unusual shapes for speakers. Check out this vid on the company's history showing some of the more interesting forms they produced while casting about for the perfect speaker shape:

Elipson's Planet L: A Speaker and Some Music-Listening History