If you haven't heard, Autodesk is now offering software bundles or "suites." Each suite wraps a handful of Autodesk Products into an industry-specific package. Standard, Premium and Ultimate editions add products while increasing the (discounted versus retail) price. I was given Ultimate editions of the Design and Product Design suites for evaluation.

Autodesk Design includes Sketchbook Designer (previously known as Alias Sketch), Alias Design, 3D Studio Max, Inventor Fusion, Showcase and Mudbox. Autodesk Product Design adds AutoCAD and Inventor Pro. It would be impossible to review all of these software products in depth, so instead I will share my experiences using these products as an integrated suite of tools within an industrial design workflow.

To begin, I assigned myself the task of designing a wireless desktop speaker. Instead of opening Sketchbook Pro to begin concept sketching, I launched Sketchbook Designer. This is Autodesk's next generation digital sketching tool that builds upon the look and feel of Sketchbook Pro while adding many features and tools. The most notable being full vector sketching: point based, editable, fluid—almost unbelievable. If you've ever danced the ctrl-z sketch dance: sketch, undo, sketch, undo, sketch...It's a breath of fresh air to throw down a clean line, click, drag nudge and continue. It takes some time to adjust to this new way to sketch, but once I got it I was sold. 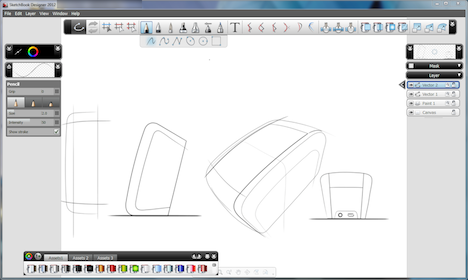 Next, I launched Alias Design, and opened the DWG sketch I had created. It imported successfully but the file was empty—hmmm? Switching back to Sketchbook Designer, I found "File>Export>Curves DWG." Back to Alias, my vectors imported perfectly as plain NURBS curves of varying complexity (not quite usable to generate surfaces but better than a fuzzy raster underlay. Plus, I can snap curves to my sketch?!). 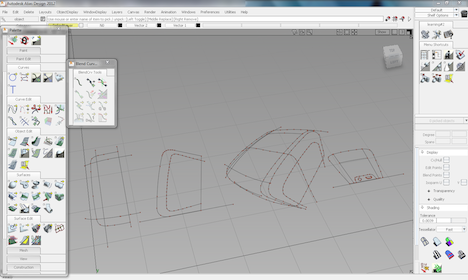 Alias Design has continually added features and enhancements over the years. It is still unbeatable for ultimate control when crafting perfect NURBS surfaces. I consider parametric surface modeling to be the future and would love to see Alias Design push blend curves and construction-history even further. 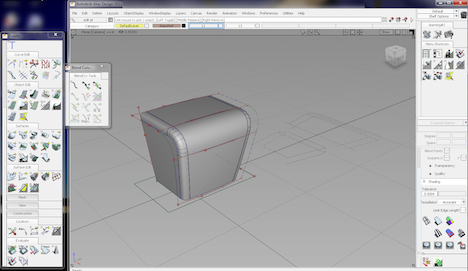 With A-side exterior surfaces for half of my speaker design finished, it was time to begin solid modeling. Inventor Pro is Autodesk's parametric design and engineering package, but not the only option in the Product Design Suite.

Inventor Fusion is a new solid modeler that is bundled with Alias Design. I selected my surfaces and chose "send selected to Inventor Fusion" from the file menu. Inventor Fusion launched with a very attractive, clean interface that is essentially a pared down Inventor UI. The selected Alias surfaces imported immediately. 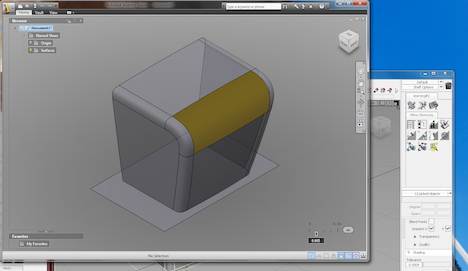 Although it shares the look and feel of Inventor, Fusion is sadly not parametric. It is a direct modeler with solid and surface capabilities. There is no build order. Features and components can be deleted or dissolved (baked into the model) but not edited or rolled back (the fillet tool is one exception I found allowing a fillet radius to be changed after being built).

Next, I mirrored, patched and knitted my surfaces into a symmetric solid body. I created a sketch indicating a part line, extruded the line as a surface and split the solid. Inventor Fusion and Inventor employ a smart context sensitive interface. Tiny buttons, relative to the current selection or tool appear and float near the mouse cursor. Click a sketch and a tiny extrude button appears; hover the button and additional feature buttons appear. I often found these buttons helpful.

My assumption with Fusion is that an Alias Design user will convert A-surfaces into solid bodies and apply basic features before handing off to an engineer. Though, as I found out, while Inventor supports Alias WIRE, it doesn't yet support Fusion DWG as tightly. I had to export in the STEP format to move solid-bodies from Fusion to Inventor. 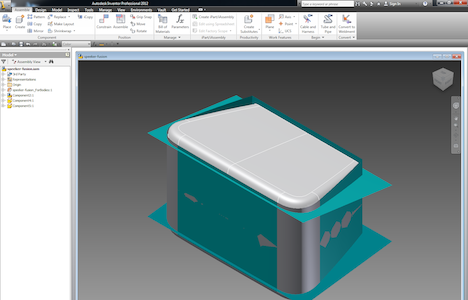 Inventor Fusion is a new software and unfortunately in my testing was rather unstable. It crashed often but when it worked, it was a pleasure to use.

I had heard that Inventor Pro supports Alias WIRE as a referenced component. In other words, placing surfaces from a WIRE file into an Inventor assembly sets up a link so that when the designer must revise or update the WIRE surfaces in Alias, the Inventor assembly can automatically see the change and update the feature tree accordingly. Moving geometry directly from Alias to Inventor Pro is another option I wanted to try out.

I placed my WIRE with referencing enabled. At first, I had some trouble figuring out how to get Inventor to refresh the WIRE file after a change. I eventually discovered that I had to use the rebuild tool. If WIRE surfaces are missing, Inventor displays a "replace this with that" tool. After that, it was a piece of cake: split, split, shell, fillet, extrude cut a grill, emboss the logo, done. 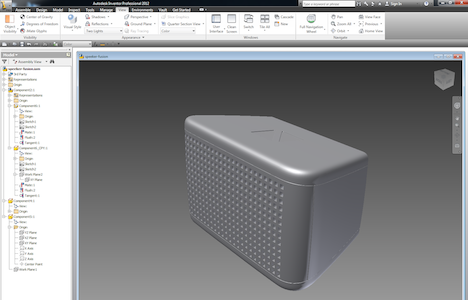 Alias Showcase, Autodesk's purpose built renderer, is the last in my workflow. Showcase is fast and easy to use with enough depth and settings to create finely tuned presentation images. The real time live rendering engine is good enough for presentation and evaluation. Even after cranking up the detail, performance was very usable on the MacBook Pro, though really shined on the more powerful desktop. Showcase reads a variety of formats and I had no issues importing my geometry from Alias, Fusion or Inventor. In less than 15 minutes I had assigned shaders, selected an environment and positioned my camera. 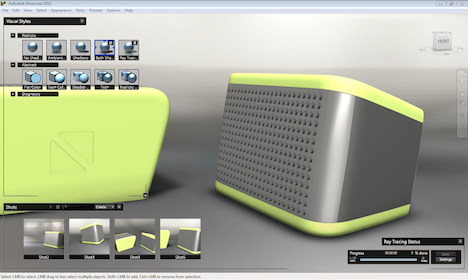 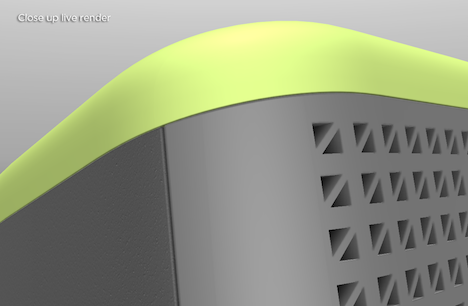 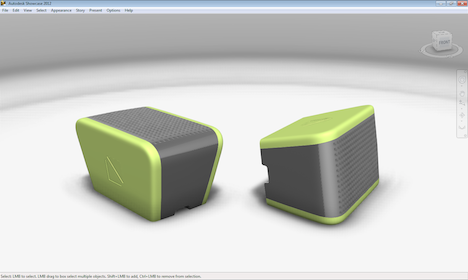 Conclusion: As a consultant, my software is strongly influenced by client preference, particularly as engineering starts getting involved. More robust support for Solidworks throughout the suite would be a huge selling point.

While not as tightly integrated as I'd like to see, this is a powerful, comprehensive suite of tools: accommodating 90%+ of my Industrial Design workflow as is. These suites are now a very appealing option at around the price point of one flagship product (Alias Design, AutoCAD or Inventor Pro). The DWG format is becoming ubiquitous, but is actually less usable with the many incompatible variants (Sketchbook Designer, Alias and Fusion variants in my experience alone)

Autodesk clearly wants product development professionals to use their software throughout the design process. The good news is that these tools are moving towards, not away from, integration. This will undoubtedly nurture the growth and presence of an Autodesk design and development ecosystem on many workstations.