Nervous System's "Hyphae Lamp" Makes Like a Tree and Leaves... a Lasting Impression 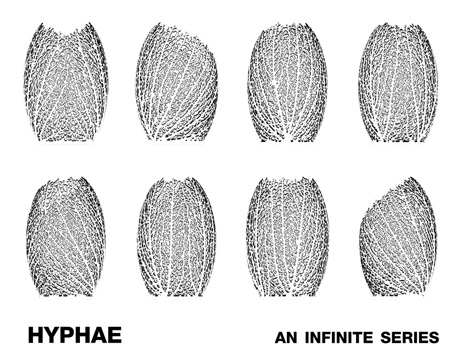 Jessica Rosenkrantz and Jesse Louis-Rosenberg founded Massachusetts-based design studio Nervous System in 2007 in order to explore "the intersection of science, art, and technology"—a natural fit for them, considering that they met while studying at MIT. 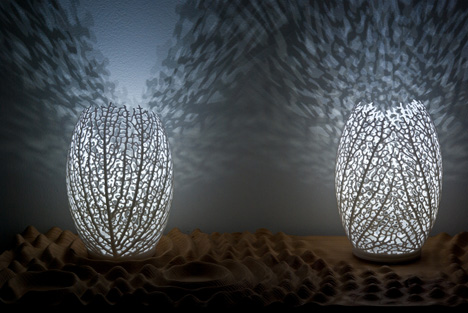 Their latest product, "Hyphae," is an algorithmically-generated lamp design that is 3D-printed in a process based on the growth of leaf veins. The final result, illuminated from within by three Cree LEDs, alludes to various organic forms such as eggs and coral while casting canopy-like shadows on the wall and ceiling, "creating an ethereal and organic atmosphere."

Naturally, each and every lamp is unique. 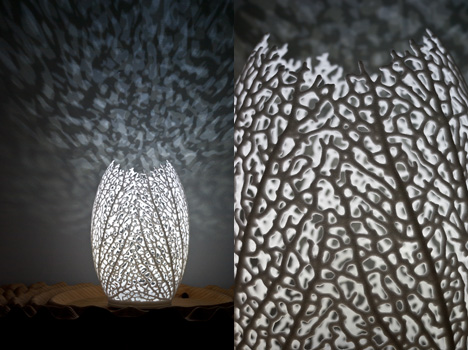 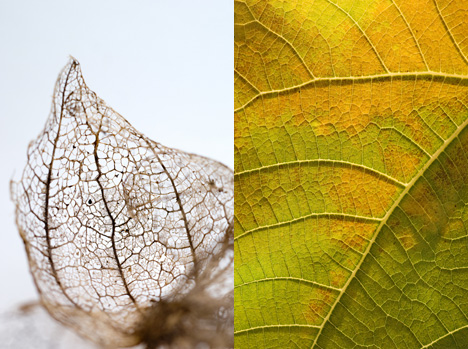 Nervous System elaborates on their inspiration: The veins of leaves are intricate structures that function both to distribute resources and reinforce strength. Though it appears all vein patterns have the same overall organization and hierarchy, no two leaves have the same vein structure. Rather each leaf has its own peculiarities emerging from its unique circumstances. Across species the patterns differ drastically; they can be radial like a lilypad, parallel like a blade of grass or reticulate like a tomatillo husk. How can one mechanism explain such variety?

Our Hyphae collection was inspired by scientific research into this question... A theory called 'Auxin Flux Canalization' explains venation as the result of the movement of the growth hormone auxin. A feedback mechanism makes it easier for auxin to flow where it has flowed before and cells with high levels of auxin differentiate into vein cells. Our simulation is based on the work by Adam Runions of the Algorithmic Botany group at the University of Calgary, who devised a process based on the auxin flux canalization theory.

The new lamp design marks the evolution of a line of jewelry and accessories that they unveiled earlier this year. 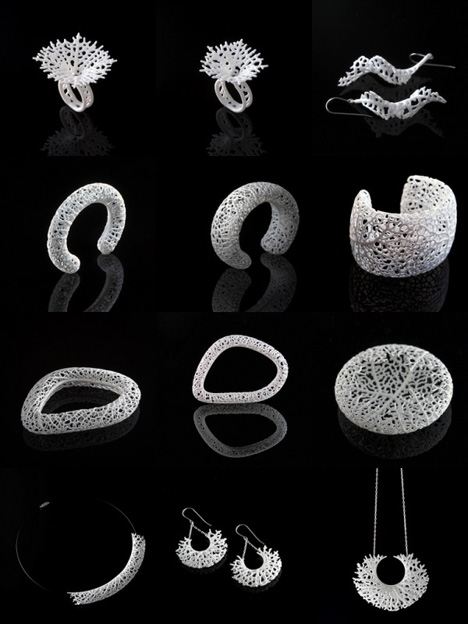 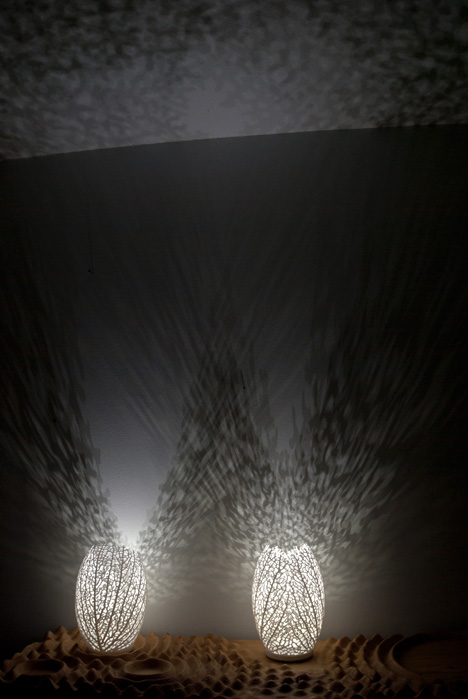