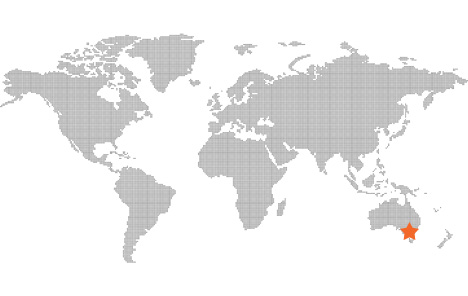 Our awards announcements are underway at this point, but we always enjoy the opportunity to dig a little deeper and explore the process behind the results. Continuing our series of interviews with jury members—which started with a brief chat with Jens Martin Skibsted—Dr. Elizabeth (Dori) Tunstall shares her thoughts on captaining the Design Education jury.

Special thanks to the incredible jury team who worked on judging this year's Design Education Initiative category.

Read on to learn more about Dr. Tunstall and her jury team after the jump!

Core77: Tell me a little bit about the actual process of putting together your jury team for the Design Awards.

Dr. Elizabeth (Dori) Tunstall: I think it was trying to put together a diverse set of educators, not just design educators. So, when I think about the group, there is an amazing design educator, Russell [Kennedy], coming from communication design but also having a really global perspective as President of the ICOGRADA...he's traveled all around the world and is able to see what some of the global trends are in terms of design education. It was really important to have someone who had that global perspective.

Deirdre [Barron], my colleague at Swinburne, she has a background in education, so that's what her Ph.D. [is] in. And so she probably, more than anyone else, knows a lot about pedagogy and how important it is to have a clear notion of what it is.

Pi'ikea [Clark] is really important. Right now at Swinburne we're putting a strong emphasis on what we call respectful design, and part of that is actually understanding different ways of knowing. Pi'ikea represents a combination of indigenous knowledge as a way of knowing, but also he's in the process of figuring out how to build design curriculum that respects indigenous knowledge.

So the intention was to have a really diverse set of people who knew a lot about education, knew a lot about design but also had a glimpse into the future in terms of what design needs to become in order to be a sort of global force for building a better world. That's one of the things I [had] in mind when I brought everyone together.

You speak about "Design for a better world" and there's no higher calling for designers. The lens you're looking through is very interesting, as far as evaluating a.) thinking about design, and b.) the projects themselves.

I'll talk about the criteria for evaluation first because I created a sort of judging worksheet for everyone, where we looked at three aspects: first, overall clarity of the design education framework. So whether or not it actually had an expressed pedagogical or andragogical instructional approach, so behaviorism or cognitivism or constructivism. But we were looking to make sure that each winner had actually expressed what it was they were trying to do from an educational perspective.

The second thing we were looking at, from a framework perspective, is whether they actually had a key design philosophy around who drives the design brief, whether it's self-defined or client-defined, the tools that are being used, high-tech or working on hand skills, and then whether the outcomes that they're looking for are either process outcomes or what we call 'really cool artifact' outcomes. But that was the other thing that we were looking [for] from design education perspective: whether or not they had clearly expressed a philosophy around design, but also a philosophy around education itself.The next category that we looked at was the content of the program, curriculum or project: Whether it built students' conceptualization skills, their ability to think and frame a problem to be solved through design, their technical implementation skills; whether or not they actually built the ability to translate that concept into something tangible that people can interact with, communication skills, sense of cultural awareness; and a sense of environmental responsibility—whether there were clear articulations about sustainability.

And the last thing was the major category of outcomes, so whether there were clear project, curriculum or program outcomes in terms of improving design student learning objectives, improving the institution's overall learning and teaching, some sort of outcomes that benefit the outside community or a industry partner. And this last category—the outcomes—had a huge impact in terms of how we evaluate a particular curriculum, because in a lot of the cases, the curriculum that was presented had not been implemented yet. And so we made a key decision that, for those that had not been implemented—thus did not have outcomes clearly expressed—that we would suggest that they resubmit next year just because outcomes were so important.

Especially for design education, outcomes were so important that we thought it would be better to evaluate them, not just how they're drawn up conceptually but whether they actually improve learning and teaching and the measures for that.

Did you create this rubric before or after you started looking at the projects?

It was before, and mostly it came out of [my background] as Associate Dean, Learning and Teaching—these are the things that I have to use to evaluate our own programs and all of our initiatives. So, it's something that was top of mind for me and I thought would be useful to share with the rest of the team so that we had a common language around what it was that we were going to be evaluating that was very specific to design education.

I think one of the challenges for us, because it was a new category, is that the way in which it was set up, even though it was generally open, it still had a sort of bias towards providing design objects and artifacts for evaluation in terms of what people were asked to include and how they were asked to include it. I think now having done this, I would rewrite the criteria for what needs to be included to submit for design education; that was one of the things that we all sort of talked about.

The thing that was actually most surprising [across] all of the projects that we evaluated is that, in terms of the content, almost every single one of them expressed an intention towards building greater cultural awareness and environmental responsibility. And that was actually quite surprising for all of us, considering the diversity of the projects that came in... from large academic institutions to small student projects.

The fact that, out of all those different projects or curriculum or programs, there's a common language or a common understanding that anything that you [submit] for evaluation has to have some notion of creating cultural awareness. [The common thread of] sustainability or environmental responsibility is really amazing, considering how slow we tend to assume [education] moves in these more progressive areas of what design is supposed to be doing. Every single project that we looked at was clear in its articulation of those important values to what they were trying to do from a design education perspective.

Well, that's really exciting. By that measure, It sounds like those ideas aren't super progressive anymore—they've become (or hopefully, are becoming) more the norm.

Dr. Elizabeth (Dori) Tunstall Associate Professor in Design Anthropology and Associate Dean, Learning and Teaching at Swinburne University Dr. Dori Tunstall leads Swinburne's Masters of Design Program in Design Anthropology, a field that seeks to understand how the processes and artifacts of design help define what it means to be human. She is also co-lead with Dr. Norm Sheehan of the research group on Indigenous Knowledge and Design Anthropology. She is passionate about civically-engaged design that creates politically informed and enfranchised people. She served as a director of AIGA's Design for Democracy and is currently organizer of the U.S. National Design Policy Summit and Initiative. She has worked at Sapient Corporation, Arc Worldwide and the University of Illinois in Chicago. She holds a Ph.D. and MA in Anthropology from Stanford University and a BA in Anthropology from Bryn Mawr College.

Dr. Deirdre Barron Associate Dean of Research at Swinburne University of Technology As the Associate Dean Dr. Deirdre Barron manages all aspects of the Research faculty's strategy and operations. Her primary research area is education policy and pedagogy with a particular focus on research training and supervision. Other areas include environmental education and communities of practice. She has been the project coordinator for four successfully completed HEEP and EIP funded projects focusing on the analysis of stakeholders in an educational setting. She is currently working on a project tilted "The School: Designing a dynamic venue for the new knowledge environment," which focuses on the nature of design, education, and the ways in which children are taught in our educational institutions.

Dr. Herman Pi'ikea Clark Associate Professor and Interim Director of Tokorau Institute for Indigenous Innovation Dr. Herman Pi'ikea Clark is an Associate Professor and Interim Director of the Tokorau Institute for Indigenous Innovation at Te Whare Wananga o Awanuiarangi, one of the three indigenous universities that have been established in New Zealand. With a background in Design, Visual Artand Education, Dr. Clark teaches Indigenous/Pacific cultural perspectives in Design studies while contributing to the development of indigenous design theory and methodologies for research and professional practice. He initiated the first courses in Kanaka Maoli and Indigenous Hawaiian visual art and design studies to be taught within the University of Hawaii system. Together with his wife, Norfolk Island artist Sue Pearson, he established 'Pili,' a Fine Art and Design practice that specializes in the contemporary visual expression of Pacific culture and indigenous identity.

Vince Dziekan Deputy Associate Dean in the Faculty of Art & Design at Monash University Vince Dziekan is Deputy Associate Dean (Research) in the Faculty of Art & Design at Monash University in Melbourne, Australia. In his forthcoming book Virtuality and the Art of Exhibition (Intellect Books, UK) Dziekan examines the impact of digital technologies on curatorial design and the implications of virtuality on exhibition-based practices. He is a research associate with the Foundation for Art & Creative Technology (FACT, Liverpool), member of the Virtual NGV steering committee (National Gallery of Victoria, Melbourne), series editor for the TransDiscourse publication series (in collaboration with Z-Node Planetary Collegium), and Digital Media Curator of The Leonardo Electronic Almanac (LEA).

Russell Kennedy Adjunct Research Fellow at Swinburne University of Technology and President (2009-2011) of Icograda Russell Kennedy is an academic, filmmaker, and graphic designer. He has also been the principal of Russell Kennedy Design, a corporate identity consultancy, and co-director of Onset Productions, a motion picture and documentary company. He is a Fellow of the Royal Society for the encouragement of Arts, Manufacture and Commerce (RSA) and a member of both the Australian Graphic Design Association (AGDA) and the Design Institute of Australia (DIA). He is a Regional Ambassador to INDEX: Design to Improve life, the Danish Government's International Award program and was an advisor to the City of Seoul for the Seoul Design Olympiad in 2009 and World Design Capital in 2010. Since joining the Icograda Board in 2003, he has been active in the development of the Icograda Education Network (IEN) and the deployment and promotion of worldwide educational exchange initiatives. He initiated INDIGO, Icograda's international indigenous design network which was launched in 2007.