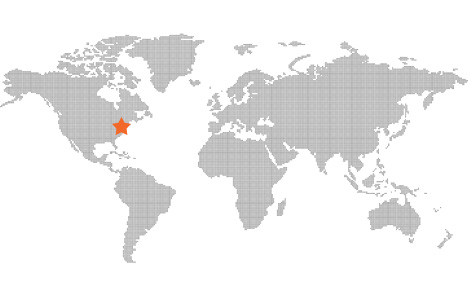 Special thanks to the incredible jury team who worked on judging this year's Graphics/Branding/Identity category.

Arem Duplessis Design Director at The New York Times Arem Duplessis is currently the Design Director of The New York Times Magazines. He has held positions at Spin, GQ and Blaze magazines. His work has been recognized by the Society of Publication Designers, The American Society of Magazine Editors, Communication Arts Magazine, The Art Directors Club, The Type Directors Club, The AIGA, Print, American Photography and American Illustration magazines. Arem is an Instructor at The School of Visual Arts and teaches a yearly Masters Workshop in Copenhagen. He has lectured in New York, Chicago, Washington, Louisville, Los Angeles and Scandinavia.

Mark Randall Principal of Worldstudio Mark Randall is principal of Worldstudio, a marketing and design firm that adheres to the philosophy of "doing well by doing good." Worldstudio partners with corporations aligned with their aspirations of driving long-term social change. Worldstudio's work has won leading industry awards and been featured in books and publications on design. In addition to lecturing on design and social responsibility at schools and industry conferences, Mark is the co-founder and chair of Impact! Design for Social Change, a six-week summer intensive at the School of Visual Arts in New York.

Paula Scher Partner at Pentagram For over three decades Paula Scher has been at the forefront of American graphic design. A principal in the New York office of Pentagram since 1991, her graphic identities for various companies and cultural institutions have become case studies for the contemporary regeneration of classic brands. Her recent architectural collaborations have re-imagined the urban landscape as a dynamic environment of dimensional graphic design. She is President of the Alliance Graphique Internationale, a member of the Design Commission of the City of New York and the Art Directors Club Hall of Fame, and a recipient of the American Institute of Graphic Arts Medal and the Type Directors Club Medal. Her work is represented in museums all over the world and she holds two honorary doctorates in graphic design.

Bonnie Siegler Co-Founder of Number 17 Bonnie Siegler founded Number Seventeen, with her partner, Emily Oberman, in 1993. It is a multidisciplinary design studio working in print, TV and the web, mostly for the entertainment industry. Some recent work includes the Deluxe Illustrated Edition of Superfreakonomics, the redesign of Newsweek magazine, a new logo and website for This American Life; the titles for Saturday Night Live; the logo for 30 Rock; the logo and collateral for the National September 11 Memorial & Museum; and a book for Seventeen Magazine (naturally). She is also a past treasurer of the New York Chapter of the AIGA and has served on its national board.