Keha3 Reimagines Bike Racks in Its Own Image, That of Nature

Earlier today, I posted a series of images of a Buoy lamp with the promise of more details, so without further ado: credit goes to Margus Triibman of Estonian design studio Keha3. (There's a land version and a waterproof one for maritime use.) Along with his partners Ville Jehe and Tarmo Luisk, Triibman founded the company in 2009, specializing in design for public spaces, including but not limited to the increasingly-ubiquitous urban fixture, the bicycle rack. 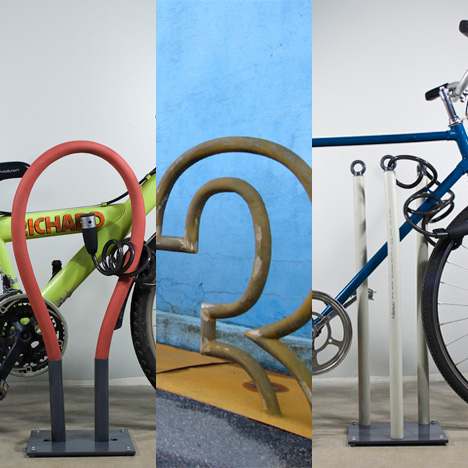 We saw a handful of residential storage solutions a while ago, but the public bike rack beat has gone relatively cold... until now. 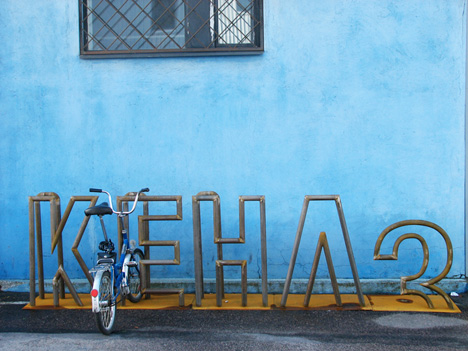 I like Swiss typography as much as the next guy, but designer Tarmo Luisk has taken his passion for sans-serif lettering to the next level with "Typo." 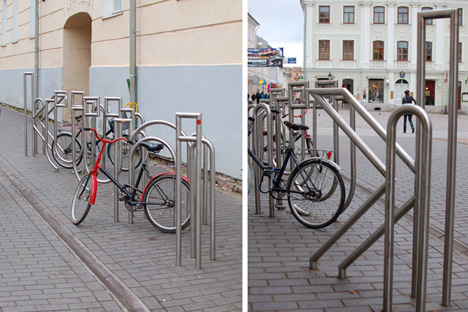 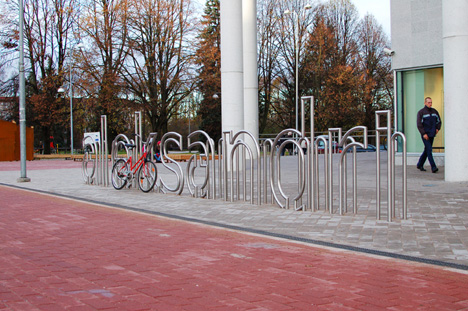 At least it makes for a functional alternative to a billboard...

Check out Margus Triibman's more flexible works after the jump: 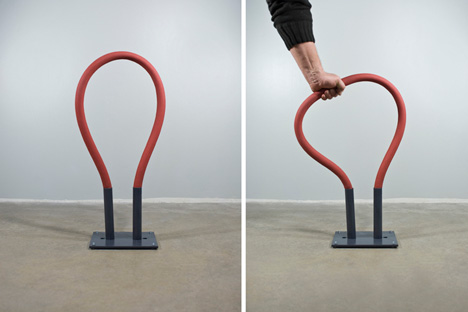 "Tulip Fan Fan" (or is it "Tulip Fun Fun"?) is what appears to be a rubber loop that loosely resembles a velvet rope, if only for its color, though I question its purported semblance to a meadow:Tulip Fan Fan is elastic and safe rack resembling a meadow. Tulip Fan Fan provides freedom to choose the way and direction of placing the bike. The fixing place of the bike is not uniquely determined hence it is suitable for fixing bikes with different height and different type of frame. 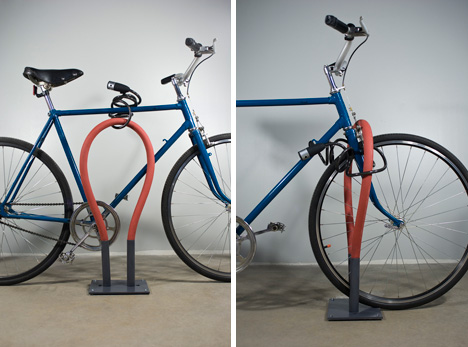 And even though I agree that they look strangely organic in sequence, I'm curious as to how much security the "Tulip Fan Fan" offers—the rubber hose belies a stronger metal cable within, but it's still gotta be a breeze to cut compared to a steel bike rack. 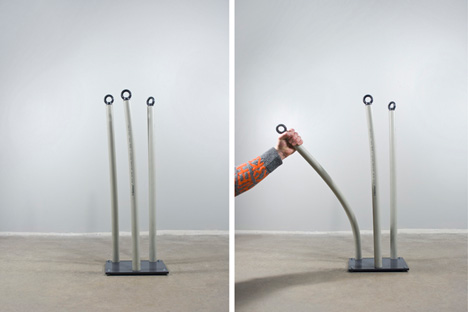 Meanwhile, the "Grazz"—grass, per the nature reference—is even more minimal: a metal eyelet atop a vertical length of plastic.Bike rack consists of plastic covered metal cables with metal loops at their ends for fixing the bike lock. Plastic surface cover and elastic structure protect the bike from scratches. When placing the Grazz bike racks side by side, it is possible to create partitions, artificial barriers to the city environment.

Here, security of the materials aside, the height seems like a limiting factor: it looks like it doesn't quite reach the top tube, yet it's too high to lock the front wheel and down tube with a smaller U-lock. Of course, an easy solution would be to array "Grazzes" of varying heights in a narrow grid. 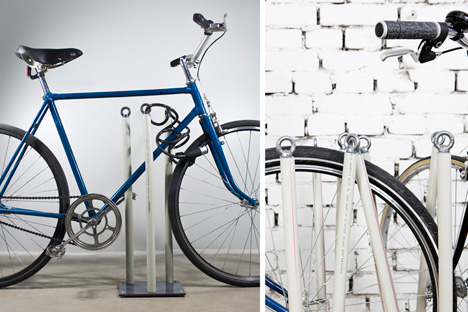 Still, there's something quite nice about seeing a lot of these in a row: 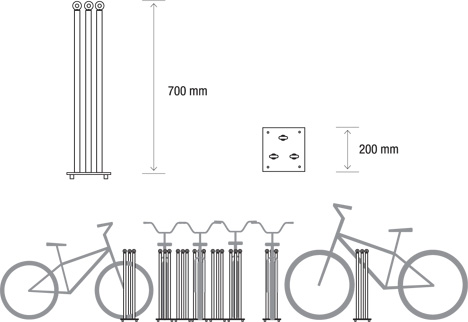 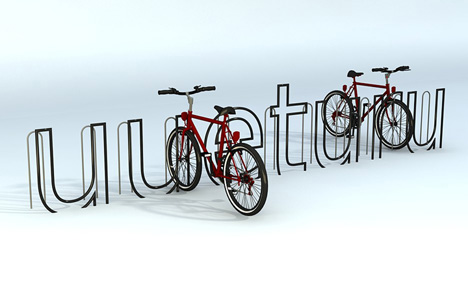 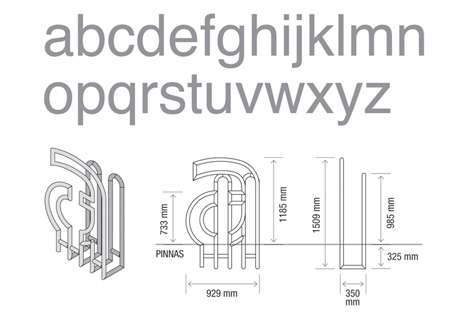 Keha3 Reimagines Bike Racks in Its Own Image, That of Nature