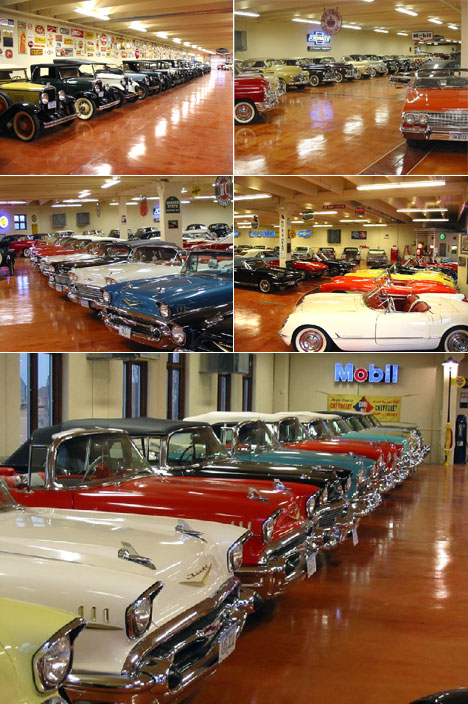 This is pretty fascinating: In the 1950s Chevys were hot, and Dennis Albaugh was a longing farmboy whose father forbade him to drive convertibles due to safety issues. Now that he's a rich and retired businessman, Albaugh's been making up for lost time by collecting Chevrolet convertibles. At last count he had 147 of them.

"It's probably the best assemblage of convertible Chevys in the country," Chevrolet historian Murl Randall told the New York Times in this article on Albaugh and his fleet. The collector has amassed Chevy convertibles from every year starting at 1912 and ending in 1975, with a small gap in the early '40s when World War II shut down car production. Check out the slideshow of his insane "garage."