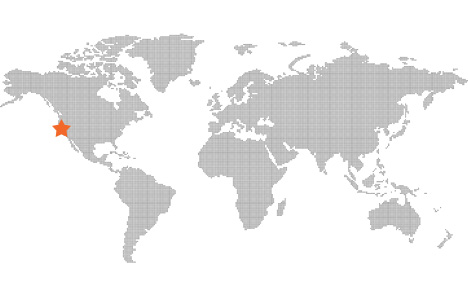 Special thanks to the incredible jury team who worked on judging this year's DIY/Hack/Mod category!

Eric Wilhelm & Christy Canida CEO of Instructables & Co-founding Partner of Squid Labs and Community & Marketing Director at Instructables Eric Wilhelm is the Founder and CEO of Instructables.com, a service that helps passionate people share what they do and how they do it. He is also a Co-Founder of the innovation and design firm Squid Labs, which, in addition to Instructables, has led to the creation of energy and health companies. He earned his PhD in Mechanical Engineering from MIT, and believes in making technology accessible and inspiring learning and sharing among others. While at MIT he developed methods to print electronics and micro-electromechanical systems using nanoparticles. He has been recognized as one of the top innovators under 35 by Technology Review magazine, and was awarded the National Inventors Hall of Fame Collegiate Inventors Award.

Christy Canida is the Community and Marketing Director at Instructables.com. She earned her SB in Biology from MIT, and worked in the biotech industry, transgenic mouse labs, and an aquarium. Her DIY food, taxidermy, craft, and home renovation projects can be found at http://www.instructables.com/member/canida/.

Jeffrey McGrew Founder and Co-Owner of Because We Can Jeffrey McGrew is a licensed architect and for the last three years has been the Founder and Co-Owner of the design-build studio Because We Can. He is immersed in building, interior, product, and furniture design from small decorative pieces to complete interior spaces, all with a heavy focus on leveraging CNC-driven tools and Building Information Modeling. He occasionally gives presentations on BIM (Building Information Management) at local and national conferences.

Simone Davalos Robot Builder and Co-Producer of RoboGames Simone Davalos is a robot builder and co-producer behind RoboGames, the world's largest open robot competition. She has worked with The Long Now Foundation, the large-scale fire and industrial machine arts of The Flaming Lotus Girls and Survival Research Labs, and occasionally writes for Laughing Squid, an arts and culture website.

Arwen O'Reilly Griffith Staff Editor for MAKE and CRAFT Arwen O'Reilly Griffith has a background in art and was an archivist at the Dia Foundation before returning to the West Coast to work for MAKE and the developing Maker movement. She is inspired by the spirit and ideas behind the DIY phenomenon, and hopes to see continued melding of the art, craft, tech, and open source worlds. Living in San Francisco with her husband and their two-year-old rapscallion, she is passionate about gardening, heirloom crafts and technologies, and sustainability, all of which are intertwined.