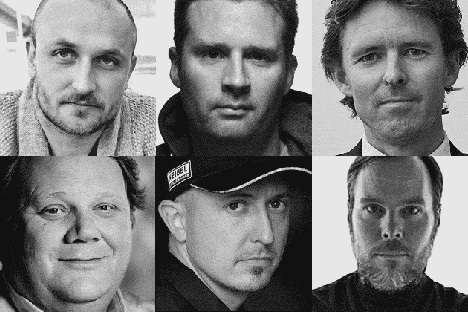 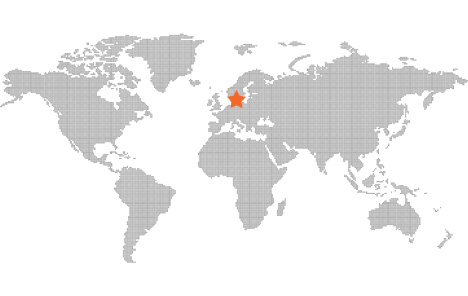 Special thanks to the incredible jury team who worked on judging this year's Transportation Design category!

Lars Holme Larsen Co-Founder of KiBiSi and Founder of Kilo Design Lars Holme Larsen is Co-Founder, CEO and Creative director of KiBiSi. He is known as an industrial designer rooted in a straightforward approach to design that merges high and low elements of contemporary culture. His work has earned him the Danish Design Prize and acclaim as one of Denmark's fastest rising design stars. Founded by Kilo Design (Lars Larsen), BIG (Bjarke Ingels) and Skibsted Ideation (Jens Martin Skibsted), KiBiSi is a Copenhagen based idea-driven industrial design firm. KiBiSi combines the faculties of its founders into a symbiotic hybrid of design, architecture and ideas. This includes the production know-how and design sensibility of Kilo Design, the big ideas and large scale perspective of BIG architects, and the idea-driven innovation and brand awareness of Skibsted Ideation.

Jens Martin Skibsted Founding Partner of Biomega and KiBiSi Jens Martin Skibsted is a global design expert, visionary, urban mobility pioneer, and innovation thinker. For over a decade he has helped ambitious companies build products that redefine marketplaces. He is the founding partner of Biomega, a luxury bicycle manufacturer, and KiBiSi, a product design consultancy. His bicycles are collected by MoMA, Le Cnap and SFMoMA. He is a published and sought after expert and speaker at conferences. He is an advisory member of INDEX Award, World Economic Forum's Global Agenda Council on Design and the Danish Design Council. He was educated at ESEC in Paris, UCBerkeley and Copenhagen University.

If you missed it the first time around, be sure to check out our Q&A with Jens, conducted in anticipation of the Awards announcements

Frederik Ottesen Project Developer at Solar Flight and CEO of Matriks A/S Frederik Ottesen is an experienced entrepreneur and innovative thinker working closely alongside Solar Flight's engineers and aviators to develop the company's new projects, like the world's first passenger carrying solar powered airplane. He is also the CEO of Matriks A/S, a software company that he stared in 1998. His insatiable curiosity and passion for adventure took him on a two year circumnavigation of the globe, exposing him to remote corners of the world and testing his resilience. Returning from his adventures he was invited to be part of the Maritime safety think tank run by the Danish Maritime Institute, DMI.

Peter Ingwersen Founder of Noir Peter Ingwersen founded Noir, the fashion luxury brand on sustainability in 2005. He also launched an organic and fair-trade cotton initiative out of Uganda, Africa. He is a brand expert with an outside view of transportation from third world, ecological and lifestyle perspectives. He has worked both in start-ups and big corporations. He is driven by zeitgeist trends and inspired by the third bottom-line philosophy. He has lectured on sustainability at Central St. Martins College of Art in London and Bunka, the design university in Tokyo, among other institutions. He is currently on the jury of The Swedish Foundation for Strategic Environmental Research.

Kristian von Bengtson Co-founder of Copenhagen Suborbitals Kristian von Bengtson is a co-founder of the non-profit and open source space project called Copenhagen Suborbitals. His mission is to fly into space in a spacecraft he has designed and buildthimself. He has a passion for design processes containing a technical twist or as many challenges as possible. Only when pushing himself to the edge of what is possible, Kristian feels alright. He has a Master's degree in Architecture and Space Science, worked at NASA and did various design and art projects, earning him several awards and 20 personal design grants.

Nille Juul-Sørensen Associate Director with Arup Nille Juul-Sørensen is an Associate Director with Arup, the world's largest engineering company. He manages the consulting arm of product design for a company with offices in 32 countries. An architect with Copenhagen's Royal Academy of Fine Arts, his contributions to public life have included 10 deep stations and eight above-ground stations in Copenhagen's Metro, as well as the conceptual design for a new tram line in Oslo. His work has taken him to airport component designs in Copenhagen, Rome and Hong Kong. He is also a winner of Eckersberg Medaillen, considered the equivalent of the English Royal Intstitute of British Architects' (RIBA) Gold Medal, and was a 2005 nominee for the EU's coveted biennial Mies van der Rohe Awards.