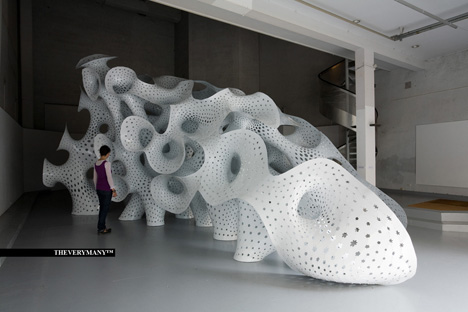 Marc Fornes' "nonLin/Lin Pavilion" is the latest "looks-cool-but-what-does-it-actually-do" project to land in the ol' inbox. The installation—recently realized at the FRAC Centre (Center to those of us in the States) in Orleans, France—combines elements of biomimetic design, architecture, sculpture and technology in what can only be described as an organic form. 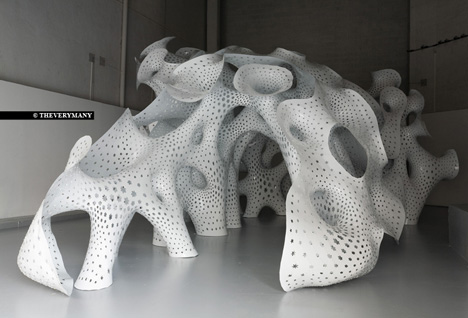 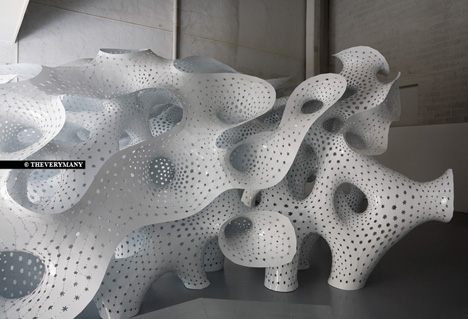 nonLin/Lin Pavilion is a prototype which engages in a series of architectural experiments referred to as text based morphologies. Beyond its visual perception of sculptural and formal qualities, the prototypes are built forms developed through custom computational protocols. The parameters of these protocols are based on form finding (surface relaxation), form description (composition of developable linear elements), information modeling (re-assembly data), generational hierarchy (distributed networks), and digital fabrication (logistic of production).

The Pavilion project refers to its own scale. It is not considered a model of a larger structure or a building, neither is it an art installation. It is not made out of cardboard, or connected through paper clips. Its structural integrity does not rely on any camouflaged cables and it can resist water. It is light yet very strong. One could sit on it, even hang or climb it. It is scalable to a degree. It is not produced through academic facilities. It is a prototypical architecture. 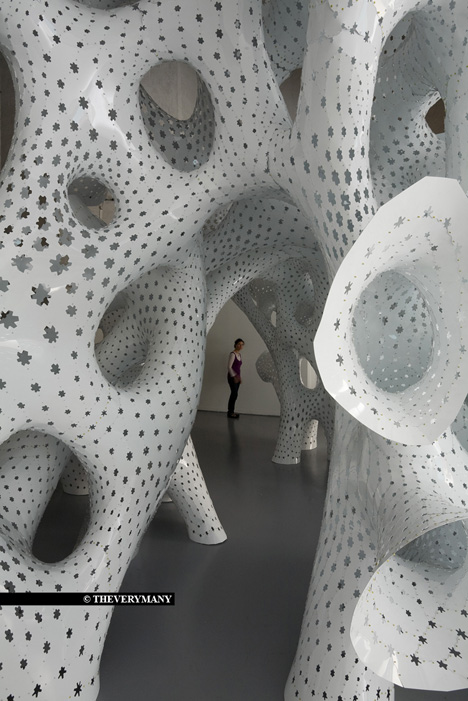 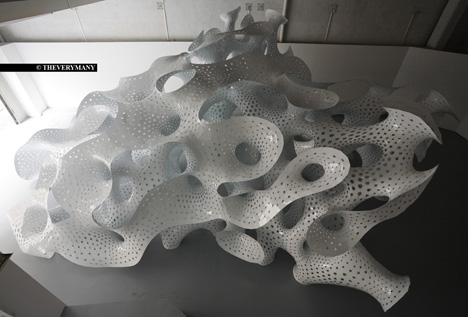 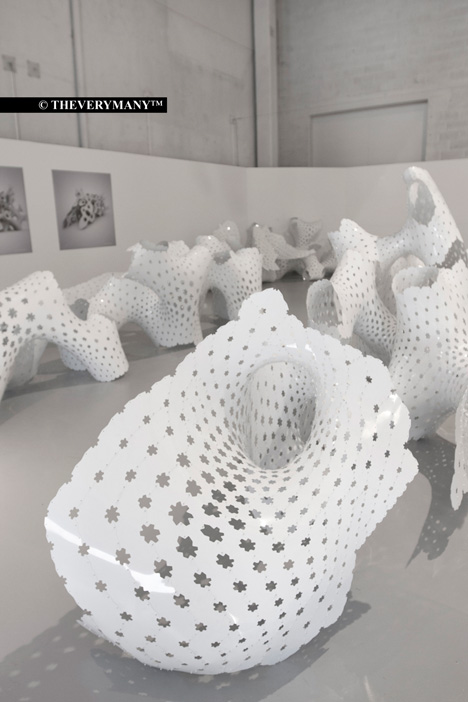 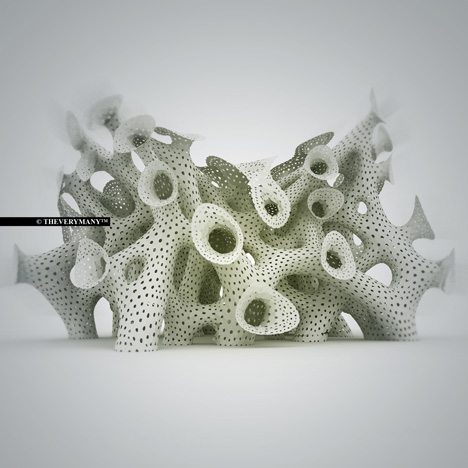 Insofar as "nonLin/Lin" Pavilion's biomimetic form belies its conceptual basis, the unapologetically cerebral project description reads like a dissertation abstract. Here are some of the more digestable snippets:The structure is forming a eccentric universe where familiar elements such as openings or dimensional measurements turn out of model or scale. This visual phenomenon is allowing spectators to suspend disbelief while assigning cultural references or analogies from nature (corals, flowers)—yet nonLin/Lin Pavilion is only a very precise experiment toward constructability within a precise economical and cultural context... 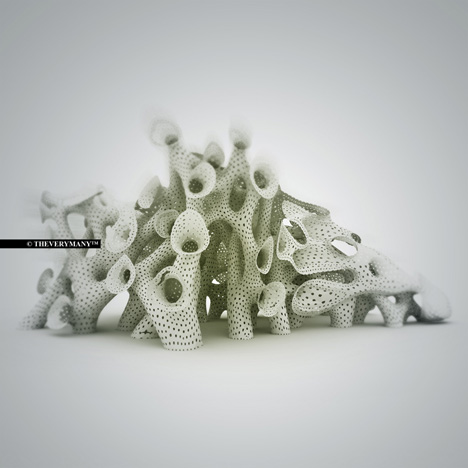 The cohesive morphology of the pavilion originates from a "Y" model referred to as the basic representation and lowest level of multi-directionality. Such a premise was established in order to challenge issues of morphology since tri-partite relational models can not be formalized and described through a single bi-directional surface (ie: Nurbs surfaces) - which is yet still one of the main medium of representation within the avant-garde architectural repertoire... 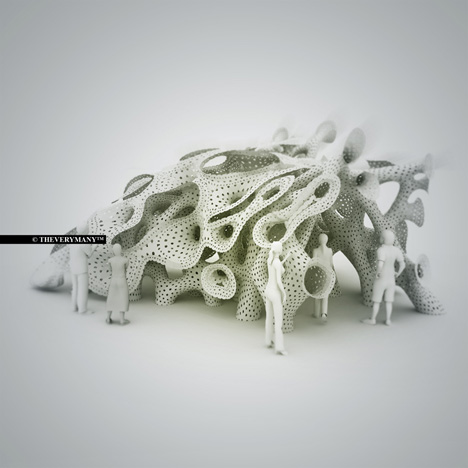 This prototypical structure is an investigation into transformations from one state to the other. Members within the structural network are opening up and recombining themselves into larger apertures while their reverse side is creating a surface condition providing that as density increase eventually provides to the person evolving within a sensation of enclosure.

Local protocols of transformation are corrupted with overall hierarchies—such as varying radii for the members based on their position within the structural network. This orientation to the system results into a spatial environment with intrinsic and extrinsic moments. 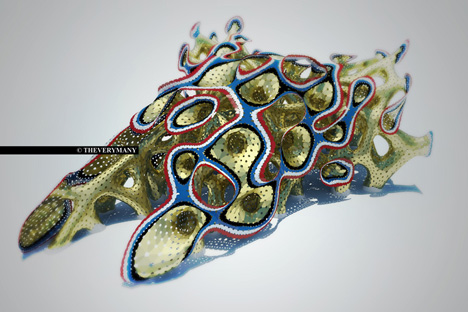 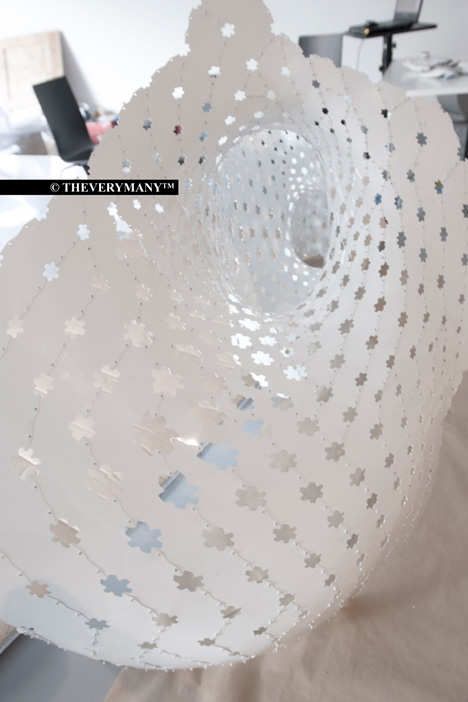 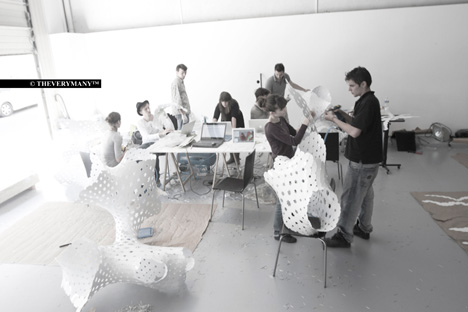 While Fornes lectures and workshops at digital design studios the world over, the architect/computer scientist is hardly an ivory-tower academic, producing "large-scale prototypical installations" under the moniker THEVERYMANY. 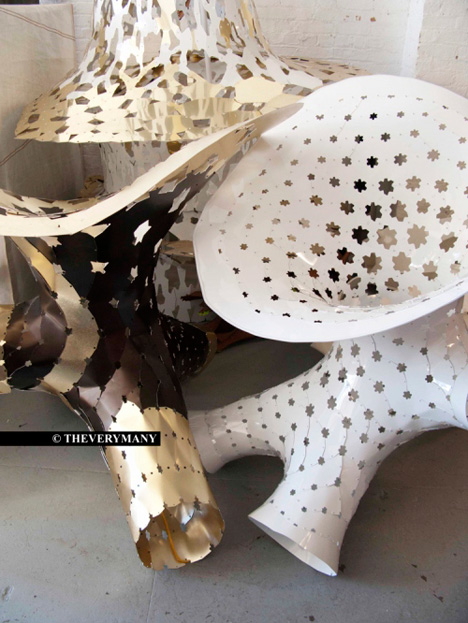