As I mentioned in yesterday's recap of the "Avant/Garde Diaries" launch event, Peter Saville related that the album art for Kraftwerk's 1974 LP Autobahn was the singular inspiration for his decision to pursue graphic design—a sound decision, considering that his artwork for the likes of Joy Division and New Order has perhaps eclipsed that of their krautrock predecessor. In fact, Autobahn was the first record that he bought with his own money—until that point in his teenage years, he simply borrowed tunes from his older brothers. 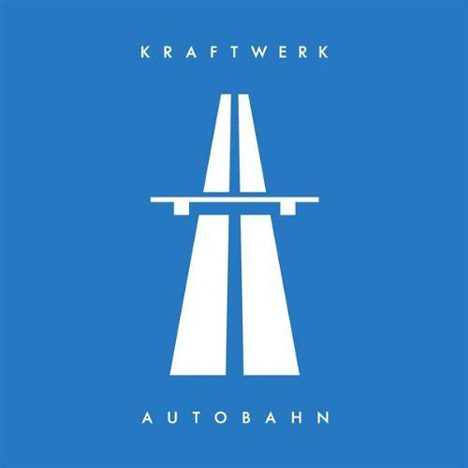 The überminimal design gave Saville his first taste of semiotics as an underlying issue in visual communication. To hear him tell it, the abstracted highway represents "time, history [and] travel" even as it resembles everything from a "power station [to a] cathedral." Saville also noted the ideograph's deeper meaning in terms of "history as well as space," where it has taken on a cultural significance in addition to its graphic one.

Any other graphic designers care to share their "Eureka" moments in the comments? (I'm personally a fan of Stanley Donwood's work for Radiohead...)