Things That Look Like Other Things: Return of the Monocomplex 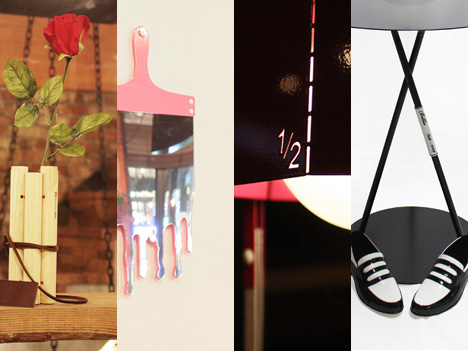 Earlier this year, we had a first look at South Korean design collective Monocomplex. These warm summer months have apparently been quite productive for founders Jangwon Cho, Eunsang Hwang, Hyunwoo Park and Taemin Kim—who, according to their website, all graduated from the Industrial Design program at Konkuk University... earlier this year. Once again, we find ourselves enamored with at least a few of their designs, along with a couple strong concepts that have room for improvement. 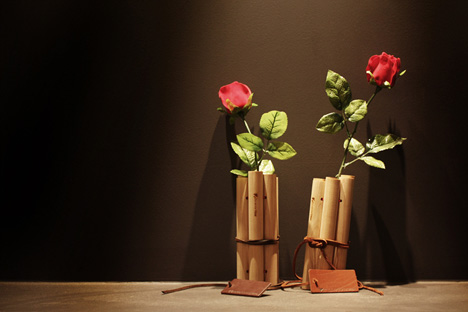 First up, the "Dynamite Vase" isn't a reference to Good Times but the sticks of explosive material, which have been reimagined in wood—ash, of all materials—to make a handsome vase.Dynamite invented by Nobel was a fatal weapon to destroy peace. However, the true purpose of it was to end war and bring peace other than the outbreak of war. 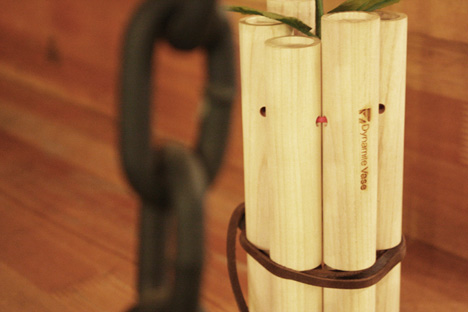 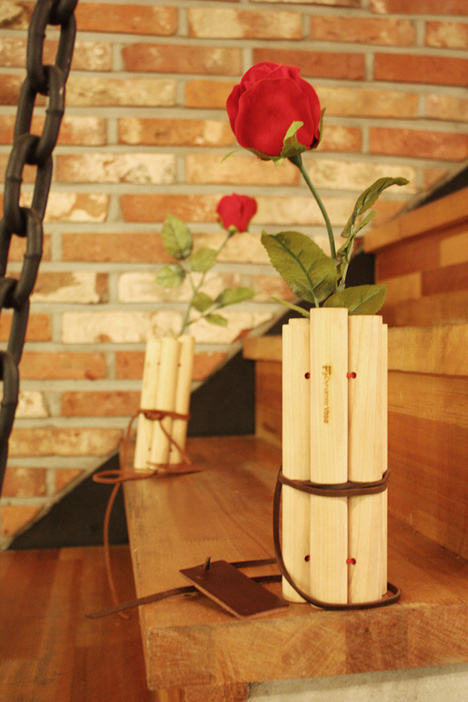 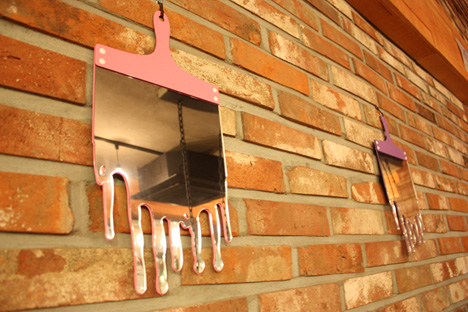 "Paint Mirror" is another design that is exactly what its name describes, though it could mean any number of variations on a mirror (or even some sort of reflective paint). "Paintbrush Mirror" would be more accurate. 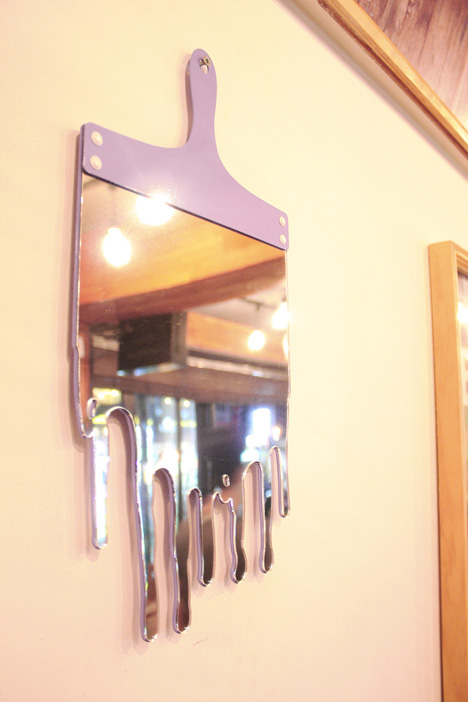 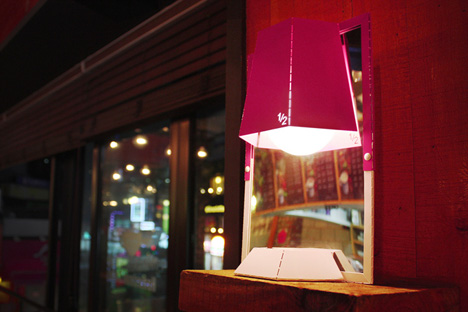 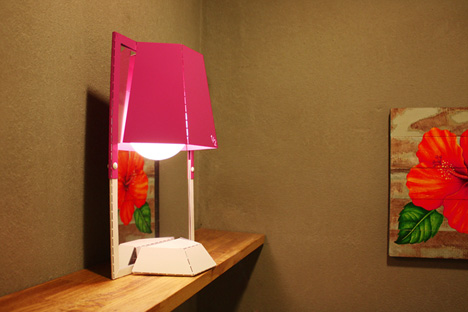 "1/2 Lighting" is a mirror that is bisected by a lamp, intended to function more as the latter than a proper looking glass. I think it's an interesting idea, but it comes off as a little too "pop" for my taste: where "Paint Mirror" is an inherently playful design object, "1/2 Lighting" begs to be more minimal—I'd like to see it with less detailing, non-serrated joints, sans "1/2" branding. 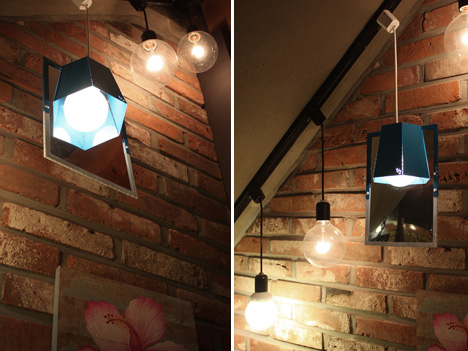 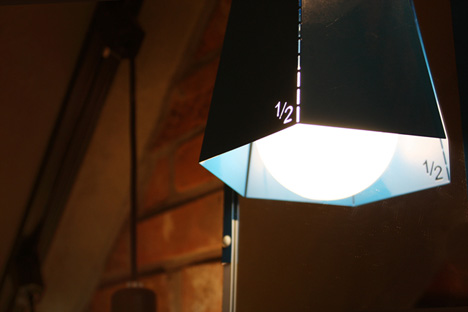 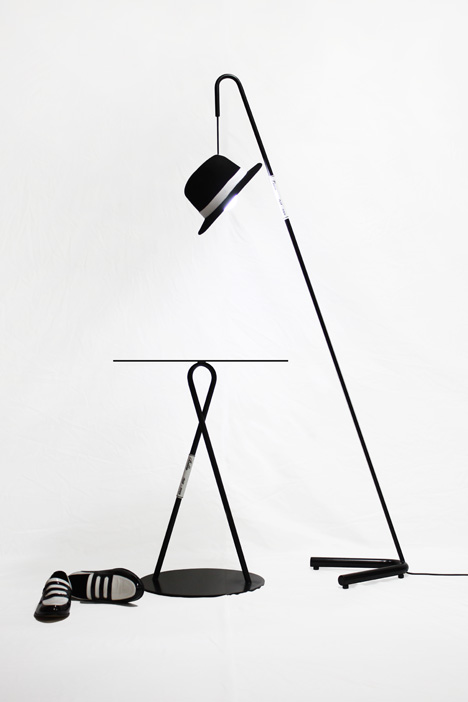 "Lean & Billie" is a two-part tribute to the King of Pop (three if you count the shoes): a floor lamp and a side table that allude to Michael Jackson's iconic dance moves. Nevertheless, the title and years are printed on leather sleeves on each of the pieces in case the skinny steel tubing fails to evoke MJ's unmistakable silhouette... a superfluous detail in my humble opinion. 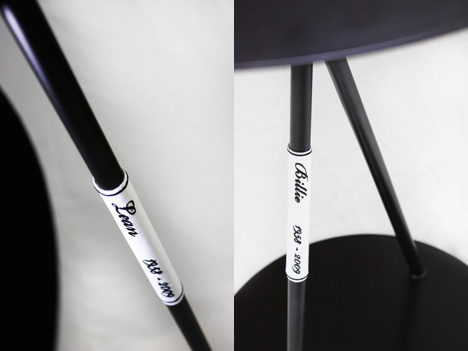 While I appreciate the concept, the execution strikes me as a little stiff. The floating fedora certainly makes a felicitous lamp, but the side table is a bit too abstracted to suggest an entertainer who, more often than not, seemed to defy the laws of physics. And while the hat is a nice twist on a lampshade, the shoes feel more like props. 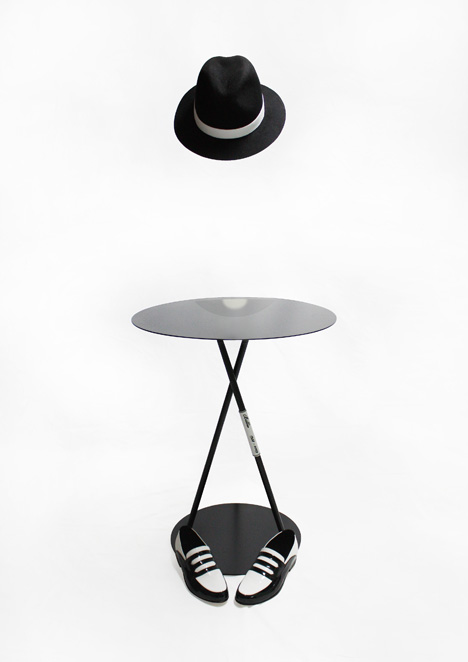 Still, I gotta admit that it looks good as an ensemble, above... just not sure how well it would work in a living room setting.

Things That Look Like Other Things: Return of the Monocomplex