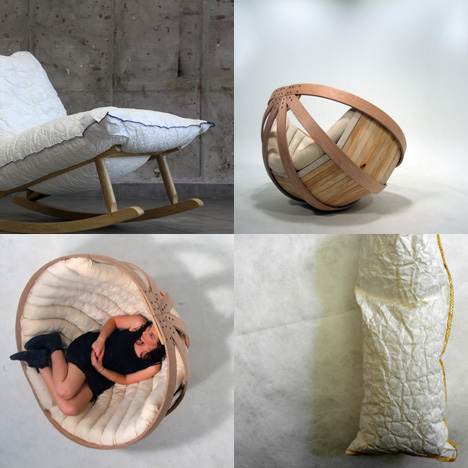 Midsummer though it may be, the international design community is as productive as ever, and—excuse the pun, if not the shameless self promotion—our sister portfolio site Coroflot is home to some of the hottest designs out there. I don't know about anyone else, but I find this current heatwave to be absolutely exhausting, and frankly, a couple of ultra-plush furniture designs are making me sleepy just looking at them. 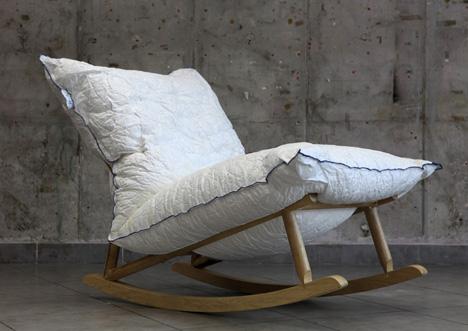 First up, Tel Aviv's Danna Kazir's no-frills "Peppi" couch consists of a giant down pillow atop a rocking chair frame. 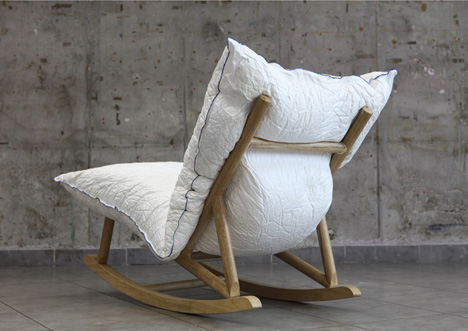 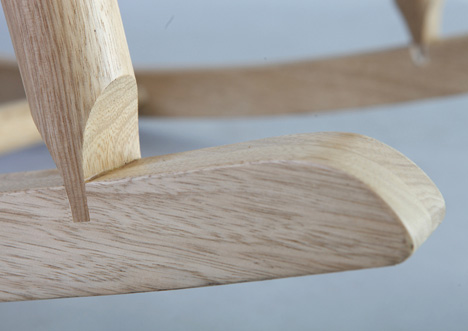 It's a really nice take on a traditional rocking chair: the materials are, above all else, quite inviting, while the frame itself is rather minimal. Details include piping on the cushion, chisel-tipped joinery, and just a couple crossbeams and support members. 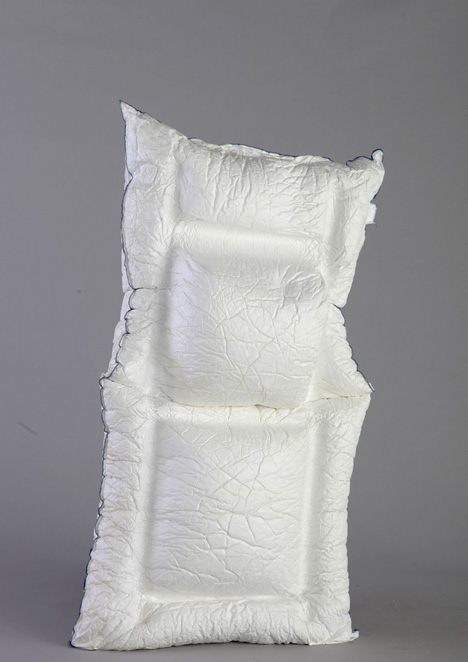 The massive "Peppi" pillow gives the comforter-like cushion from Patricia Urquiola's "Husk" chair a run for the money... as does the bespoke padding in Richard Clarkson's "Cradle," below:

Emerging designer Richard Clarkson has a different approach to reinventing a standard article of furniture: he's crafted a cradle for adults, in collaboration with Grace Emmanual, Brodie Campbell, Jeremy Broker, Eamon Moore, Kahlivia Russell and Joya Boerrigter. (The New Zealand-based designer and photographer showed up on our radar a month ago with his steampunk-y "Rotary Mechanical" smartphone concept.)["Cradle"] is about creating a safe, comfortable and relaxing environment in which the user can dissipate the overstimulation of their senses. The design was heavily directed by a synthesis of research into Autism and children with Rhythmic Movement Disorder (RMD), as well as saftey, sustainability, function and aesthetics. The chair [is designed for maximum] relaxation, comfort and calmness... 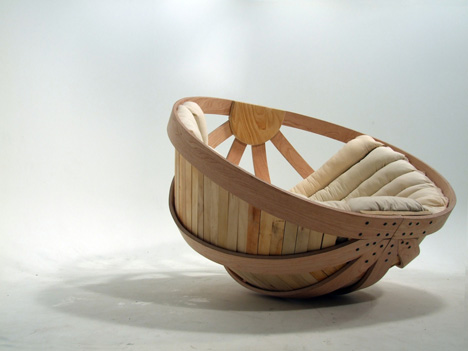 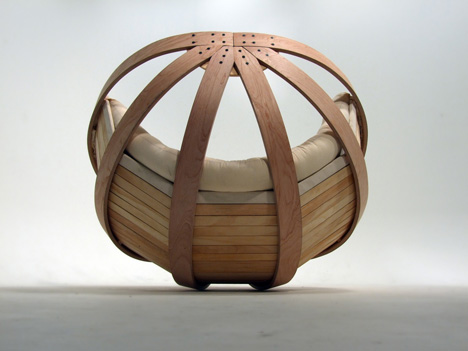 While some might characterize "Cradle" as a glorified papasan chair, I'd argue that there's a bit more to it than that: Clarkson demonstrates his sense of form through the frame, which, like Kazir's chair, alludes to traditional carpentry. In fact, I'm getting a distinct maritime vibe from "Cradle," where the combination of curved braces and slats (articulated staves, perhaps) evoke a barrel or the hull of a boat. 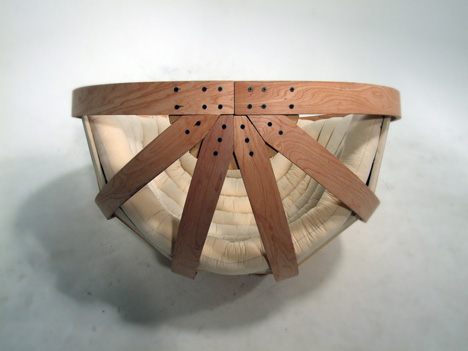 ...or maybe a giant wooden melon? 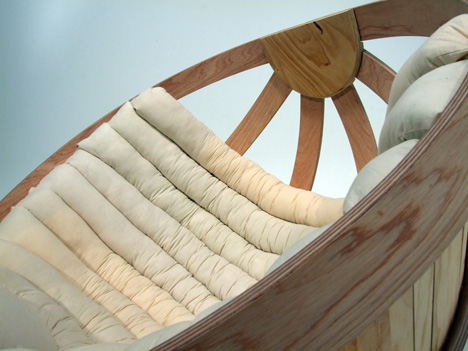 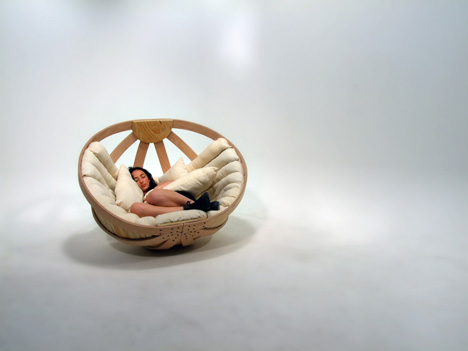 Now, if only the afternoon siesta was acceptable in American work culture... or in Israel or New Zealand, for that matter.