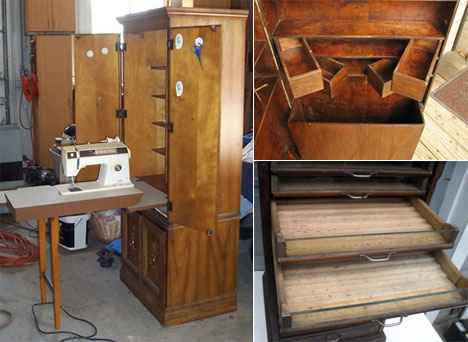 The nice thing about Singer's No. 71 Cabinet is that it looks nice whether open or closed. The workings of its mechanical parts are largely invisible no matter where in the opening process you are.

In contrast, this gargantuan wall cabinet looks hideous and ill-considered the second you open the doors. Not exactly how I'd want to start off an activity. 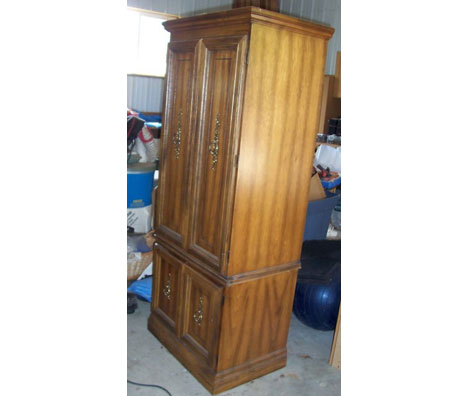 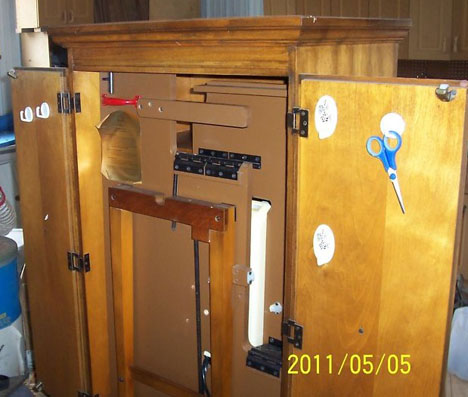 A dual-level table flips out of the cabinet. 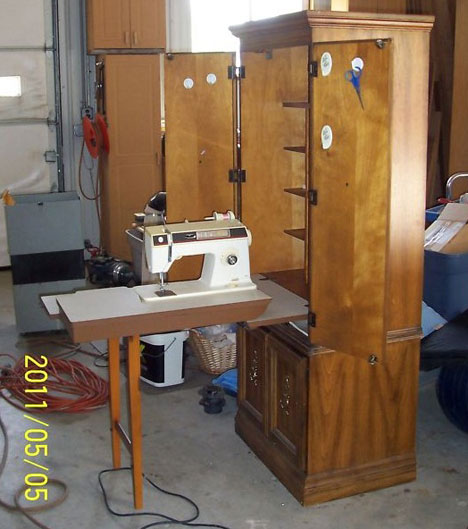 Inside are tilted spool holders. 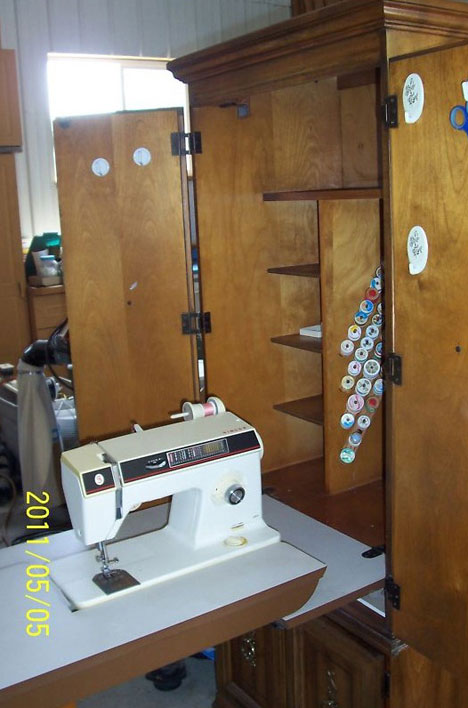 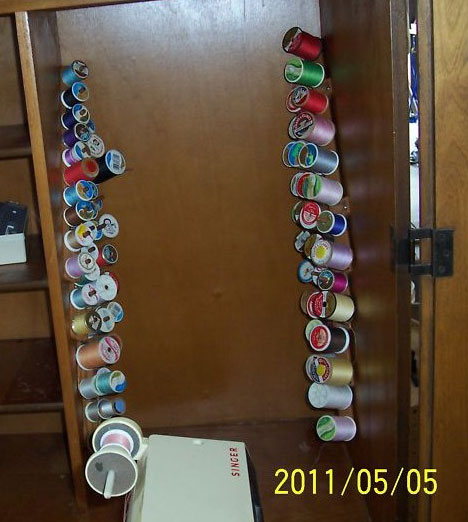 While at first that seems a good use of space, I question the way they're arrayed; it seems it would be more effective if you could see everything at a glance, rather than having the spools in front obscure the colors of the spools in the back. And the ones off in the corner seem they'd be hard to reach.

The storage provided below doesn't seem any better-considered; it appears designed to hold large, bulky items rather than the variety of small objects required in sewing. 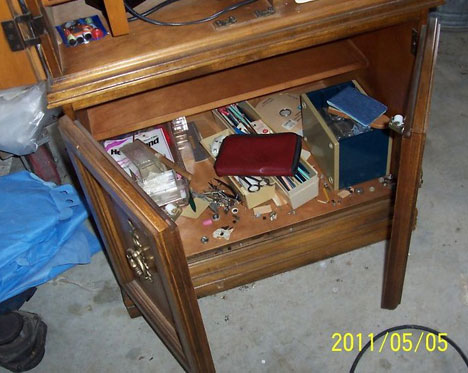 Another huge cabinet whose design I find curious is this one: 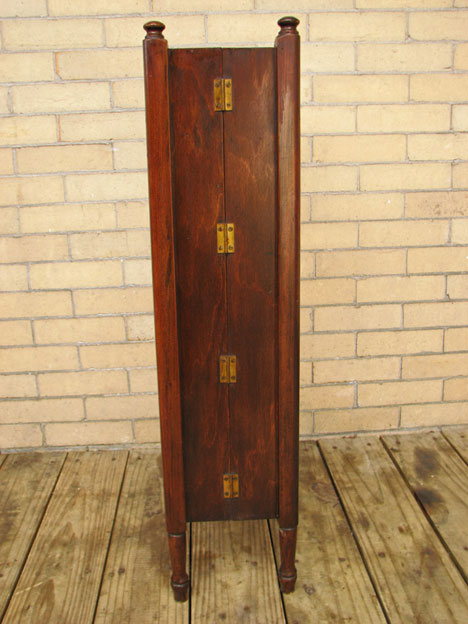 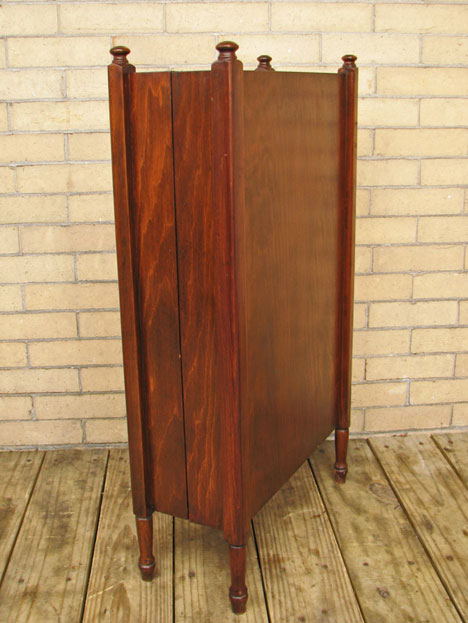 It seems unwieldy as heck, but the whole thing is meant to be pulled open. Seems heavy, and I wonder how stable it is on just those four legs. 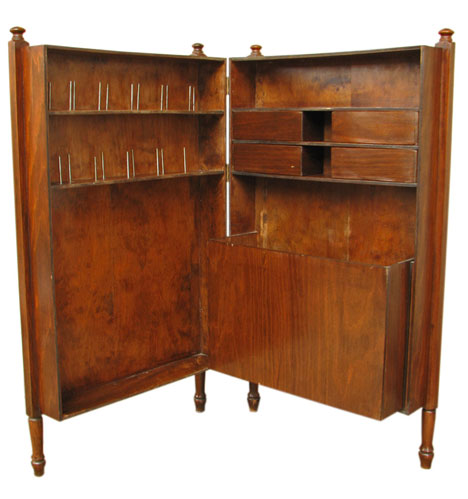 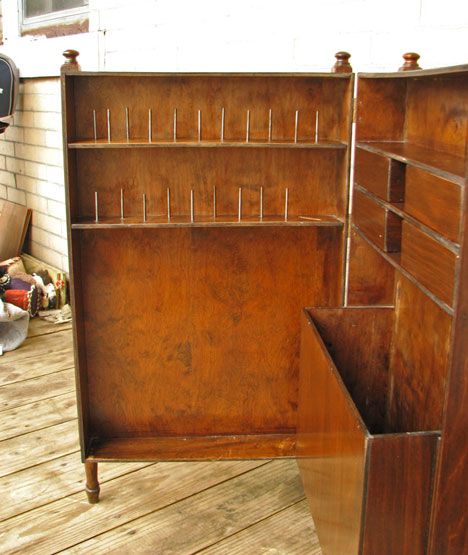 Inside it's got huge spool pins probably meant for yarn rather than thread, and flip-out drawers. 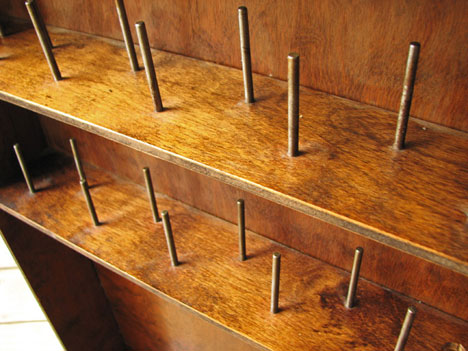 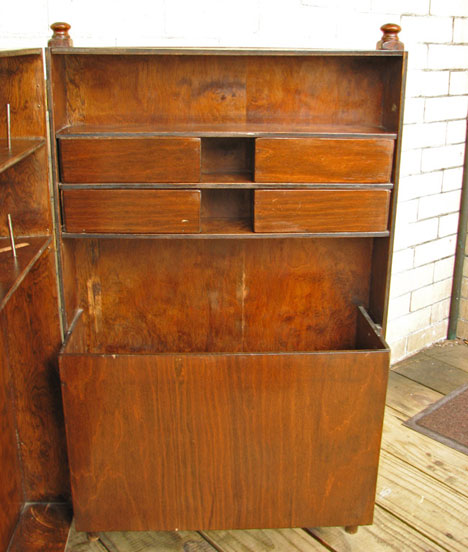 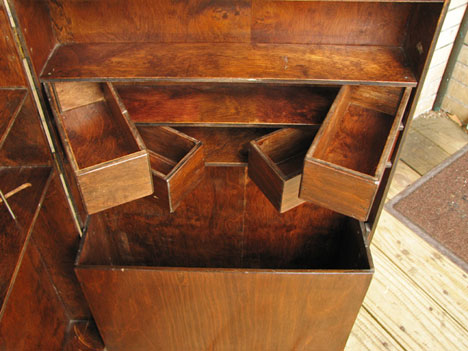 If you look closely you can see the dowel the drawers pivot around. And while they initially seem neat, on second thought I question their efficacy; the position of the dowel pivot requires leaving a space between the drawers, so that they can clear each other while opening, so that space in between them is essentially dead space.

The prettiest of the large cabinets I've seen also appears to be the oldest: 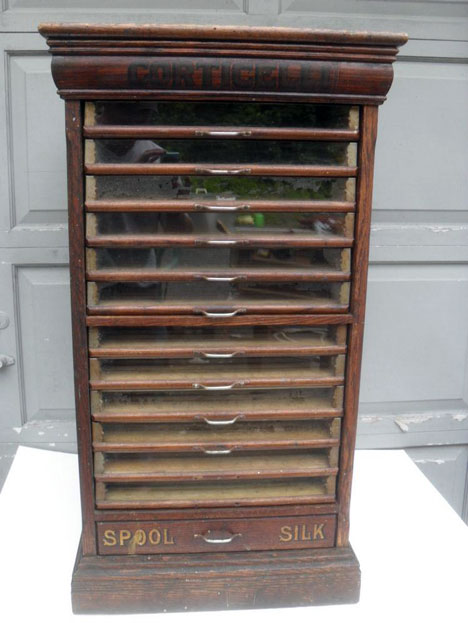 Labeled "Corticelli," it appears to be a POP display for thread. 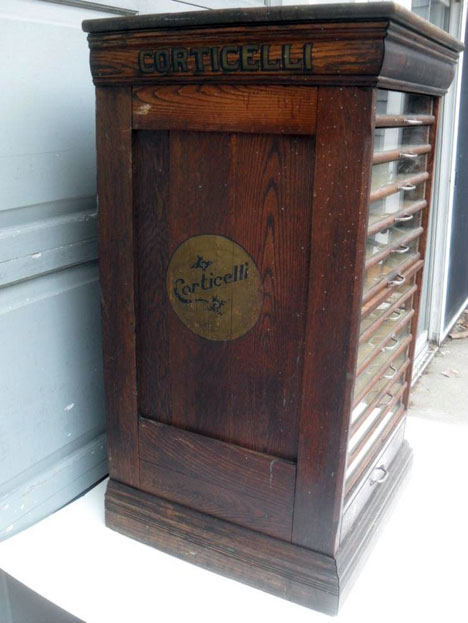 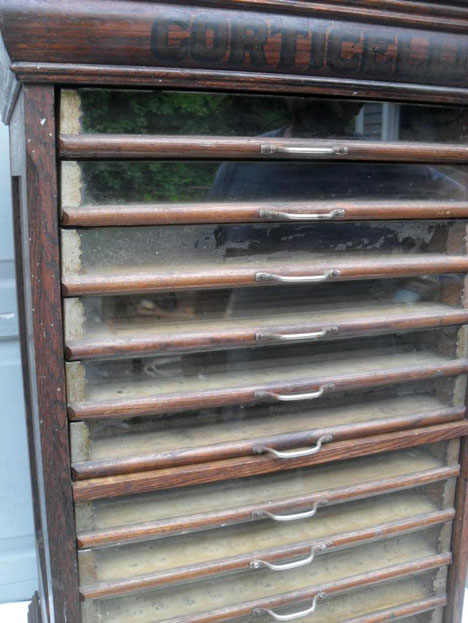 Save for the bottom-most drawer, the pull-out drawers have thick glass fronts, and if you look at the sides of the insides of the drawers, you can see the drawer bottoms are stepped and angled, probably to increase visibility. 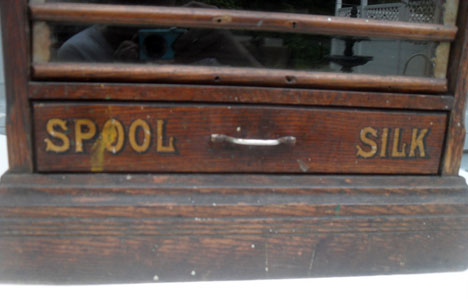 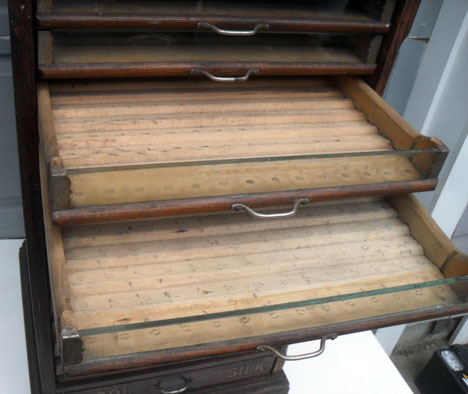 The top appears to be solid oak so this thing must weigh a shit-ton. (For you European readers, that's an American unit of weight roughly equivalent to your metric ton.) 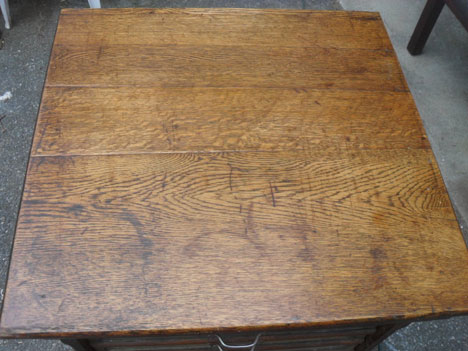 See the rest of the series here: