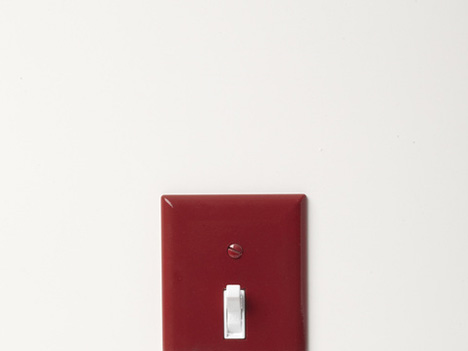 Recent ID grad Current ID student Jake Frey earns the nominal honor of designing the best 'combination-light-switch-plate-and-keyholder' with his simple magnetic switch cover, ousting a couple of hook-based contenders that we've recently come across (after the jump; three's a trend?).It is a standard size switch cover plate with a high power magnet incorporated in the back, so the user can drop their keys when they turn the lights on and come into a room. 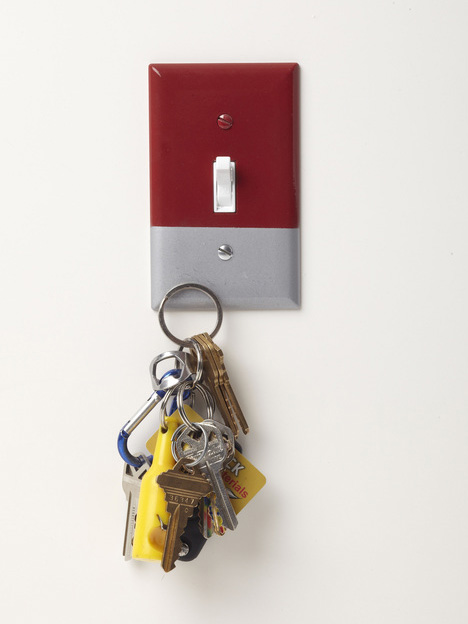 If there's not much to describe, suffice it to say that the design speaks for itself... though I wonder if a "high-power magnet" might affect (or be affected by) the electric current controlled by the switch. In fact, I'm curious if it would be possible to make a magnetic keyholder that activates the lights only when the keys are present (as in some hotel rooms). 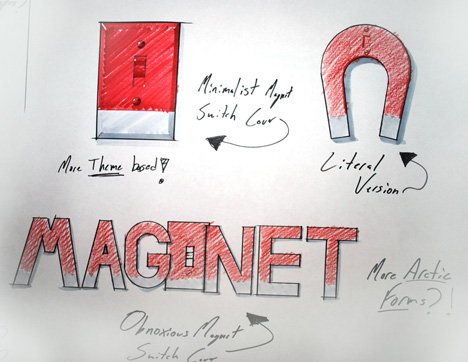 Incidentally, it was designed for the Urban Outfitters (they're based in Philly, where Jake will complete his degree next year)... but the simple two-tone design—a subtle nod to the classic horseshoe magnet—says "hipster" more in a whisper than a shout.Switchhooks (below), for their part, actually offer a magnetic version in addition to hook-based designs, but the minimal design was lost among a handful of other, more elaborate designs that were a bit too craft-like for my taste (I like bamboo as much as the next guy, but it evokes a balsa model vibe here). 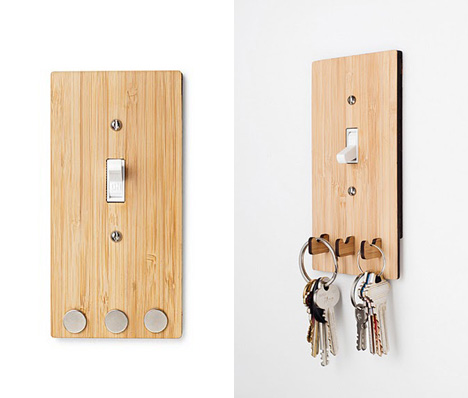 Meanwhile, the ill-fated Wallplates struck me as just a little too dorm-friendly... again, a matter of taste.

And, of course, let's not forget the throwback appeal of a good, old-fashioned keyhook... apparently one of the more popular crafts on Etsy, where you can also find a variety of novelty light switch covers to boot.