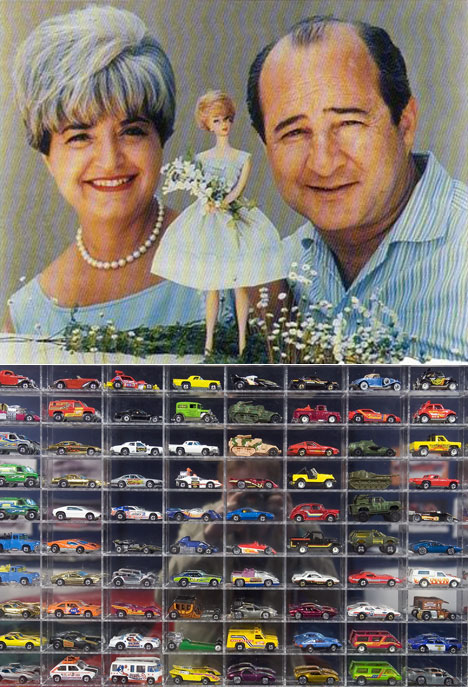 You may not know his name, but you definitely know his work. Elliot Handler, the co-founder of toy company Mattel, passed away last week at the age of 95.

Handler studied industrial design at Pasadena's Art Center, way back in the 1930s and '40s. After serving in the Army during World War II, Handler co-founded Mattel with a buddy, later buying him out to take sole control of the company with his wife. In the '50s and '60s Mattel released at least two iconic toy designs that catapulted them into the Fortune 500: The Barbie Doll—created by Handler's wife, Ruth—and Handler's targeted-at-boys counterpart, the Hot Wheels line of cars.

Read a condensed version of Handler's life story here, and check out the interesting back-story on Barbie's genesis—based on a German doll which was in turn based on a German comic strip—here.