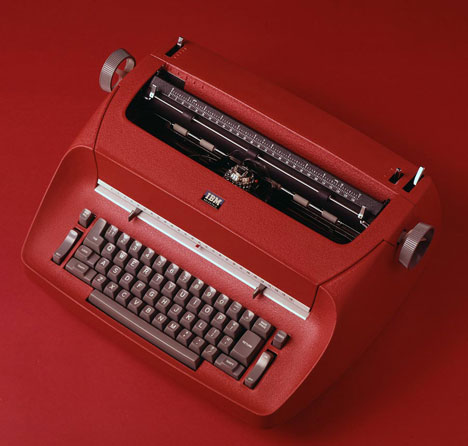 This Sunday will be the 50th Anniversary of the launch date of IBM's Selectric typewriter, a game-changing design that represented mid-century American manufacturing prowess brought to market with a one-two engineering-&-industrial-design punch. A team of engineers led by Horace "Bud" Beattie worked the guts while industrial designer Eliot Noyes is given sole credit for the overall form, his Olivetti influence notwithstanding. 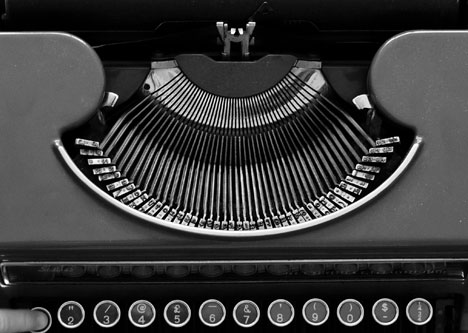 The engineering team's brilliant innovation was to get rid of the type bars. Prior to the Selectric, each typewriter's key worked a dedicated bar that slammed its imprint in the center of the typing area. A split-second was needed between keystrokes so that a type bar returning to its resting position had time to clear the next outgoing bar. If a typist was too fast, the bars would contact each other and jam.

Beattie and his team replaced the bars with a spherical head imprinted all around with letters, a sort of "golf ball" that precluded any timing overlaps:

The result was twofold: Typists could now increase their speed, thus boosting productivity, and the golf ball could be changed if different fonts were required. If you ever see a Selectric in action, you'd probably retroactively associate a sort of CNC-like quality to it, as the ball rotates and stamps faster than the eye can track, moving with an almost disturbing speed and precision. 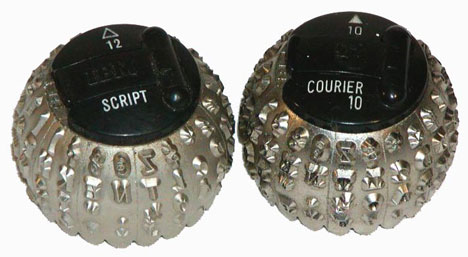 This was not an easy mechanical task to achieve, and the engineering team reportedly spent seven years getting it right. 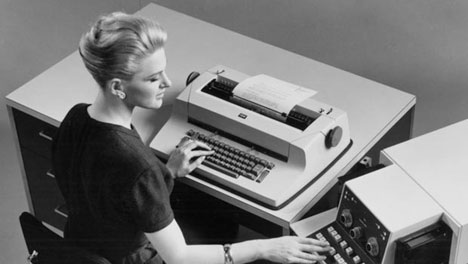 There's no word on how long Eliot Noyes spent designing the form, but one thing widely acknowledged is that Noyes, who ended up spending 21 years at IBM as a design consultant and helped with their architectural choices, borrowed heavily from Italian manufacturer Olivetti's comparatively swoopy styling. The Selectric didn't look like a chunk of metal spat off of a mid-century assembly line; it had a sculpted appearance that was radical for the time--particularly to those who had never seen an Olivetti.

The Selectric was actually poised, however accidentally, to transition directly into becoming a computer keyboard; and while prototype adaptations were later made, a technological mis-step precluded it from becoming widespread. Read the full story of the machine here.