Biomimicry refers to design that draws on evolutionary adaptations, often seen in aquatic gear, but also in more high-tech applications such as Janine Benyus's example of peacock feathers for digital displays. At risk of the starting a pointed discussion of the "E" word, designers still have much to learn from nature's uncanny ability to solve problems. 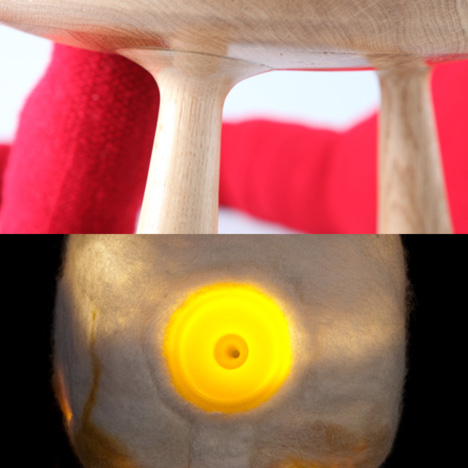 Lately, though, designers have taken to outright zoomorphism, admittedly at the expense of biomimicry's adaptive philosophy, going so far as to design objects that are intended to resemble hypothetical furniture organisms. The results are somewhere between playful and monstrous—and ultimately unnatural, for their mammalian inspiration—as illustrated by these two recent final projects. 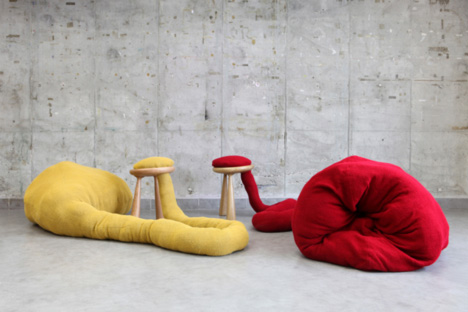 First up, Eyal Hirsh's "Pet Stool" is more or less exactly that: a three-legged stool with an enormous plush appendage.The stool is made out of oak wood, a solid yet warm material. The textile leg [extends into] a friendly creature you can play and interact with. Inside the cushion leg there is a solid leg that keeps the stool stable, and allowing it to look mysteriously soft and floating. 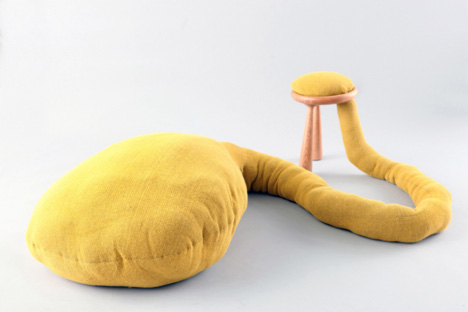 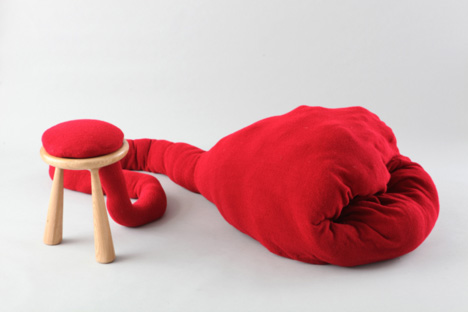 Alternately, the length of overstuffed tubing evokes an enlarged internal organ... and I can't help but note their 'family resemblance" to Kawamura Ganjavian's (infamous) "Ostrich."

Meanwhile, Naama Arbel's "Light Creatures" are rather more grotesque, not least for their homely felt exteriors and prominent nipple. The dimmable light lies at the heart of each critter exaggerates these traits. 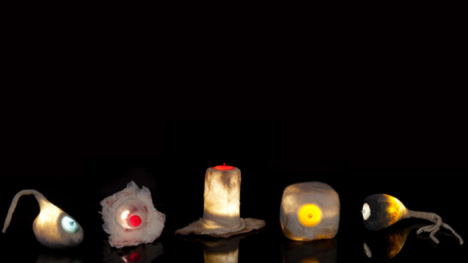 I designed five "Light Creatures" from felt and silicone, which come to life (turned on) by touch, by stretching their silicone nipple. The principle is that the nipple is attached to electronic system with dimming, and as much as you pull the nipple, that's how much light you get. 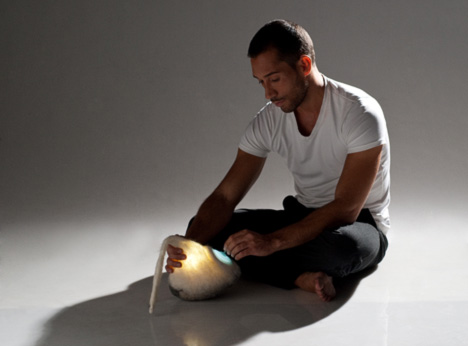 Bizarre though they may be, there is also something quite fantastical about Arbel's menagerie, as though they really might come to life... 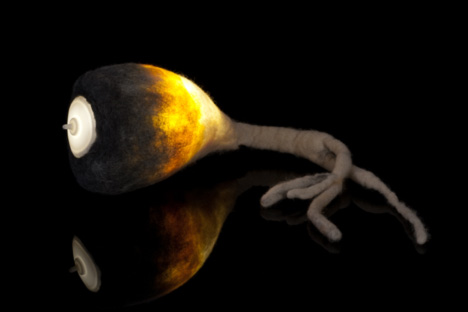 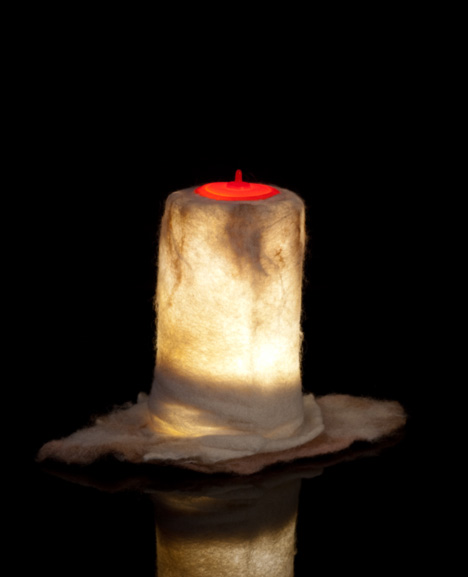 Perhaps most curious of all, Hirsh and Arbel presented their projects at Israel's Shenkar College nad Seminar Ha Kibutzim, respectively. Far be it for me to conjecture as to whether there are greater cultural or sociopolitical forces at work behind this coincidence...