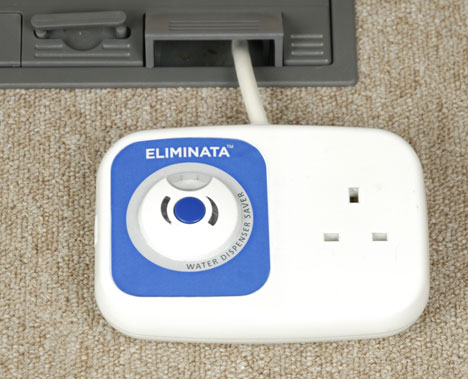 Most things you plug into an outlet are designed to drain energy, but the Eliminata is the opposite: The little gizmo serves as a conscientious middleman between your appliance and the socket, killing the flow of electricity during downtime and preventing that "vampire drain" that adds up over the course of a year. 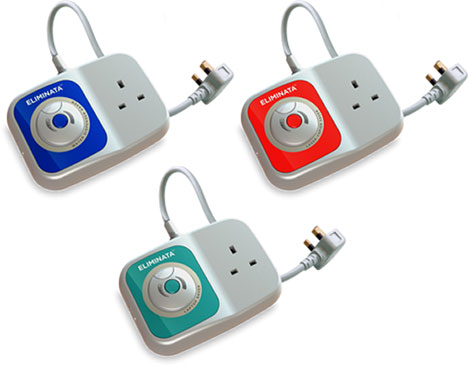 Produced by UK-based industrial design consultancy DesignEdge and another British company called Energy Reducing Products, the Eliminata is initially being marketed to offices to be plugged into laser printers, computers, water coolers, and there's even a wall-installed variant. They operate automatically—plug-and-forget—and DesignEdge estimates the average office will save enough money on their electricity bills that the Eliminatas will pay for themselves inside of a year.