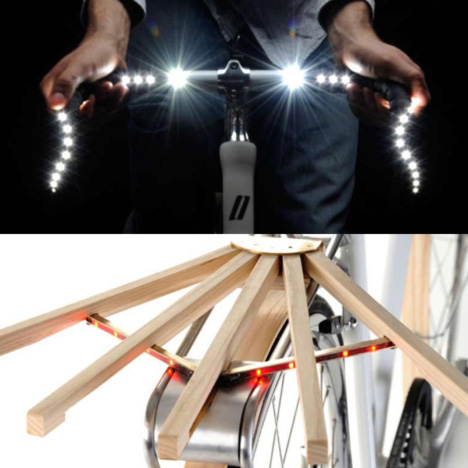 With the general increase in urban cycling over the past couple years, bicycle safety is a top-of-the-mind issue these days. If our summer gift guide is any indication, lighting is an area of particular concern: two of our six guest curators included bike lights in their selections (though Geekhouse Bikes saw fit to skip lights in favor of beer and chocolate.)

Meanwhile, Ethan Frier and Jonathan Ota's "Project Aura" concept has proven to be one of our more popular posts in the past couple months, resurfacing with their recent Core77 Design Awards win.

However, as many commenters pointed out (myself included), "Project Aura" simply may not provide enough illumination directly in front and behind of a cyclist. It goes without saying that a pair of Knogs would do the trick, but Berlin University of the Arts (UdK) student Benedikt Steinhoff (above) saw fit to "dedicate his final year thesis to exploring ways of making urban cyclists more visible."Like Frier and Ota—as well as Emily Brooke, Evan Gant and Alex Tee—Steinhoff was "weary of getting cut up and generally harassed by car drivers," so he set out to develop a new method of bike lighting and "[gain more] respect from car drivers" in the process.[Steinhoff sought to] increase both the cyclist's visibility as well as their ability to communicate with their surroundings... As every urban cyclist knows, even the most considerate driver can't hear you coming when their stereo is turned up to 11. In such cases lights make much more sense. 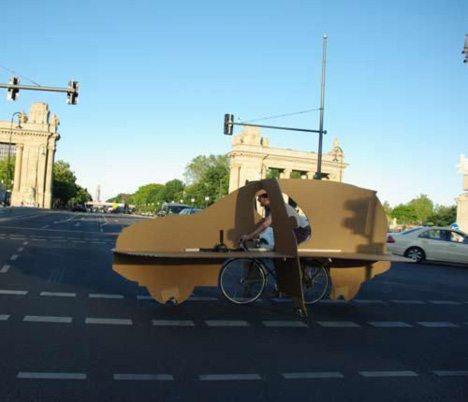 Steinhoff prototyped and field-tested two other prototypes before arriving his final solution: an admittedly impractical "attempt at increasing his volume through the use of a car shaped cardboard construction" (above), and a rather more practical "laser lane" approach (below). This latter solution proved useful for night riding but was ultimately deemed ineffective for daytime safety. 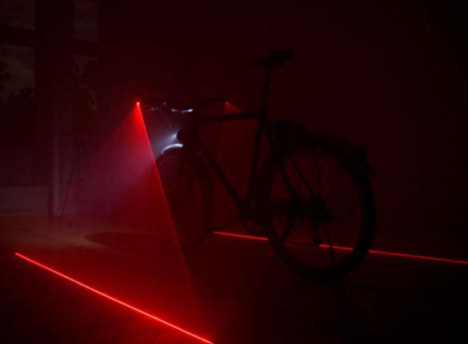 (Astute readers may remember that Gant and Tee of the "LightLane" concept also experimented with "guerilla-style" ideas, such as "attaching a can of spray paint to the side of a bicycle so that cyclists could paint their own lane as they rode along [or] suspending a key from the side of the bike." Interestingly, this latter solution strikes me as a more aggressive variation of Steinhoff's cardboard "bubble.") 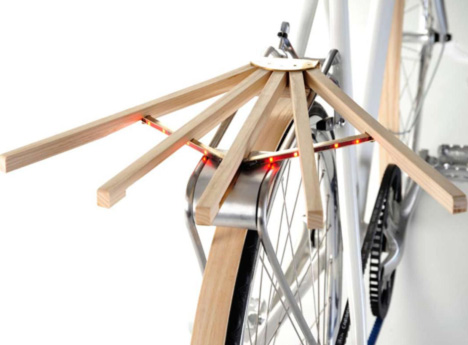 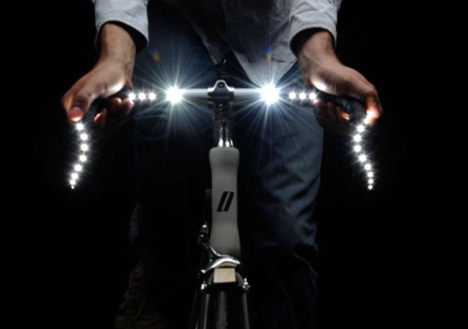 Similar to a peacock's tail Branca appears unspectacular when folded flat and sits snug with the bike; however, once opened it shines. In addition when unfurled Branca creates the illusion that the bike is wider than it actually is, thus forcing drivers to give you more space.

Certo is a combination of LEDs positioned to make the cyclist visible from 360 degrees and two 5W spotlights either side of the handlebar stem. An integrated pressure pad activates the spots which are intended to act as a "visual bell"...

At the moment Certo is only being developed for drop handlebars, however we would hope that in the future Benedikt adapts it so that it can be used with all handlebar types. 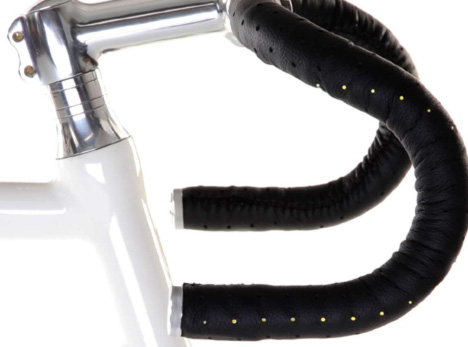 The curved perforation of the LEDs reminds me of bioluminscent deep-sea creatures for a nice visual effect, but from a practical perspective, I imagine they add bulk and weight to the handlebar tape. 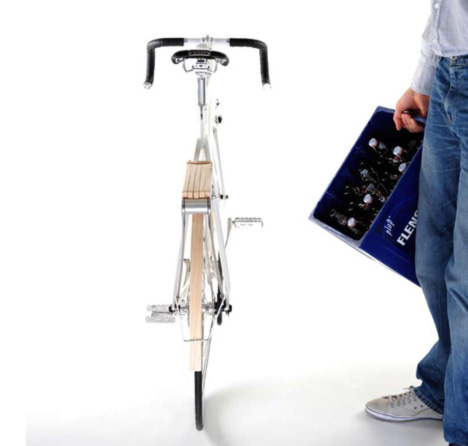 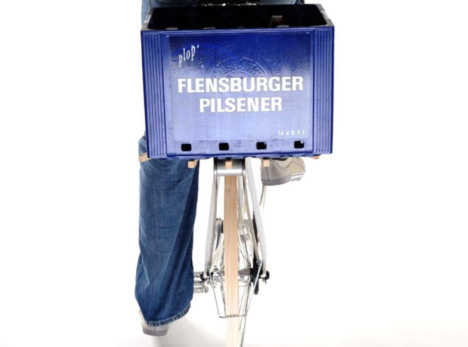 Similarly, the rack is at once unconventional and functional, but may be less versatile than traditional panniers—I wonder if one could use bungee cords with the fan design. 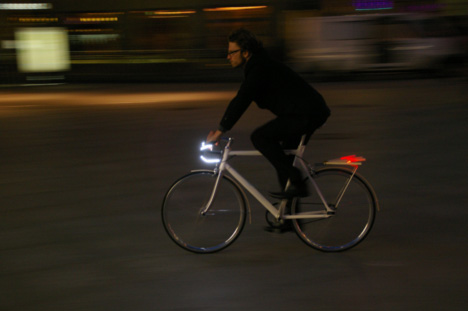 If Steinhoff's concepts are a bit less innovative than those we've seen in the past—namely "Project Aura" and "Blaze"/"LightLane"—they're no less interesting, adding flair into otherwise mundane hardware without overshadowing the purpose of bike lights as a safety device. As Frederik Ottesen says of "Project Aura" (9:24), "not only does it increase safety, it looks cool."