Corollary to "A Picture's Worth a Thousand Words:" A Video's Worth 250 DSLRs 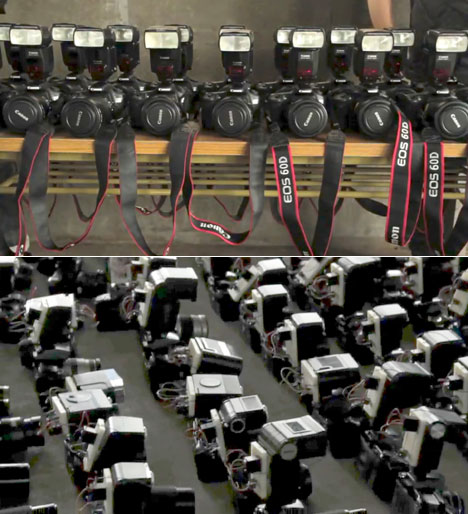 To create an '80s-Michael-Jackson-esque lightbulb grid backdrop for a music video, J-Pop band Androp built a scaffold and rigged it up with 250 Canon 60Ds. The cameras, each equipped with a flash, were then wired into an Arduino and a laptop, resulting in a computer-controlled and rather expensive strobe signboard. 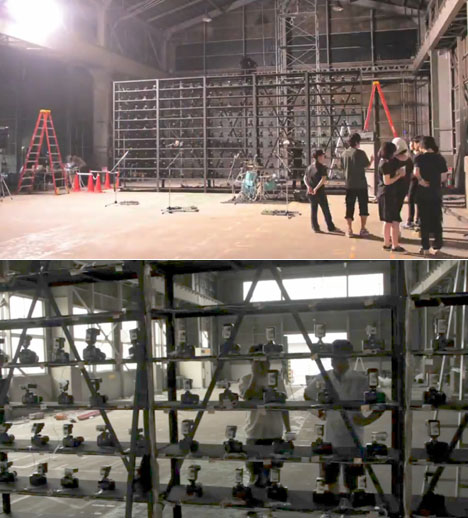 And the end product:

Hack a Day questions whether the resultant show is real or the result of CGI, and while I can't make a technical determination based on the video, I will say the Japanese are not known for spending hours and days mocking up technological fakery when they can probably pull the real thing off.

Corollary to "A Picture's Worth a Thousand Words:" A Video's Worth 250 DSLRs