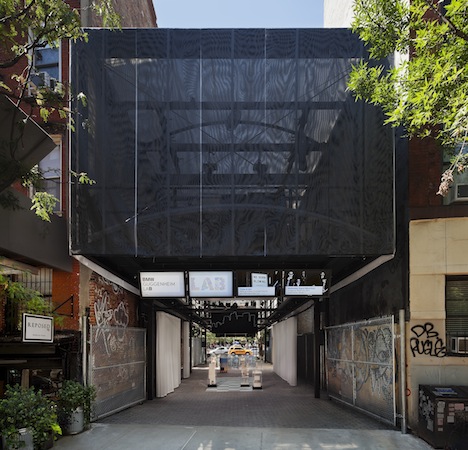 The five LAB members are a mix of global thinkers and local activists—Omar Freilla (Founder of Green Worker Cooperatives, Bronx), Charles Montgomery (Journalist and Urban Experimentalist), Olatunbosun Obayomi (Microbiologist and Inventor) and Studio ZUS (Architects and Urabnist). A true public experiment, the theme of "Confronting Comfort" hopes to explore how urban environments can be made more responsive to peoples' needs, how a balance can be found between modern notions of individual versus collective comfort and how the urgent need for environmental and social responsibility can be met. Speakers include Elizabeth Diller, Sakia Sasson, David Simon, Juliet Schor, Interboro Partners, Assaf Biderman and Jake Barton. 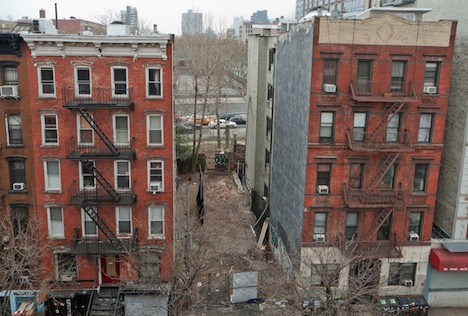 Nestled between two buildings, the LAB is housed in a mobile structure by Tokyo-based Atelier Bow-Wow. The architecture serves as a sort of public theater for staging programming. With a loggia serving as architectural inspiration, the bi-level, open-air space is structured like a traditional theater with a fly system of rigs suspending a "toolbox"—for changing over the space from program to program—in the upper level to create a multi-functional and flexible open-loft floorplan. 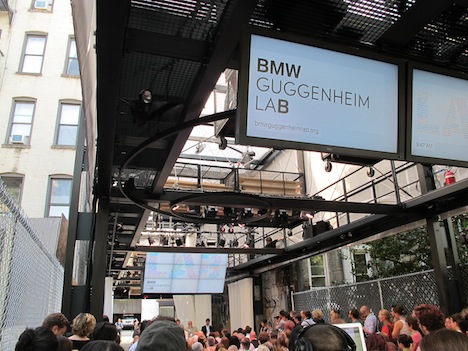 A venue without walls, the upper floors are wrapped in two layers of semitransparent mesh—the outside with black mesh, the inside with white mesh—the effect is more like curtains. The open lower level invites visitors and the soundtrack of the city into the structure; for people inside the space, the LAB creates a frame for the constant bustle of citylife on the street. As Momoyo Kajima, Principal of Atelier Bow-Wow, explained, the purpose of the project was to "create architecture for the people; the building is just the skin." My favorite detail is the decades-old graffiti on a flanking building that has become an unplanned part of the charm of this wall-less space. 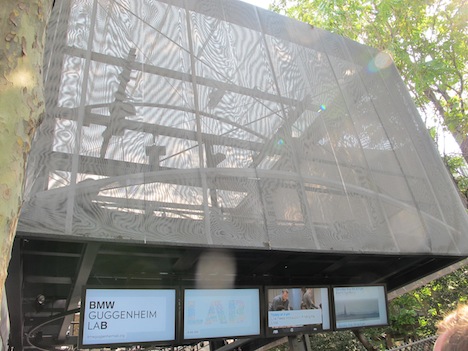 One of the most exciting features of the structure is the frame—constructed out of lightweight carbon fiber. Not only does the material choice effect the actual mobility of the structure, but a series of carbon fiber "gutters" that run down the side create added structural stability. As one of the first buildings designed to employ carbon fiber for its structural framework, the architects and production team faced unique challenges with New York City's notoriously labyrinthine permitting process.

Atelier Bow-Wow creates architecture to "activate existing behavior in society through micropublic space." Their "Manga Pod" for the 2002 Gwangju Biennale in South Korea was a flexible shelving structure stocked with recycled manga comic books. The jointed shelving adapts to the movement and needs of the user while providing a safe and insular space for getting lost in the pages of the books. Their hopes for the LAB are similar and we hope all the quirks, griminess, beauty and attitude of our hometown can be surfaced in the space and contribute to the dialogue of this global experiment.

Next stop: Berlin then followed by Mumbai. For a full schedule of events, check out www.BMWGuggenheimLAB.org. BMW Guggenheim LAB Houston at 2nd Avenue In New York City through October 16, 2011 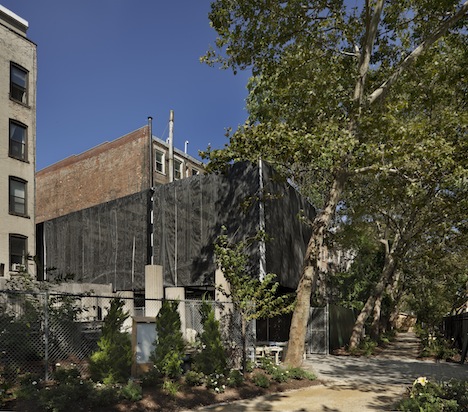 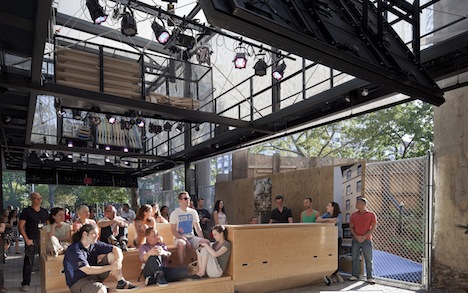 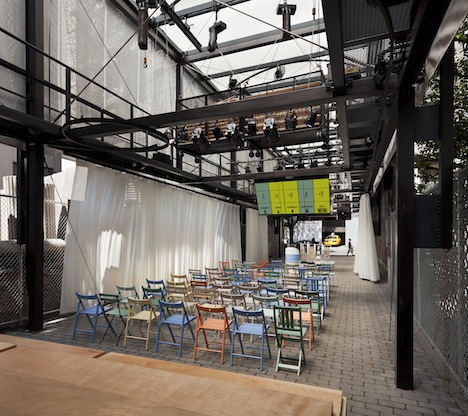 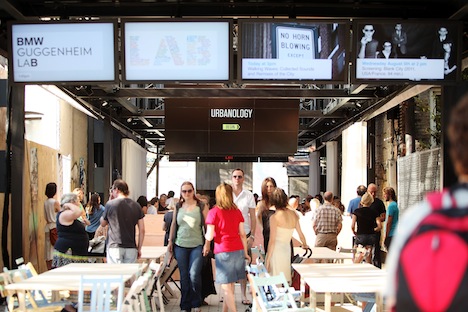