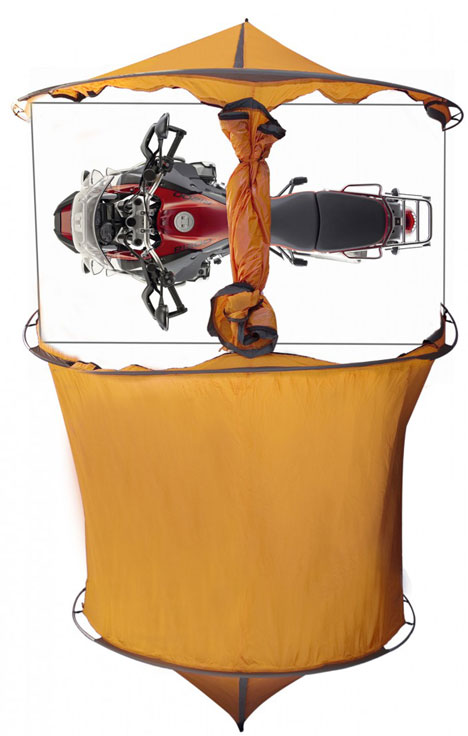 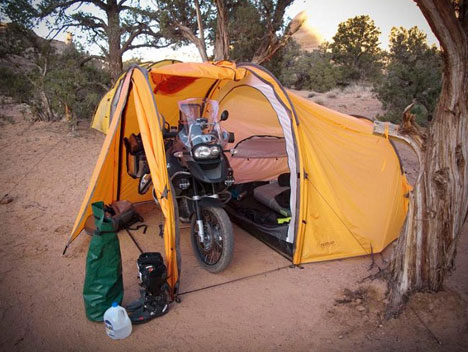 Redverz Gear (formerly known as The Nomad Tent Company) is a Colorado-based outdoor gear manufacturer started by Kevin Muggleton, an ex-UK-military guy who's spent twenty years traveling the world with a motorcycle. During his time on the road, Muggleton had a series of bad travel experiences involving the bike—trying to fix it in the middle of a sandstorm, trying to keep it dry overnight during a rainstorm, fear of passersby stealing it in dicey areas—that prompted him to design a solution. 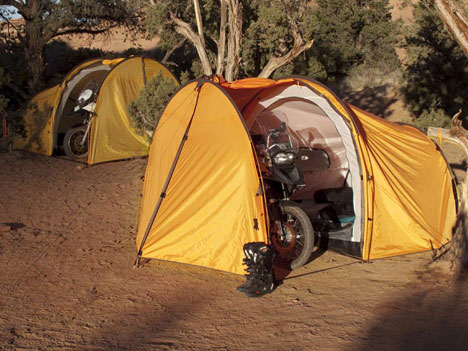 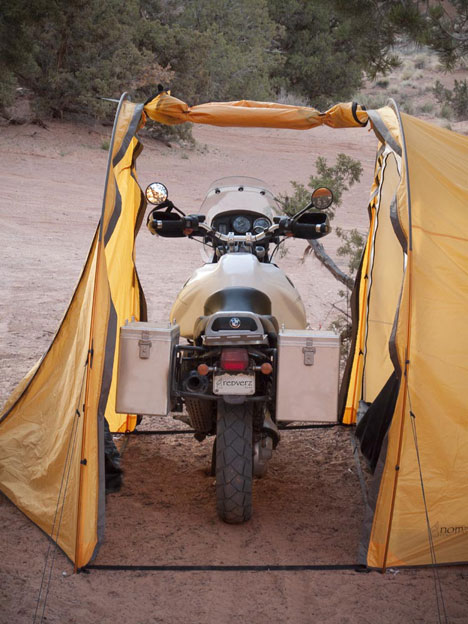 The result was the Redverz Tenere Expedition Tent, which features a garage bay you can roll the bike into to keep the elements off of it while you work on it or catch some shuteye, secure in the knowledge that your expensive ride isn't advertised to would-be thieves. It's also tall enough to stand up in, so you can get in and out of your gear without having to hunch.