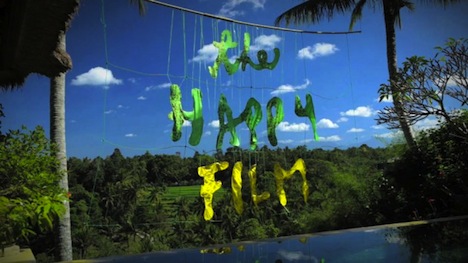 Stefan Sagmeister held a single flower as he stood in a busy market on a sunny day and complimented women who walked past him. This celebrated graphic designer was on a mission to prompt a smile, start a conversation and get a date. Women generally ignored his flattering words, making for a series of hard-to-watch interactions that show Sagmeister at his most vulnerable. This scene was screened last night at the School of Visual Arts Theatre in New York City, as a teaser for Sagmeister's forthcoming feature length film called The Happy Film. 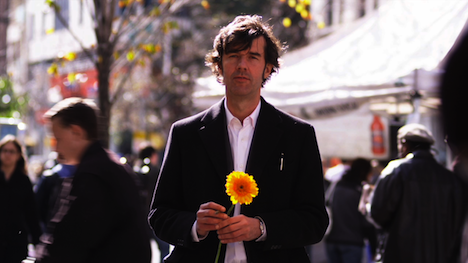 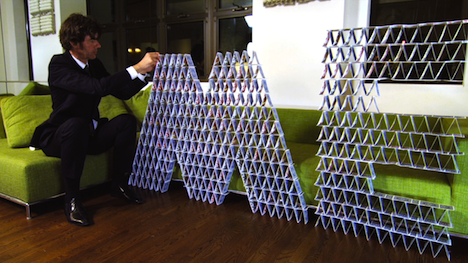 The event was advertised as a fundraiser for The Happy Film. While the $50 entrance fee seemed steep, audience members were promised a presentation by Sagmeister, a screening of an excerpt of the film, along with a Q&A with Sagmeister and Hillman Curtis, the film's Co-Director and a renown web designer of sites like Yahoo!, Adobe, and Metropolitan Opera. Curtis is known for being able to capture the essence of his subjects, including graphic designers Milton Glaser, David Carson, and Paula Scher. This was not the first time these two worked together; Curtis documented Sagmeister's solo exhibition at Deitch Projects in 2008. 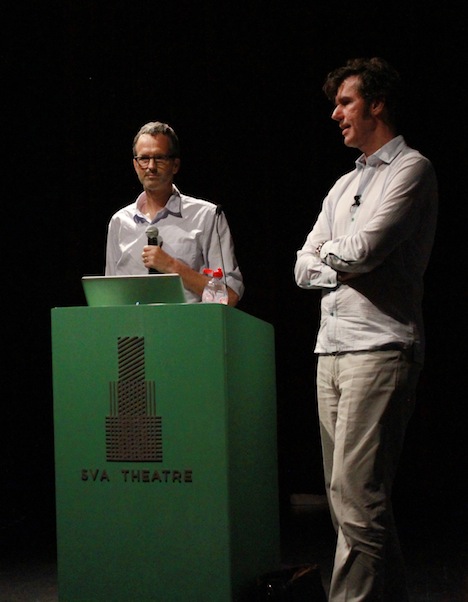 Sagmeister has researched the topic of happy for many years now and even gave a TED Talk about it last year. "I wanted to make a film about happiness, but it was too vague," he said. "So I wanted to make a film about my own happiness, something that I was very close to." The film incorporates strategies that Social Psychologists recommend to improves ones overall happiness. Stefan even recruited professor Jonathan Haidt, author of The Happiness Hypothesis, to work as an advisor on the film. The film aims to explore questions such as, "Is it possible to train our mind in the same way that we train our bodies?" and "Can we change our behavior to make us happier?" 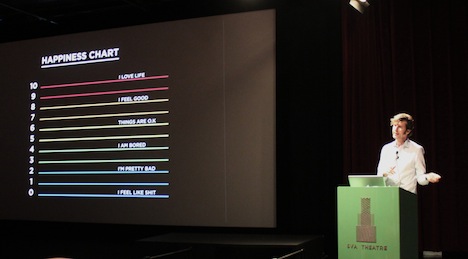 Sagmeister devised a three-step plan-of-action to better-understand happiness. The film will document his personal experiments with Meditation, Cognitive Therapy, and drugs in order to reach a heightened state of happiness. Sagmeister completed the meditation portion in Bali over the course of 90 days. During this time, he discovered a recipe that could produce happiness. He described the ingredients as, "a careful selection of 12 songs, a moped on a small winding road in Bali, and the wind flowing through my hair. This always sends the chills through me," he said.

Curtis will continue to document and edit footage from this experiment. During the Q&A, Curtis described wanting to pair footage of Sagmeister's experiment with narration, reenactments, and animations. Sagmeister's environmental titles for the film were shot in Bali. 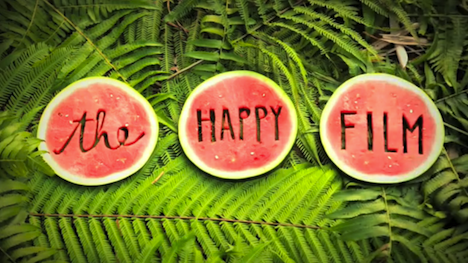 But more than the beautiful hand-made lettering, we hope to see more scenes of Sagmeister taking risks like he did by trying to start a conversation with strangers on the street and drawing lessons from those experiences. During the concluding Q&A, Sagmeister said that his goal for the film is for people to relate to at least part of it and possibly pursue one maxim in their own life or design practice. His sense of humor and willingness to let us watch him conduct experiments on himself will certainly inspire designers to be bold and more introspective. It may even contribute to a broader discussion outside of design.