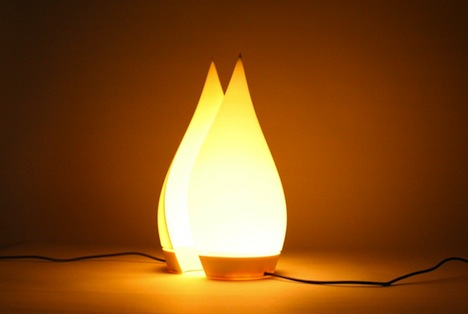 Two lamps are connected with each other over the internet through a simple installation. One user will see his/her lamp glow when the other switches it on. When both users have their lamps on both light up to full capacity. This makes people aware of each others presence over distance.

Our goal was to design a lamp which emphasizes there is a part missing while still being an aesthetically pleasing product on it's own. Our main inspiration was two penguins in a mating ritual or two flames dancing around each other. The dividing curve between the two lamps has parallels with the defining curves or a yin-yang symbol. Only later we realized that the two lamps together bared resemblance to a flower, which is also a symbol of love.

At Studio Sophisti we strongly believe in the notion of the Internet of Things. Everyday artifacts connected to the internet and therefore connecting us to people in much more subtle ways as it is doing now. We do believe that this needs to start out simple to prepare consumers for much richer ways of communicating to each other. A uniquely paired 'pinging' lamp would be simple enough. 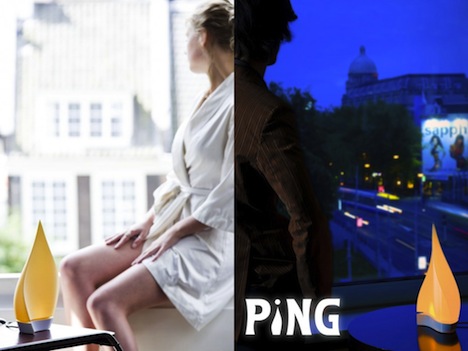 We learned about the runner-up nomination by watching the webcast of the jury.

The publicity of the Core77 runner-up award and the exhibition of Ping in the Museum of Science and Industry in Chicago raised a lot of attention through social media and e-mails we received. It strengthens our dedication in finding a launching partner to bring the product to market! We are working on technical improvements and on the materials to be able to hit the market as soon as possible

WhatÂ we are thrilled about with Ping is how it really hits a nerve with people. We have received page-long emails from people explaining why the product would be great for them and their loved ones. That a product concept can trigger such emotional response makes us believe the 'Internet of Things' will be more social and emotional then switching on coffee machines over distance. 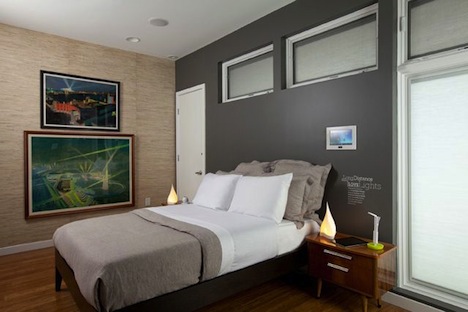