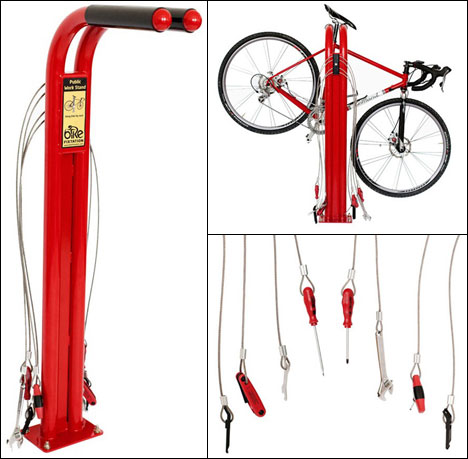 While it's difficult to predict the location where your bike will crap out on you, I'm still digging the idea of Minneapolis-based Bike Fixtation's bicycle repair vending machines. In addition to selling refrigerated drinks and snacks, the machines are stocked with commonly-needed parts; next to it is a free air compressor, and several feet away, a work stand is mounted to the ground, with eight tools permanently attached to it via aircraft cable. 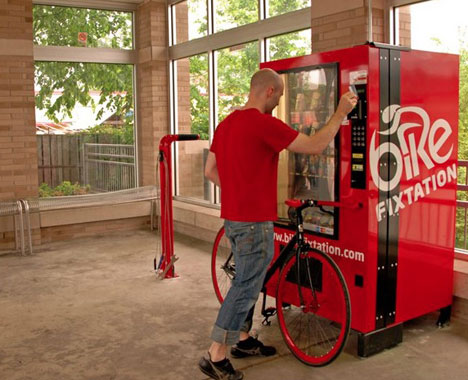 Started by two guys known only as Chad and Alex, Bike Fixtation's gig is to sell the vending machines to entrepreneurs in bike-friendly cities. So far there's just one installed, at a train station in their home city of Minneapolis, but we'd like to see the trend catch on and expand to other cities. At the very least these ought to do well in cities that still have a bike messenger presence. 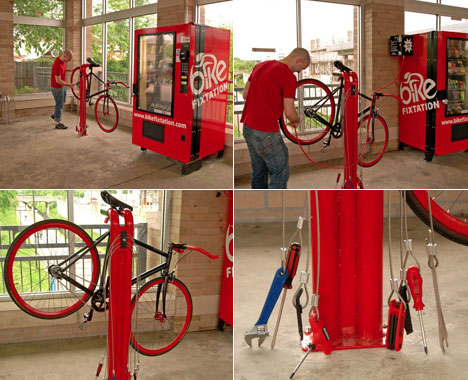