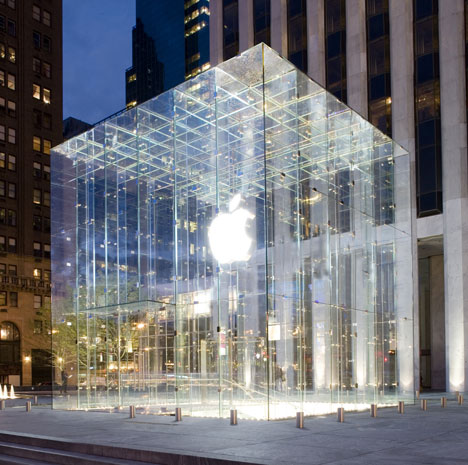 As designers, we like watching Apple because of their willingness to push materials to their limits. This kind of thinking and experimentation yielded the unibody MacBook Pros and the ultra-slick iPhone 4s and iPad 2s. And their materials-pushing isn't constrained to their product line: In an earlier post on Apple's forthcoming new HQ in Cupertino, we reported that Apple had learned how to "do" the large, curved pieces of glass needed to build that structure.

Looks like large, curved glass isn't all they've learned to do: We've just discovered Apple will be updating their iconic Cube structure at their midtown Manhattan retail location, replacing the current cube of 90 panes with just 15 massive, and I mean massive, pieces of glass (rendering at bottom). The slabs will be roughly 10 feet wide by a whopping 32 feet high, and held together using some sort of secret, proprietary connector that will reportedly be embedded within the glass itself, rather than being comprised of mere external clips. 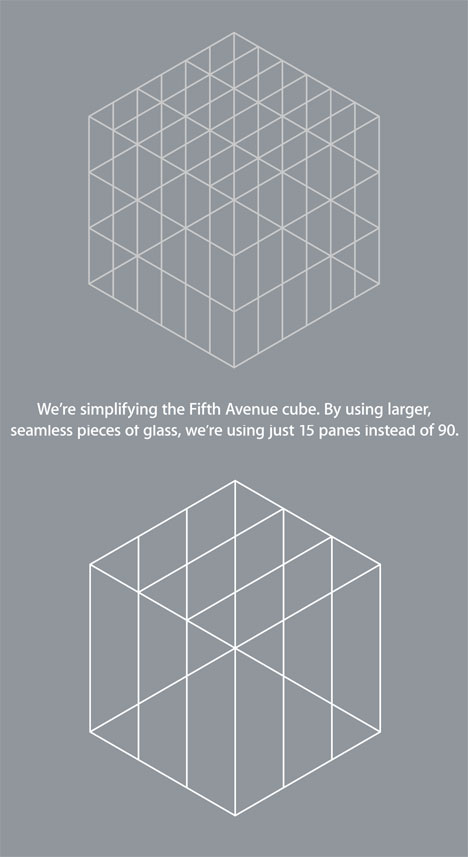 There's no hard business reason to replace the Cube. It wasn't falling down, tourists weren't looking at it dismissively, and it won't lead to an immediate increase in profits. Apple is replacing it for no reason other than that they found they could push the boundaries of glass and have chosen to manifest that innovation. That's what we love, and soon—date TBD—that's what Cube-goers will get to see. 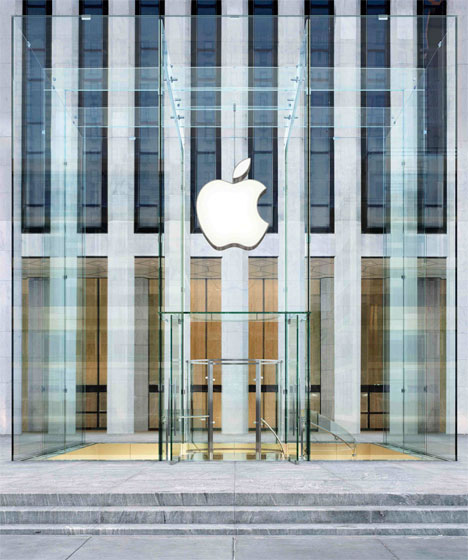 Rendering of the new Cube

Rendering of the new Cube