Get Ready for Mehndi 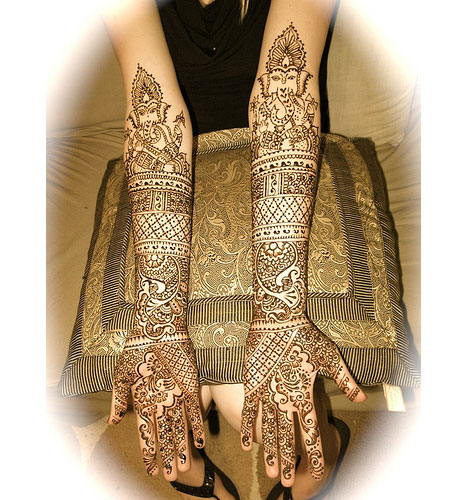 Quicker to apply than tattoos but no less intricate, Mehndi is the Indian tradition of applying henna dye to the skin for weddings, festivals and holidays. One such holiday is the upcoming Raksha Bandhan, a sibling-celebrating festival for which Mehndi artists in India, Nepal and in expat communities worldwide will be breaking out the cones they use to apply the henna.

There are tons of Mehndi videos on YouTube, like the one below. While it's a bit long at nine minutes, if you scan through it you won't be disappointed at the beautiful complexity of the pattern taking shape. Bit of a shame it will all eventually wash off, but unlike with tattoos, the impermanence is part of the profundity.

Get Ready for Mehndi