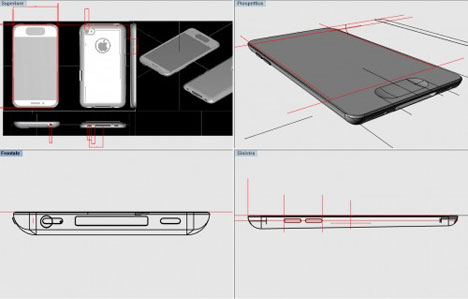 Once again it's time for every Mac fanboy's favorite pastime: The Future Apple Product Rendering Speculation Game. Given that Chinese case manufacturers (allegedly) can't seem to keep their mouths shut, CAD drawings reportedly revealing the dimensions of the forthcoming iPhone 5 have been circulating, meaning we can expect to see a flood of renderings guessing what the thing looks like.

This month fansite MacRumors has taken it a step further, commissioning Italian design firm Ciccarese Design to virtually reverse-engineer the alleged case drawings to produce speculative renderings of the contents. Their conclusions are that the phone will be tapered, somewhat resembling a MacBook Air, that the screen will be nearly full-bleed, and that the home button has been made wider presumably to allow the very button itself to allow side-to-side swiping, presumably for app-switching. 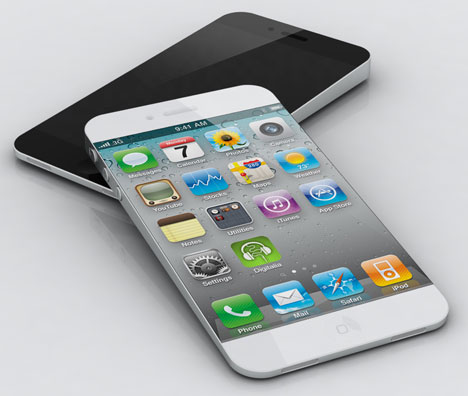 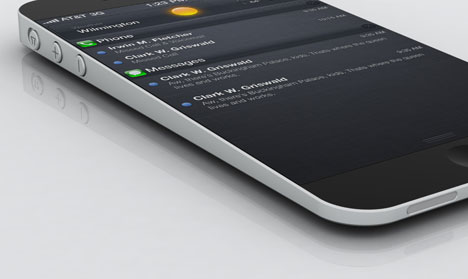 Would we bet on any of these things? Nope. Part of the fun of this game is that a high percentage of these guesses are off-target.

So why do people keep playing? Simple: Unlike with a Ferrari or an Ikea chair, Apple's minimal industrial designs mislead people into thinking they can accurately emulate what Apple's design department is capable of, since the end products are so close to being clean and rectangular. The speculators are, of course, often dead wrong, but they're liable to get a thrill imagining they can predict the design minutiae that Jobs, Ive and co. will pore over.