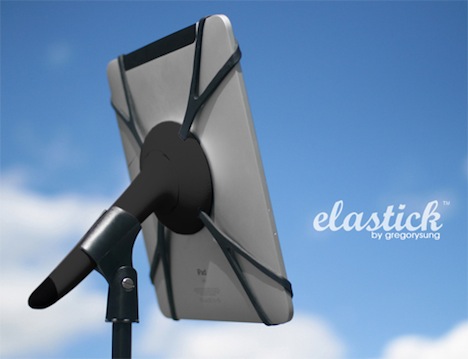 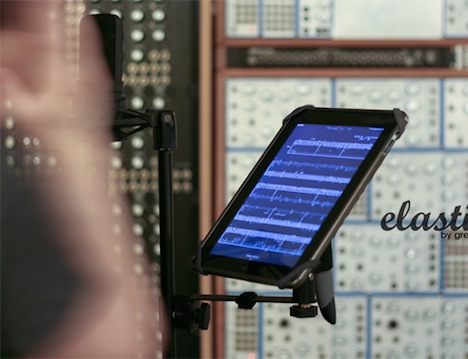 Elastick is an interesting Kickstarter project that addresses the increasing utility of tablets and other portable electronic devices in recording studio situations. Conceived by the New-York-based design due gregorysung, Elastick is a simple microphone-handle-shaped object with four elastic bands that stretch to accommodate a variety of rectangular devices. The whole shebang can then be neatly inserted into a standard microphone holder. 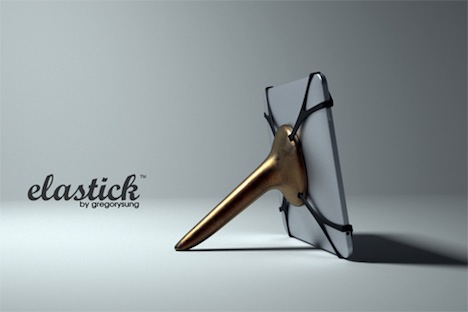 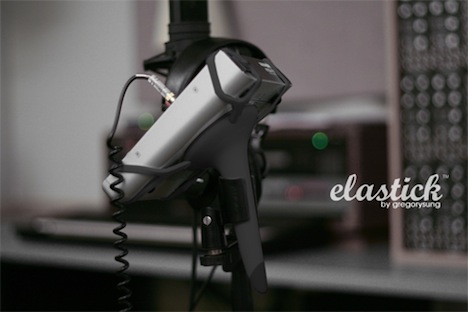 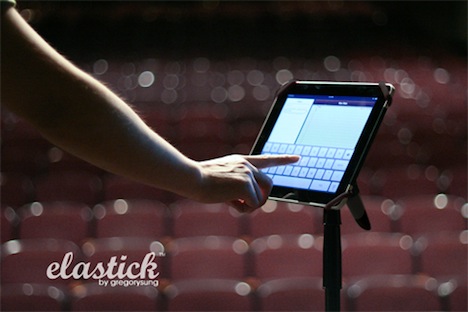 I've chosen not to embed the video because while the concept is sound, the video is poorly produced. Although this product is aimed at those who work with sound, the voice quality of the video is paradoxically poor; compounding the problem, annoying club music has been mixed into the video at a dominating volume that makes the narration nearly inaudible. Here's to hoping these guys can get a better video up that gives their product a proper chance.