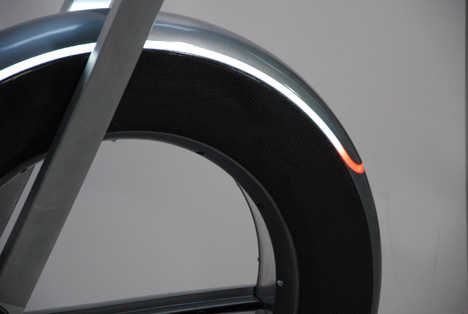 Luxury automaker Audi has tapped a handful of German and Mexican engineering and design students for the "A0," an electric "monocycle" that is something like a seated Segway with a hubless wheel. It's easily more futuristic-looking than its underwhelming predecessor, but I question its purported application: the "A0" is a portable counterpart to an Audi, intended to expedite what is presumably a grueling walk from a parked car to one's final destination.The project is an electrical monocycle aiming Audi users which can be combined with the normal use of a personal car, allowing the user to move in megacities easily and quick[ly]. This Integration would work in a way that the user should drive his Audi from home to any parking lot in the way to his final destination. Once the car has been parked, the user gets the A0 out of the trunk, unfolds it, activates it and would continue driving to work, university, shopping mall, etc. 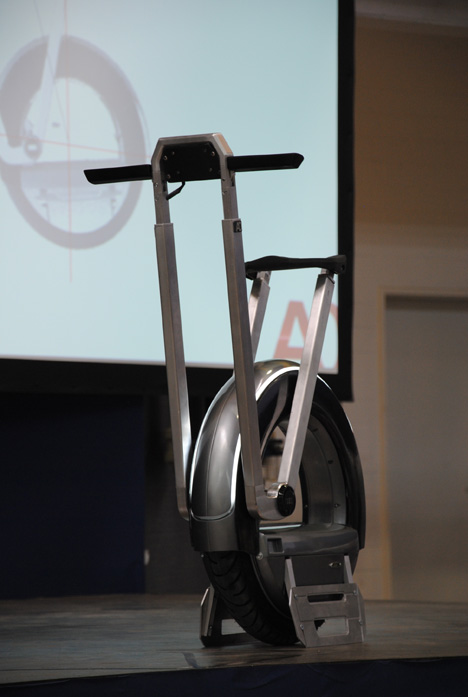 If it weren't for the video documentation (below), I would have filed the "A0" in the so-called "There's No Way This Thing Can Be Real department," along with BPG Motors' "Uno III" folding electric bike.

Features after the jump...It was intended to generate a product which had the user as central axle of development, making the A0 Monocycle as light and compact as possible to be manipulated by any person, folded and stored into any Audi's trunk. The handlebar and seat can be adjusted depending to the requirements of each user. It has installed rechargeable batteries that allow a great autonomy, and an electric engine that makes possible to transport any person. The hollow wheel allows the user to take with him a Notebook or Tablet without much trouble. The folded footrests works as main stands to keep the monocycle standing when not being used. The monocycle integrates day lights, and it is intended to include a sensor to turn on the headlights when needed and a sensor for braking light. 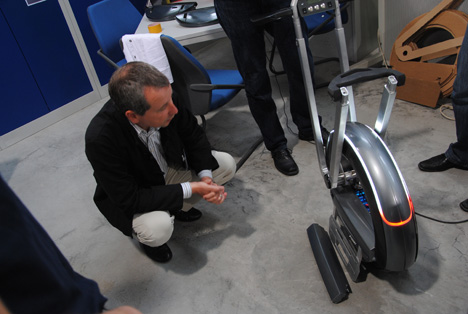