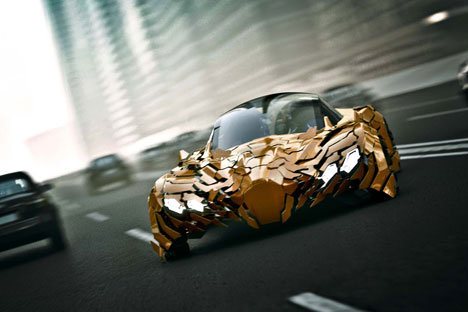 Freelance designer and futurist Da Feng has been getting a lot of blog buzz for his Project Flake, a concept car with a mutable skin. Most of the press has been focused on his final renders, but luckily for us ID heads he's got thorough documentation of the entire project, starting with the idea's genesis, up on his blog. Feng was inspired by everything from cigarette ashes to Pixar's Cars and, yes, Transformers. 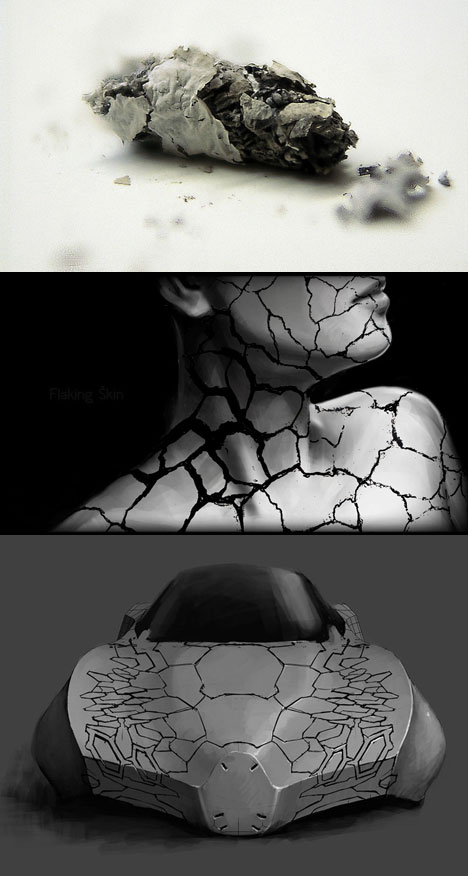 We dig the fact that Feng is forthright about his failures—he initially tried carving the complicated concept up in clay, before realizing it was futile—and he has a self-deprecating sense of humility: "I know this car is ridiculous, and I know it won't work," he writes, "but it was never intended to be a practical solution, rather, an inspiration for others."

Project Flake, begun as Feng's final project for Coventry University's Automotive Design course, has been two years in the making. 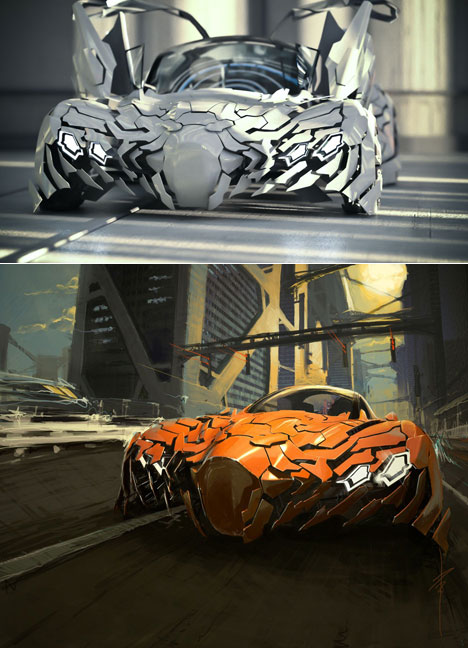