Would You Kickstart a Pet? Alex Andon Wants to Know 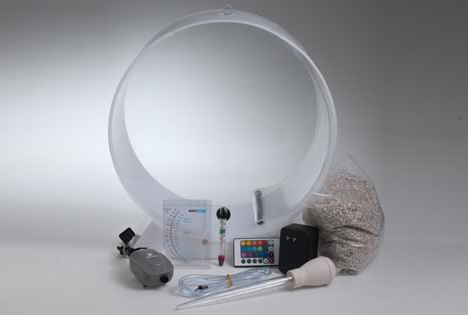 Andon, who studied Marine Biology as an undergraduate at Duke, spent the past two years developing bespoke jellyfish solutions for commercial and private clients, eventually arriving at a $350 desktop model for the Medusozoa-inclined Middle American consumer. 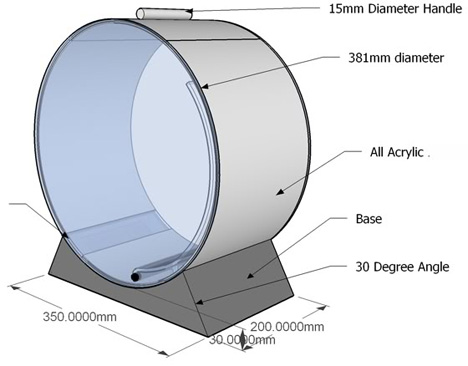 Wikipedia never fails to inform and delight:A kreisel tank is a circular aquarium designed to hold delicate animals such as jellyfish. These aquariums provide slow, circular water flow with a bare minimum of interior hardware, to prevent delicate animals from becoming injured by pumps or the tank itself. Originally a German design (kreisel means spinning top), the tank has no sharp corners, and keeps the housed animals away from the plumbing. Water moving into the tank gives a gentle flow that keeps the inhabitants suspended, and water leaving the tank is covered by a delicate screen that prevents the inhabitants from getting stuck.

The pitch after the jump:

Matt Richtel of the Times sums it up:Jellyfish are 95 percent water. They have no bones. They drift along at the mercy of the current. So guess what happens when you put them into a traditional fish tank?

"They're going to get sucked up into the filter and liquefied," said Alex Andon, the founder of a start-up company called Jellyfish Art...

Only in the last few years have there been efforts to take the jellyfish out of research labs and public aquariums and create take-home versions of this technology. 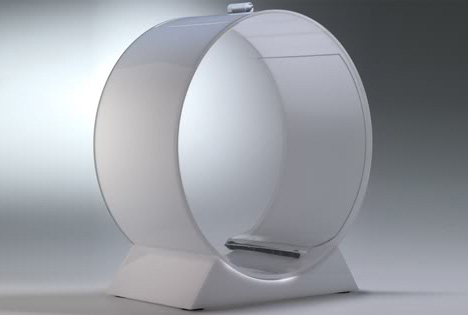 His company website Jellyfishart.com explains the appeal: "Jellyfish are the latest in exotic aquariums. Their mesmerizing forms and soothing movement create living works of art. Jellyfish aquariums are a new kind of interior decoration, sources of light and life that become the focal point of any space"... which was enough to sell the likes of rapper Jermaine Dupri. 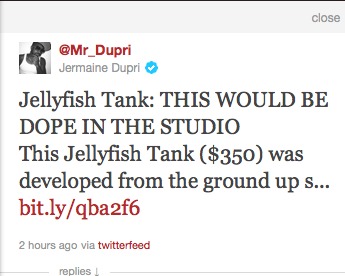 There is, of course, the requisite t-shirt for those who want to support Jellyfish Art without the hassle of actually owning a sea critter. 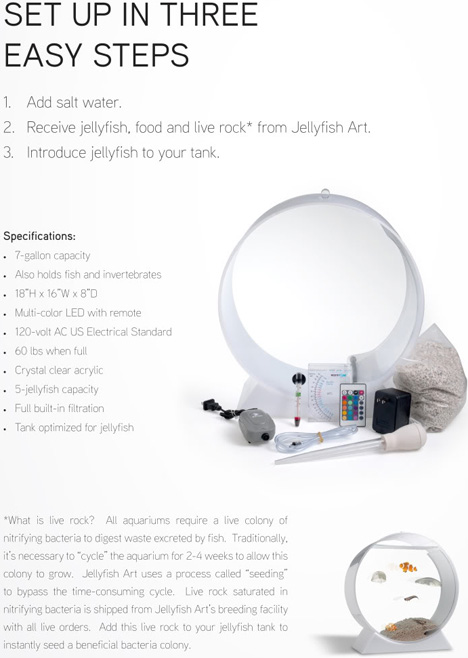 Of course, if the continued success of his Kickstarter campaign is any indication, Alex deserves the recognition for his singular business idea. In this video which dates to August 2009, he shares his thoughts on why "anyone who is thinking about starting a business" to do so. (Incidentally, the Times ran a feature on so-called "Plan B" entrepreneurs this past Sunday.)

Would You Kickstart a Pet? Alex Andon Wants to Know