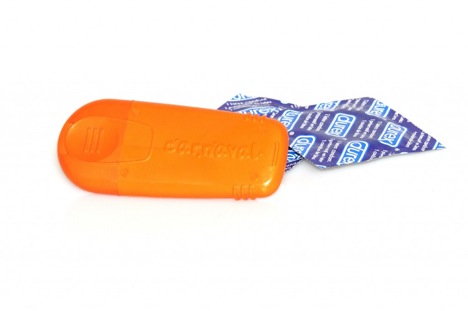 EasyTail is an intuitive condom applicator that reduces improper condom usage while making the experience of applying a condom, a safer and friendlier user experience.

The main concerns of our client were to create a device that properly identified the topside of the condom for application, had an easy package opening, and took less than two seconds to put on whether the penis was fully erect or half-erect. Through our testing and evaluation, we wanted to make sure that the device was convenient and user friendly. We wanted to approach this from an ergonomics point of view. Solutions using two hands already existed in limited distribution and it appeared important to us that the new design offered the added benefit of being a one hand application. Design efforts focused on a single hand application which led to easier and faster application.

Condoms are more often than not, carried in a pocket. If the device was inconvenient to carry, creating additional user frustration, it wouldn't be used. We wanted to make sure our design took that into consideration. In addition to making the "right side" identifiable, we observed that hand position and touch point travel and feature sizes needed to be addressed to provide an easier experience. 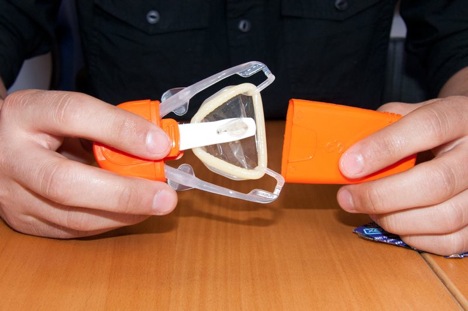 Core77: What's the latest news or development with your project? The project did not move forward for development in Eastern Europe, where it was originally geared to launch. However, there were some interested investors in others parts of the world.