Luxembourg-based designer Daniel Kurth recently set out to solve an ultra-specific contemporary problem, itself a symptom of the seemingly endless horizon of media proliferation and the hardware that evolves alongside new modes of consumption: "As Apple launched its redesigned Apple TV, many users are wondering what to do with their first generation model." 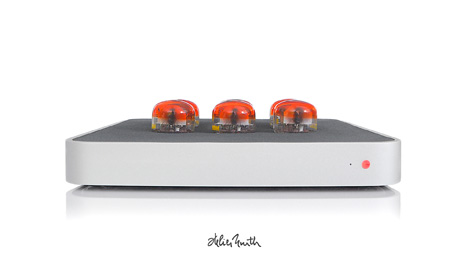 Instead of subjecting a beautiful, Jony Ive-designed device to a run-of-the-mill e-waste recycling facility, melting the components down to make hard-earned treasures, or re-purposing the circuitry for furniture, Kurth has come up with a more unorthodox solution: to turn the Apple TV into a proto-digital Nixie clock.

Kurth has reused every structural element, integrated a nixie controller board, tube holders and replaced the top acrylic plate with a new CNC routed PVC plate. The heavy duty tissue cable doubles as power cord and wall mount string. Similar to the Nixie Concrete Clock, the rearranged tubes allow the user to enjoy the playful interaction between the six tubes.

All electronic components in the fully functioning clock are assembled by hand. 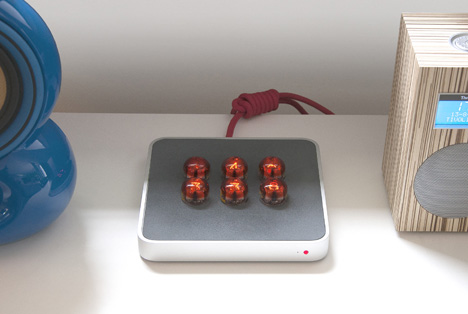 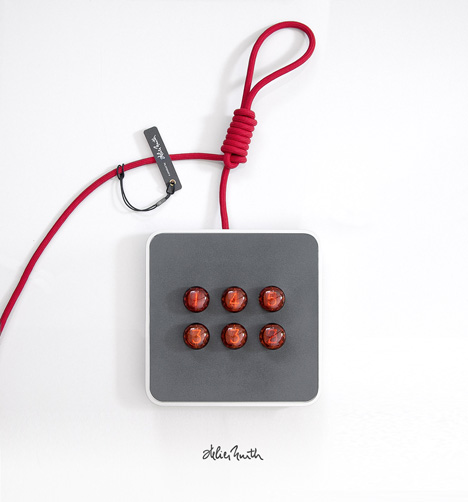 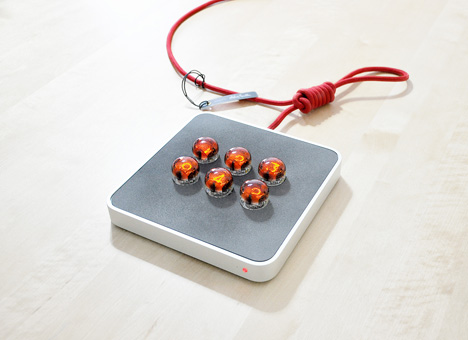 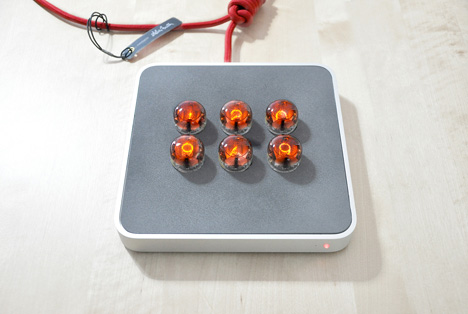 The "ATV1" is a spinoff of Kurth's 2009 design, the Nixie Concrete Clock (below), which reinforces the Cold War aesthetic of Nixie tubes—"used in former East-Germany in the mid 20th century as numeric displays"; dissected here—by embedding them in a concrete brick. According to the designer, "the strength of this design lies in the application of 'retro technology' and its interesting combination of components and materials, where one is easily fooled as to what is old and what is new." 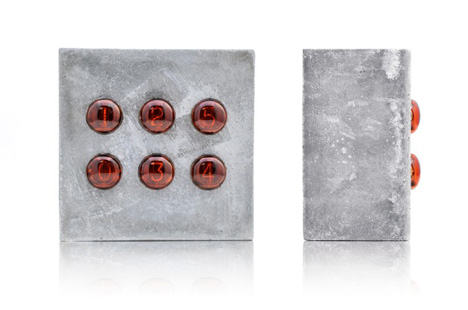 But Kurth's design further obscures the vague familiarity of the wall clock form with a counterintuitive display:Unlike other clocks that make use of Nixie tubes, this one does not read like a traditional display. Kurth experienced that clocks—regardless of their aesthetic value—sometimes form a disturbing factor in one's house, since being constantly reminded of the time can be stressful. By rearranging the display, one can enjoy the playful interaction between the 6 different tubes without realizing straight away what time it is. A short focus will however allow you to use it as a 'normal' clock. The time in the picture reads 10:23:54.