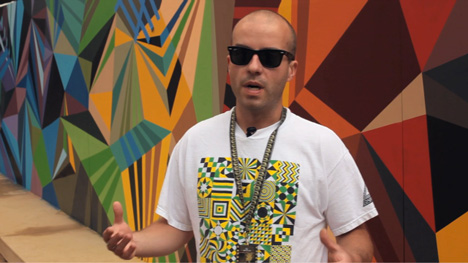 Media network Protein recently posted a nice video profile of Matt W. Moore. Protein introduces the Portland-based illustrator and graphic designer: "If you've been to Barcelona, Marseille or Cincinnati, and spotted a dazzling pattern of geometric colors covering a wall of the city's architecture, then chances are you've seen one of Matt W. Moore artworks." 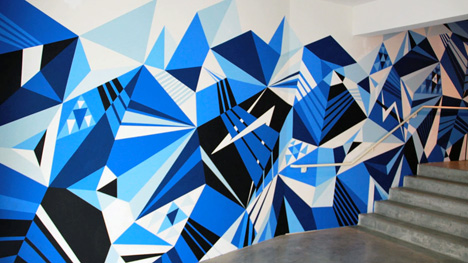 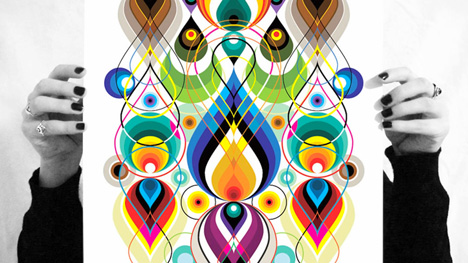 The artist shares a bit about his background, including his eventual arrival at his signature style of illustration, "Vector Funk," which is something like hipster dazzle painted (not a bad thing):I started out as a graffiti artist, painting with spraypaint—became very comfortable working big, in bright color. And then as years went by, I went to college for design, [where I] learned vector illustration. So this, now, is kind of my channeling that knowledge and vocabulary back into handmade art: mural painting.

The artist and graphic designer also hints at some future projects, which will take a further dimension of functionality:I'm in the process of launching an entirely new venture for me, which is furniture and home goods, so functional design... just really kind of taking the ideas in my work and applying them to functional design. It's really exciting for me coming from mostly 2D stuff.

For me, it'll be a welcome challenge—as an outsider looking in, and not really following too much of architecture and furniture, it's a whole wide open thing... but as I pay attention more, I realize that the uncharted territory is smaller than I originally thought. 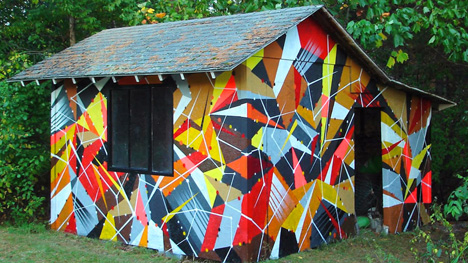 I'm picturing something like these... though of course we wish Moore the best of luck in his quest for uncharted territory of design. 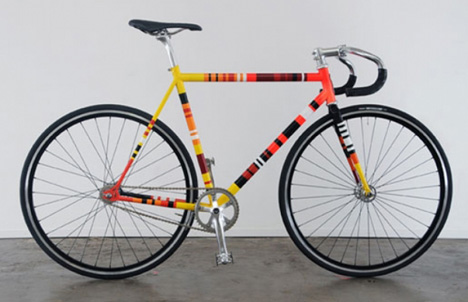 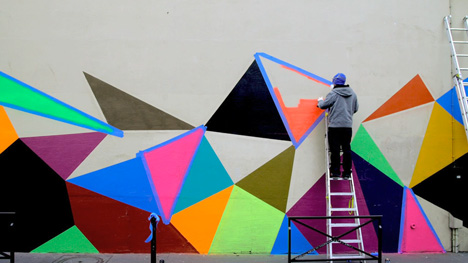 Be sure to check out his eye-catching blog too.