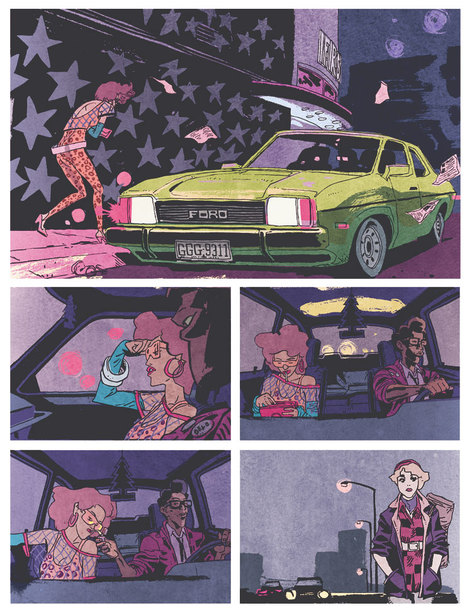 Ronald Wimberly a.k.a. D-Pi is a self-described "graphic novelist, a graphic artist, a graphic mixologist... a comic book artist." His art combines the inclinations of established artists such as Paul Pope, John Paul Leon, and Damion Scott, but with a flair all of his own. 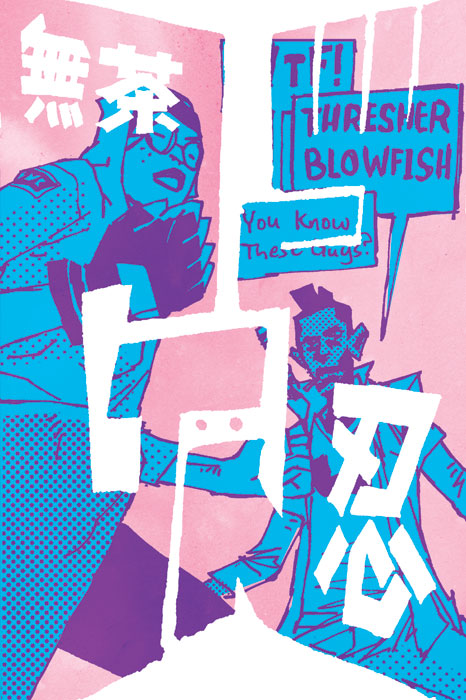 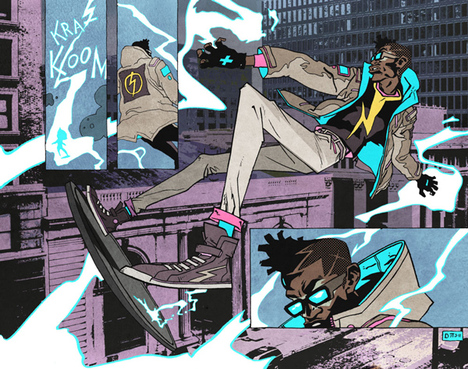 What really got my attention, though, was his redesign of the DC Comics superhero Static Shock. A rare example of a black superhero, Static Shock was a creation of the recently deceased black comic author Dwayne McDuffie, who was always a proponent for a more diverse array of characters. Instead of drawing Static with cape and tights, Wimberly nailed the essence of the character: just some street punk in a hoodie on a skateboard. 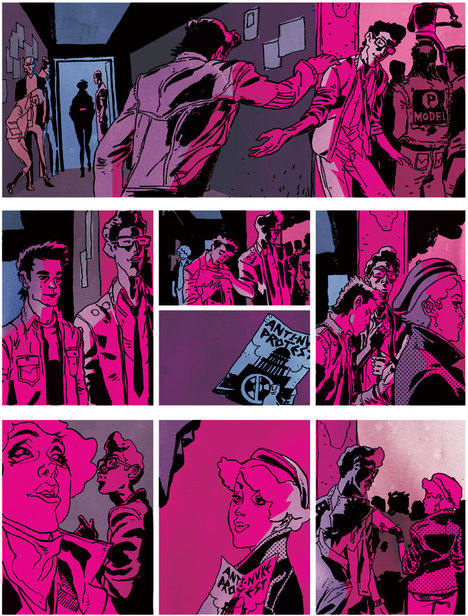 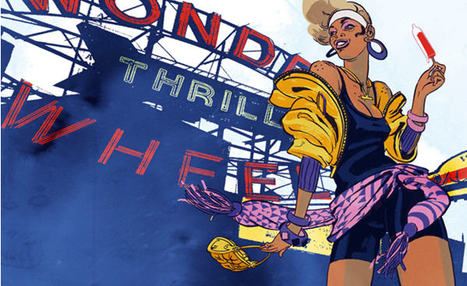 Wimberly's bibliography includes stints on Swamp Thing, Deadman, and Lucifer, as well as the graphic novel Sentences: The Life of M.F. Grimm. Most recently, Wimberly adapted and illustrated Ray Bradbury's classic Something Wicked This Way Comes. We are very excited to see future work from the artist. Check out his web-series Gratuitous Ninja here.