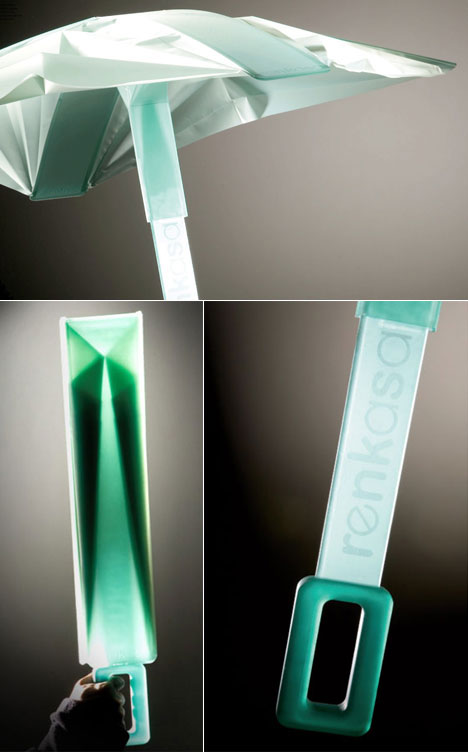 This is a great example of the kind of thorough design thinking we hope to see more of in future. Lately designer Kam Leang has been getting a lot of blog love for his "Renkasa" umbrella concept, but mostly quick mentions with a couple of beauty shots that fail to convey the depth of Leang's thinking. Let's take a closer look.

First conceived of two years ago when he was a student at Tokyo's Tama Art Institute, the "Renkasa" was initially formulated to solve a problem Leang noticed: Umbrellas were frequently ending up as garbage, whether through breakage or negligence. 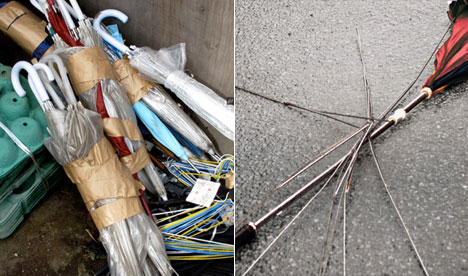 When Leang looked more closely at the problem, he found it was worse for the environment than initially thought: The average umbrella required five different materials broken into more than 75 individual components, all of which were installed in an essentially permanent way. In other words, you couldn't unscrew part of a broken umbrella and use that part to complete another umbrella. So once one component failed, the entire thing was garbage. 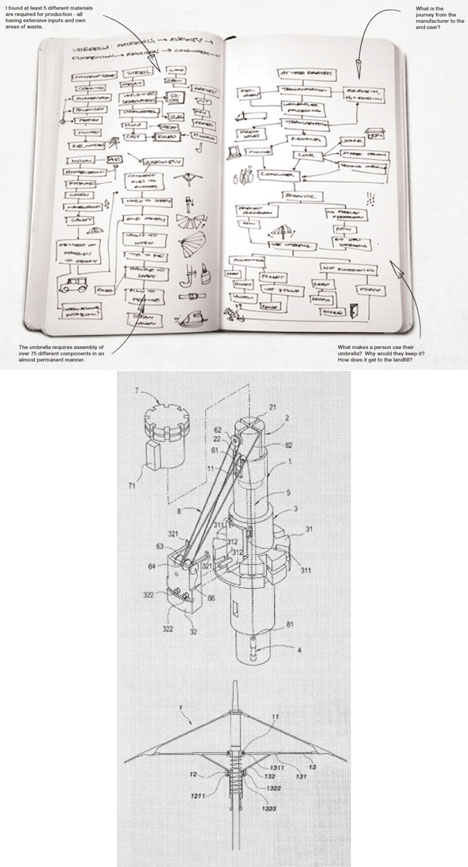 Waterproofing the canopy material created another potential problem, as the unstudied chemical currently used may or may not be a carcinogenic pollutant.

Like Netflix, Leang knew he'd need a system of distributing the umbrellas and having them returned, to keep them out of the waste stream. His concept is to take advantage of Tokyo's train-riding culture and abundance of train station vending machines to distribute them there. The commuter unprepared for rain would be the target consumer.

Swiping a train pass through the machine would provide an umbrella for a small fee. Returning the umbrella to any other umbrella vending machine when finished would return a portion of the fee.

Leang discovered PET plastic was Tokyo's most recycled material, as the aforementioned drink vending machines are everywhere in the city. He resolved to design an umbrella using recycled PET.

The material is not an obvious choice for an umbrella, but Leang investigated the material to see how he could make its properties suit his application. He struck upon the suitability of "living hinges" being built into plastic and designed the umbrella's structure accordingly. Also, since PET is already waterproof, there's no need to apply an additional chemical. 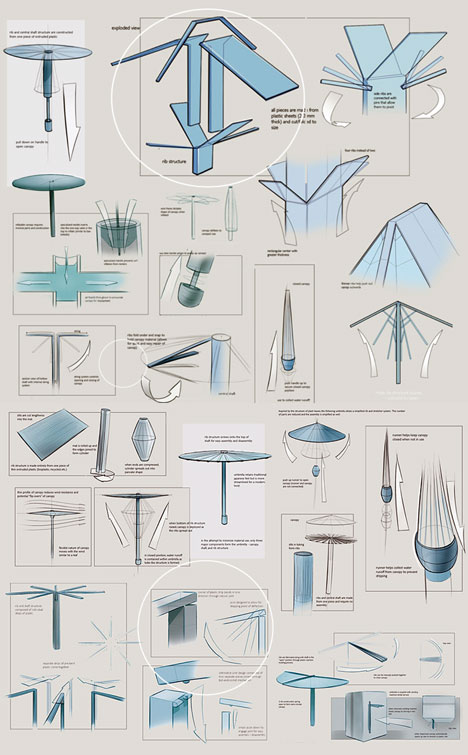 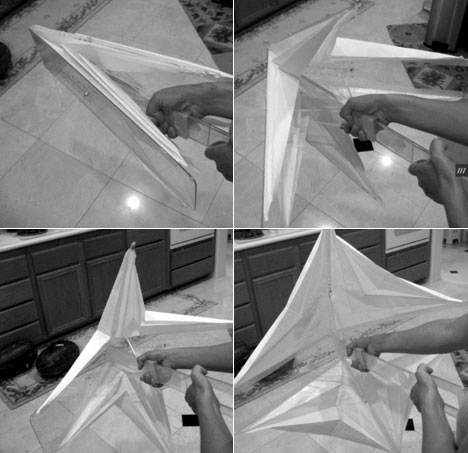 We're impressed by the project because Leang put heavy thought into it, going way beyond the mere functionality of the object to consider local production with readily available materials, a system of distribution, and the consideration of how to shape an unlikely material into the desired object. Click here to read more about the "Renkasa," including Leang's actual design and developmental sketches.